In October 2002, as Uwe Boll was finishing off the feature film version of hit computer game House of the Dead, he kindly took the time to answer a few questions: 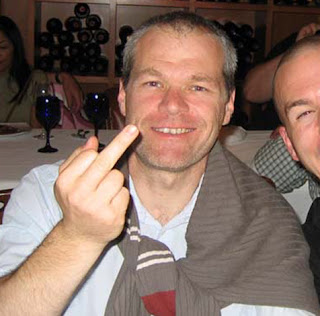 How did you get the job of directing the film of House of the Dead?
“Mindfire Entertainment bought the option from Dreamworks and they know a lawyer that I also know, so that was how we made contact. I am directing and producing the movie. The finance is coming from my investors in Germany and from France, from the producers of Lord of the Rings, Resident Evil and Brotherhood of the Wolf - Metropolitan”

‘Films based on computer games’ as a subgenre have a bad reputation. You must think that House of the Dead will beat this curse - what does your film do right that other game-to-film adaptations have done wrong?
“We want to satisfy the horror fans and the computer game fans - we have a lot of suspense, violence, first person shooter sequences - and we are fast. We have around 6,000 cuts in this movie; a normal movie has 2,500 cuts.” 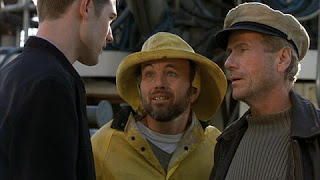 Among a largely unknown cast, Jurgen Prochnow stands out. How did he become involved, and what does he bring to the film?
“He plays a captain like the U-boat commander in Das Boot. I know him very well - so I convinced him to play this part as homage to Das Boot. But the other actors are also not unknown: Clint Howard is the brother of Ron Howard, Jonathan Cherry starred in Final Destination 2, Tyron Leitso starred in Dinotopia and Elisabeth Rosen starred in Atom Egoyan’s Babyface.”

With all the special effects and zombie make-up, this is very different from your other horror movies, Sanctimony and Amok Lauf. How are you coping with all the extra work that a big effects movie like this involves?
“We had a great crew. Great prosthetics by Bill Terizakis WCT Productions (they also worked on Final Destination etc.). Our stunt guy was also the stunt co-ordinator on Romeo Must Die; the camera crew worked on Insomnia with Al Pacino and we got a lot of people from X-Men. We shot with three camera units the whole time - every night. Every morning at 5.30am, after the sun came up, my DP Mathias Neumann and I drank a beer and drove home. We were so excited about what we were doing: so many effects, explosions, shots etc. - it was unbelievable.

“In one shot, a bullet smashed a camera lens and ended up actually in the middle of the camera! Five thousand dollars of damage - but we saved the shot and it looks perfect. It was very hard to do the movie but also enormous fun. The hardest stuff was the night-time underwater sequences in the ocean - the water was only three degrees Celsius!”

From what you have seen so far, is the movie turning out how you envisaged it?
“I'm sceptical that we will get an R rating with my director’s cut - but we will see. If not, we must cut stuff out for the R and then later I’ll do a directors cut for the DVD. The movie is a fast action horror movie and it’s looking great, real creepy. It's the first zombie movie of the 21st century.” 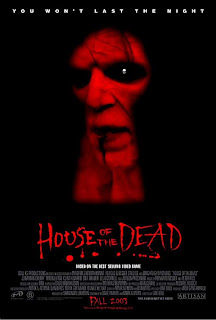 How closely are you working with the writers, Dave Parker and Mark Altman?
“I got the script and we changed a few things. The story was good but I made everything harder, faster, more creepy.”

How much more work do you have to do on the film?
"We will be in post-production until the end of January 2003. Around 25 minutes will be CGI effects footage. We will do some great sound design and add some great music, mixing a symphony orchestra with hard rock.”

When will we get to see the film?
“All the major companies are interested, so we will screen the movie at the beginning of February in LA. Whoever picks it up - whether it’s New Line, Sony, Dimension or MGM - I would think that it will be a Halloween release next year.”

interview originally posted before November 2004
Posted by MJ Simpson at 15:33