Paul Burrows, writer/director of Nature Morte, kindly answered one of my six-question mini-interviews in August 2006.

What on earth possessed you to make your directing debut with such a complex and challenging production?
“I wanted to make something I’d really want to see myself. I didn't see it as a career move or a stepping stone to greater things, and I didn't think commercially as I'm notoriously rubbish with money. I just wanted to make something that I'd be running down the video store for, asking 'Is it in yet?' days before I know it's really likely to be. So, it entirely reflects my taste, which is for dark decadent characters, old cars, vampish women, and noirish twisting whodunnits. So, I read a lot of books on film making, watched a million director's commentaries and dived in. And I've loved every minute of it.”

How did you find shooting in Thailand? Have you seen many Thai movies and were they an influence?
“Shooting was great over there, everyone was extremely helpful with locations, costumes and extra-ing. It's also cheap and you don't get too many continuity problems with the weather. The power going in and out and road and jungle noise could be a pain though. Also, recreating European interiors is very hard with the heat and materials available on our budget, so in the end we shot all the European stuff on location in England and France when we came back.

”I'd seen plenty of Thai movies; they do some fantastic epics and some great spooky stuff. But for Nature Morte I wanted a very European feel, so I didn't put in anything Thai, cinematic or cultural.” 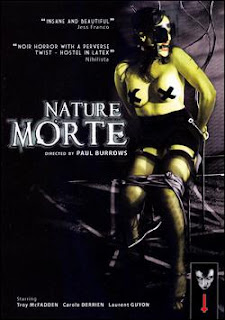 Where did you find your cast and crew?
“All over the place. Carole Derrien is my long time girlfriend so Blanche was easy to cast. The other principle characters in Thailand (bar Troy McFadden and John Lamond Jr who we got through their agent) were all friends and the parts were written for them.

“Ryan, our Thailand DOP, works in film in Bangkok all the time and he hired most of the crew on our behalf. Nearly all the crew have small cameos. Our DOP in London was Gwynn Clark who was really inventive with the limited spaces we had. The rest of the crew were people from UKscreen.com plus the usual family and friends.

“We saw Morrigan's picture on a models website, we got in touch and she introduced us to most of the girls. Michelle Esclapez we'd seen in Asylum Night and we tracked her down via Revolt Films. Romain Roll we knew through Cinenygma in Luxembourg; he has such a great face and voice, so we asked him to do Stephensen.

“Getting the right music was the most difficult single thing. At Christmas we were back at square one again, we had one track we wanted to use and that was it. Then we met Steven and Arban Severin (London Voodoo and MindFlesh respectively), and we just clicked. They understood the mood we were looking for and did a fantastic job. I'm absolutely delighted with the music.”

How close is the finished film to what you set out to make?
“Very close really. In an ideal world it would have been set in the 1960s and would've been almost entirely black and white. And of course, given the time again, there are things I would do differently. But, given the constraints of budget, it's pretty much everything I could have hoped for, but my original estimate of completion inside six months seems to have been out by two years.”

What has the response been like from those who have seen the film in terms of (a) appreciation and (b) understanding?
“I've been pleasantly surprised by the reaction as it's such a personal film. I thought its appeal might be limited to giallo fans and genre nuts. But that certainly doesn't appear to be the case so far.

“As you know, it's pretty complex but even those who've been left completely stumped have still enjoyed it. The target market, as far as there is one, is DVD sales so hopefully people will watch it again looking for the clues if they miss it first time.” 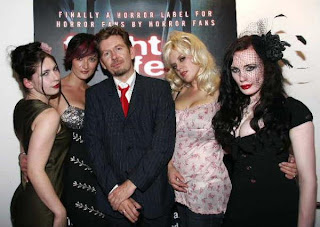 What next for Paul Burrows?
“Firstly, of course promotion of Nature Morte. But I have to do another film, as this was so much fun, so I'm working on a new script called The Torture Slide with my brother. It's an espionage story set in 1960s Turkey, but with some black magic thrown in with the assassins and belly dancers.”