This second interview with Andrew Parkinson about I, Zombie was conducted over the phone in May 1999 on behalf of Fangoria, who had picked up the film and wanted some additional material in their coverage. 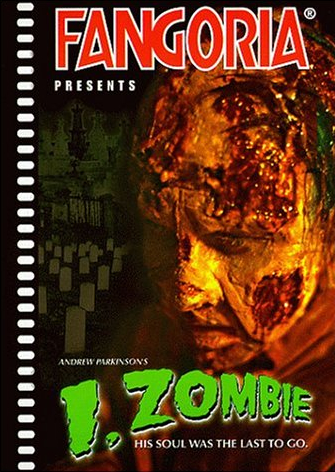 How did you get in touch with Fango?
"Well, I didn’t. The whole thing snowballed from an article that appeared in Samhain which was written by Darrell Buxton, which was really an interview ith me. This was just before it was released by Screen Edge. That copy of Samhain then travelled to America because they sell a few copies there. An American film-maker called Kevin Lindenmuth saw it and he got in touch with me and said, ‘Send us a copy of your film and I’ll do a review for an American magazine and I’ll send you a copy of mine.’ He’s writing a book, too, about making low-budget films in different parts of the world so I wrote a chapter for that for him. We corresponded backwards and forwards for a little bit, very pleasant. He watched the film with one of his mates called Michael Gingold who’s the deputy editor of Fangoria. He then showed it to Tony Timpone, and I had this phone call in the afternoon saying, ‘Hi, I’m Tony Timpone, the editor of Fangoria magazine. We really like your film.’ I thought it was Jeremy Beadle!

"He says, ‘I’m coming over to London next week,’ because he was coming over to visit the set of The Mummy at Shepperton, a $30 million production. So he said, ‘Do you want to meet up?’ which I thought was highly amusing: he was coming over to cover this huge movie and wanted to talk about this £7,000 film. So we met up, had a little chat and talked about it vaguely and he filled me in about what was happening. They were starting their own label for independent horrors. That was about it really. He said, ‘We’ll be in touch, good to meet you, blah blah blah.’ Nothing really happened then for about a month or so, then they got back in touch with me.

"They were umming and ahing about whether or not to put it out as their first release, because I think they were looking for something a little more American. But anyway, he got back in touch with me about six weeks after that; a very nerve-racking six weeks, I can tell you, because you always think these things will fall through. Then we had a conference phone call with a guy called Steve Mackler who’s the video production guy at Bedford Entertainment, the company that are putting it out in association with Fangoria. It just carried on from there. We started with a few contracts, got a lawyer which did the business and it all worked out." 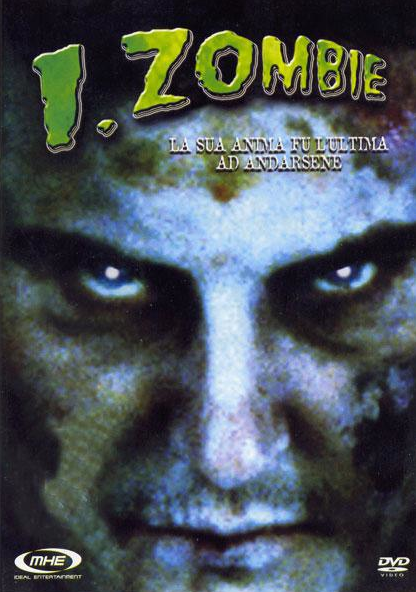 Do you know how well it’s sold on Screen Edge?
"I don’t know yet. We’re coming up to the six month mark, so it will be interesting to see. I think they do their accounts every six months and take a tally of what’s gone out there, so we should find out over the next month or two."

Has it been released anywhere apart from the UK and US?
"No, it’s just those two."

Have you shown it at any festivals?
"My biggest problem with it is I don’t have a print, and really given the cost of a 35mm print, I’m not likely to get one really. Unless somebody stumps up the cash. I’ve got a pool of money ready, but I’m going to use that either making a print or making another film. And a film is calling to me! I think that’s probably the way to go."

Capitalise on the publicity from this one.
"I think the best publicity for I, Zombie is for me to be making another film, publicise both at the same time. Certainly when I’ve spoken to anybody about it from distribution companies, the first thing they say is: ‘Have you got any more films? What else have you done?’ So with I, Zombie, I can only say, ‘Well, I’ve just done this.’ But I’m not rushing out trying to flog it anywhere. It will develop a value, if you like, over the next year or two if I can develop a small body of half-decent work. Then it becomes interesting, I think."

Is there anything extra on the DVD?
"There is. It’s quite amusing because Steve Mackler, the guy at Bedford, mentioned at the time when I sent him the VHS master, ‘Oh, we might do DVD as well.’ I thought ‘Oh yes, that will be brilliant!’ Then about two months later, he rang me up and said, ‘We need some extras for the DVD. What have you got?’ I was about to go on holiday for a week, so I had one week to get all the extras together. So we did a commentary with the lead actor, myself and the guy who did most of the sound work on the film. Extremely fortunately, we did have a small Making Of film that somebody had shot - a little Hi-8 thing, about seven minutes long - so that went in. I had a couple of scenes that I’d taken out of the released version just because it was a bit too long - stuff that was slightly interesting - so that went in. And a trailer, a pre-production trailer which we shot before we actually started shooting the film, just to shoot some 16mm and see how it felt. We shot an imaginary trailer for the unshot film. I don’t know if they’re going to use all that, but that’s what I sent to them."

Is the version in America the same as the one over here? 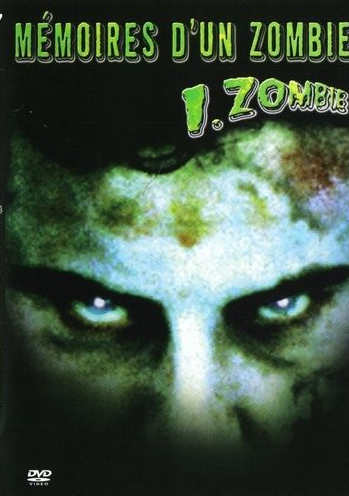 "Unless they cut it, yes. It’s uncut in his country. Certainly for the VHS market, they need it to be R-rated so it can get into the Blockbusters, which I think is a fairly sizable chunk of the market. I know they have submitted it for certification, but I don’t know what the outcome of that is yet. So it’s fingers crossed."

Are you going over there to promote it?
"They haven’t invited me yet! But I’ve got my fingers crossed. I’d love to."

If you’d known this was going to be given a decent US release, would you have made it different at all?
"That’s a good question. I would have made it different in the fact that I would have sorted the script out more than I did, so it wouldn’t have taken so long. But stuck back there with no money, you do what you can do really, trying to be as resourceful as possible which we did to the best of our abilities. So I probably wouldn’t. I think it’s the strange quirkiness that’s making it attractive to people. So I wouldn’t have put in any concessions, like an American leading man or love interest or something like that!"

What can you say about your next film?
"Originally I wantd to do something that was nothing to do with zombies, but just another horror film, but I’d written two or three treatments and the one that looked most promising was for another zombie film. So I’m going to stay with that. It’s the same universe but different characters. This time it’s about a group of girls who live together, sharing a flat in London, and of course they’re all a bit undead. It’s their misadventures, so something a bit more commercial without being too much."

If this becomes a big underground hit and a major studio says we want to remake this for $20 million with Tom Cruise in the lead, would you take the money and run?
"Course I would! Ha ha ha! Let me think about that. I’ve done my version of it, so if anybody else wants to do their version I’d be absolutely delighted and it would be enormously flattering. I’m sick of being broke."

Do they know you’ve made this film?
"Some of them do. I’ve been pretty discreet about it, really."

In case they ask you where you got your editing facilities?
"Actually I’m pretty legitimate on that front because I run a film-making workshop there. We’ve got a club, so that’s the equipment I’ve used, which is a cobbled together room full of half-working bits of equipment. But I keep my day job and my nocturnal activities seperate." 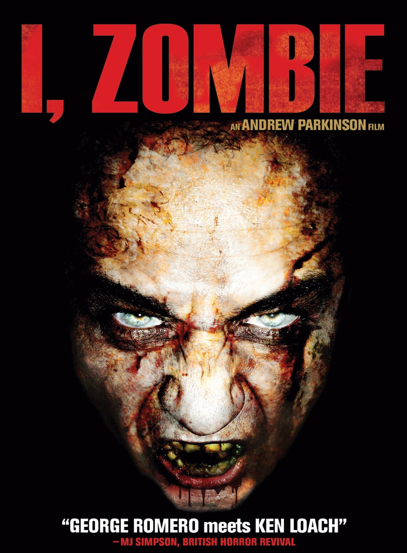 With this and Demagogue, it’s really looking good for low-budget British horror.
"It’s about time, isn’t it, really? Hopefully it will encourage more people to have a crack. I think also the DV kit is giving people the opportunity of doing something of a quality that they couldn’t normally manage, so that’s spurring people on a bit. I know quite a few people who are starting projects off and trying. It’s very encouraging, very healthy."

Have you seen the new sleeve they’ve done?
"I saw one version of it, I saw an early version. I haven’t seen the final one that they went with."

Do you prefer the US or UK sleeve?
"I like them both really. It’s really nice to have two different takes on it. It’s also nice to just hand your stuff over and let them do their thing with it, see what they make of it. The British one is fairly like one we did for ourselves, our own little promotional one, but they really jazzed it up colourwise. But the American one’s completely different."
Posted by MJ Simpson at 23:09