The Legend of Viper's Hill 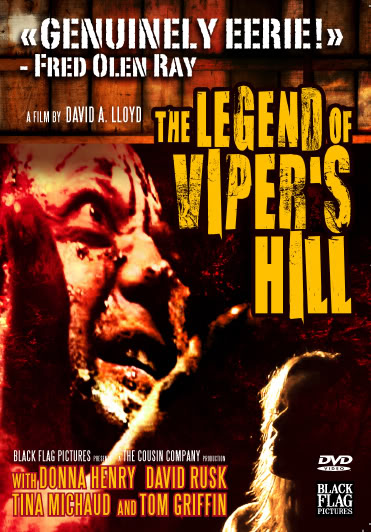 The problem with The Legend of Viper’s Hill is that, having watched it – and enjoyed it – I’m still not sure what the actual legend is. As a ghost movie, it’s a commendable effort with some frights and some action, but the basic premise is confused and unclear.

Donna Henry stars as Meredith Baron, who has inherited an old family home in the small town of Viper’s Hill on the death of her mother. Seventy years earlier, Meredith’s grandmother hanged herself after a brutal rape and the house has since then witnessed two further suicides: Cedric Plume blasted his wife and kids with a shotgun before shooting himself, and Michelle King (MJ Tedford - any film with someone called MJ in it has to be good!) sliced her own throat from ear to ear. All these incidents are seen in flashbacks and the protagonists also appear as ghosts.

Meredith travels to Viper’s Hill to view the property, accompanied by slimy family lawyer Larry Cline (David Rusk) who acted as landlord on behalf of her mother, and there they meet local handyman Clifford (Tom Griffin) who manages the day-to-day running of the place. It’s not really clear whether anyone else has ever lived there or whether the Plumes and King were the only residents in the last seven decades. What is clear is that the locals don’t like the place and its gruesome history.

Also travelling up to Viper’s Hill to view the Baron house is investigative reporter Jackie Coulter (Tina Michaud), who has received an anonymous tip-off that a descendent of Rosie Baron will be returning to the scene of the crime. 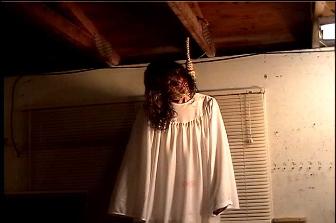 The foursome settle in for the night and various ghostly things then start happening, resulting in the deaths, somehow, of Cline and Clifford. The key words here are ‘various’ and ‘somehow’ because there doesn’t seem to be any rationale to the ghostly goings-on. Rosie Baron fades in and out of various scenes while Plume and King both appear in more corporeal form, a ghostly voice whispers people’s names, the power cuts off, scary faces or bloodied hands lunge at people. It all builds to a frantic chase round the building by Meredith and Jackie, searching for a way out, with Plume, King, Cline and Clifford appearing behind various doors. Are the lawyer and handyman now ghosts like the other two, or are those their bloodied, still-standing corpses? There is some talk of ‘Rosie’s revenge’ but revenge on whom? How and why does she kill Cline and Clifford? Why did she kill King and the Plume family? What is the ghost trying to achieve?

Down in the basement (not a good place to escape to, I wouldn’t have thought), Jackie and Meredith find the grave of Theodore Brick, Rosie’s rapist, who lurches up from his resting place, complete with scary monster face and big, rubber hands. This just makes the confusing plot even more confusing and seems to be an excuse for assorted fright/fight scenes. There is no explanation as to why he has become this deformed monster nor why the rapist is now apparently joining in with the rape victim in wreaking supernatural revenge (of some sort, for some reason) from beyond the grave.

The whole story is intermittently (and rather irritatingly) narrated by a psychiatrist and an epilogue finds him living in the house where all these events took place. But then he falls victim to yet another completely different slice of supernatural weirdness (involving his television) and the film ends with the house blowing up! 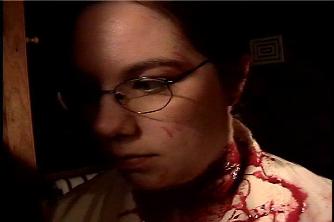 For a haunted house movie to work, it needs to be structured as a mystery story. There must be some consistency to the phenomena and an understanding in the final act – for both the characters and the audience – as to why these things are happening. Some recent indie ghost films that I have watched, such as Savage Spirit and In Memorium, have achieved this but unfortunately we get neither of these in The Legend of Viper’s Hill so we’re left with a sort of random selection of unconnected spookiness and scares. It’s spooky and scary in the right places – and if that’s what you want from a horror movie, all well and good - but the story, such as there is, simply doesn’t make much sense. Nor is there really anything by way of character development, with much of the dialogue limited to Clifford and Jackie explaining the history of the house to Meredith. (There’s one especially odd scene, when the power is off, with Jackie saying she is going to fill in the time by taking photographs of the house – while it is in pitch blackness. That left me scratching my head.) Overall the film needed some serious script revisions - and it’s a real shame that the script lets the film down in this way because production wise it’s a good little indie movie, using its limited budget well and scoring highly in terms of direction, acting, photography and sound.

The other problem is simply that the house used looks like something built in the 1970s rather than the 1930s, so it’s difficult to see how anything could have happened there seventy years ago. That’s actually a fairly big problem because almost all of the film is set within the house. The music (by Dennis Williams) isn’t great either, truth be told, emphasising scares which would work fine on their own. 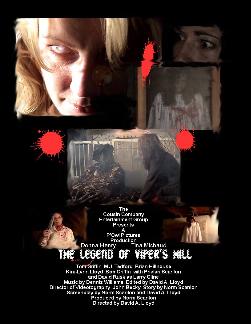 Horror film-makers need to understand that an unexplained movement in the background is much, much scarier if we are left wondering whether we actually saw anything or not. If it is accompanied by a music stab, we know we saw something and that, naturally, makes it less scary. Too many films, both big and small, use their score to tell us what is happening on screen when we can see what is happening, thank you very much.

If it sounds like I’m being unduly harsh on The Legend of Viper’s Hill, I don’t mean to be. This debut feature from Canadian indie outfit The Cousin Company (director David A Lloyd and producer Norm Scanlon are the cousins in question) is a commendable achievement. Hopefully the cousins can learn from this movie and do something really impressive with their second feature.