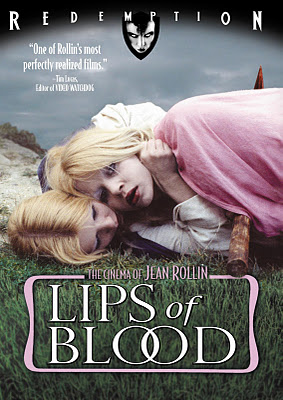 Think of the Redemption video label and you think of lesbian vampires. Think of lesbian vampires and you think of ever-so-slightly obsessed French director Jean Rollin (Le Viol du Vampire, Lost in New York etc). So it seems entirely appropriate that Redemption should kick off their long-awaited rebirth with Rollin's Levres de Sang. Having said that, although there are girlie vampires in this film and there is a hint of lesbo action via a bisexual female photographer and her naked subject, there are no actual lesbian vampires (unless they're in a stronger edit somewhere).

In the manner of 1970s European horror films, this is enjoyable nonsense from the first shot in which a woman wearing what appears to be Edwardian garb gets out of the back of a minibus. With a couple of blokes, she carts a pair of coffins down to a crypt where a tiny wooden cross in the doorway will keep their occupants constrained. It's a surprisingly well-lit crypt with sunlight streaming through a window even though it's night-time outside.

Our main story concerns a young chap (co-writer Jean-Loup Philippe: Pussy Talk) who has memories of having spent a night in a ruined castle as a boy with a young woman (Anni Belle: House on the Edge of the Park, Anthropophagous 2). His mother has always denied that this happened, but when he sees a photo of the castle he recognises it and sets out to investigate.

After that it all get a bit bonkers. He meets the young woman again, unchanged, but also an older version of her who may be the real one. The tiny wee cross gets kicked over and four young blonde vampiresses in various states of diaphanous undress emerge from the two coffins and start overacting madly. The man's mother has him drugged and kidnapped, not unlike the opening title sequence of The Prisoner. It's yer typical Euro-horror schlock. 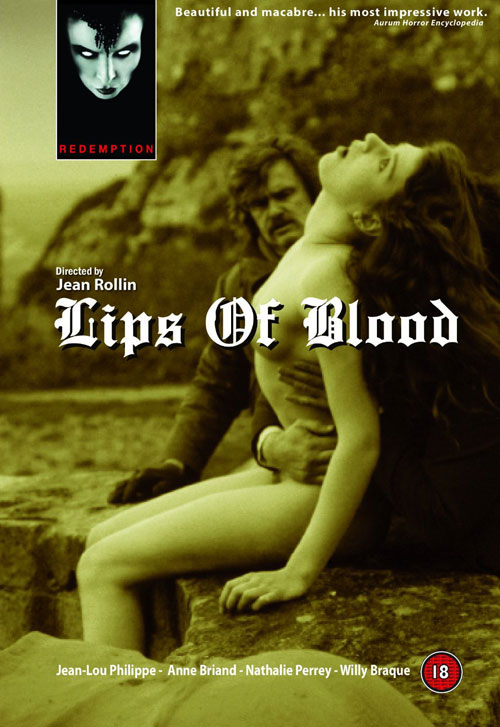 Like most Rollin films, the movie makes up for in stylistic touches what it lacks in sensible storyline, good acting or decent production budget, not least because of some classy cinematography by Jean-Francois Robin (Belphegor: Phantom of the Louvre and - blimey! - Betty Blue!). Several of the cast were in other 'Rollinades': Paul Bisciglia (The Nude Vampire, Requiem for a Vampire), Nathalie Perrey (Two Orphan Vampires) and twins Catherine and Marie-Pierre Castel (The Nude Vampire).

A special mention must be made of the vampire fangs which really look like they were bought for a couple of Francs down the local joke-shop.

review originally posted before November 2004
Posted by MJ Simpson at 21:14