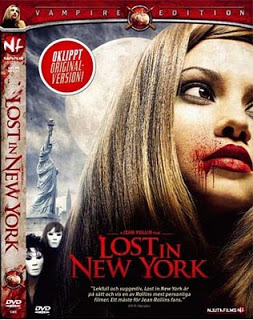 Dear God, I’ve sat through some bollocks in my time but Perdue Dans New York takes the biscuit. It’s a pretentious, arty, plotless, amateurish collection of largely random ideas which is as boring as it is incomprehensible. The best thing you can say about it is that’s it’s only 52 minutes long.

Of course, if you’re a big fan of Jean Rollin and his somewhat, erm, distinctive approach to film-making (Requiem for a Vampire, Lips of Blood etc), this rarity will be high on your must-see list and nothing I can say will dissuade you, especially as two ultra-rare early Rollin shorts are included as extras on the UK disc. But I should warn you: there’s only one vampire and no lesbians.

A young black woman, naked under an overcoat, wanders up a European street and sits down. An old widow wanders along the same street holding a carved African statuette which she calls a ‘Moon Goddess’ and around which she spins a flashback memory of when she was (by the looks of it) nine or ten. In a presbytery garden she meets a younger girl, Marie (the older girl is called Michele) who shows her the Moon Goddess statue.

The two girls climb up some steps to a wooden balcony where they find a bound volume of pre-War pulp fiction stories (referred to in the voice-over as a ‘travel magazine’). A montage of early pulp illustrations is accompanied by Michele listing lot of different cinematic (and occasionally literary) characters and elements which they could explore through the book. Films specifically mentioned include King Kong, Les Yeux Sans Visage, Modern Times, Citizen Kane and, rather cheekily, several of Jean Rollin’s own films - this was the only interesting or entertaining moment in the whole film.

They decide to use the Moon Goddess to send themselves to New York, aged 23 but they arrive (with a comedy sproing! sound effect) at different locations and spend the bulk of this short feature searching for each other around Manhattan while a male voice (Rollin himself?) provides obtuse narration. 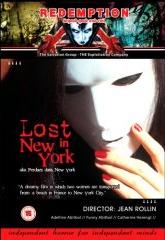 One of the girls goes up to a rooftop where she has a tussle with a girl armed with a flick-knife. There is a sequence set at an abandoned amusement park and there is, as one must always expect with a Jean Rollin film, a female vampire although she doesn’t do much. Eventually the girls meet up on a bridge and spend about five minutes dancing round in circles.

Back in France, the widow witters on about the statue some more and throws it on the ground whereupon the black chick (remember her?) jumps up, acquires a new hairdo and some tribal make-up and starts a naked quasi-African dance which continues in on-and-off cutaways to the end of the picture. The widow wanders down to a beach (near Dieppe, I believe) where she meets another old lady who is the other girl equally aged. They then head off into a cave in the cliffs.

The cast includes Catherine Herengt and Sophie Maret (first AD and wardrobe mistress respectively on Emanuelle 6, which Rollin scripted around this time) and Nathalie Perrey and Marie-Laurence (both in Rollin's Two Orphan Vampires and La Fiancée de Dracula). Max Monteillet (Oasis of the Zombies, Lake of the Living Dead) is credited with cinematography; Janette Kronegger (The Living Dead Girl, La Fiancée de Dracula) was the editor; Philippe d’Aram (Fascination, The Living Dead Girl) provided the music.

Reviews of this film, and indeed Rollin’s oeuvre as a whole, tend to use terms like ‘poetic’ and ‘dreamlike’ but ‘random’ and ‘haphazard’ might be better adjectives. There are lots of lengthy shots of people standing still in various places and often, for no apparent reason, characters wear expressionless white masks. Both dialogue and narration is full of portentous, pretentious quasi-poetry and the whole thing makes not one lick of sense. Let me be clear: I don’t mind films that make no sense if they’re enjoyable but this is simply bloody tedious, even at less than an hour.

It’s also remarkably technically poor, with lighting in shot/reverse-shots often not matching. What happened, apparently, was that young Monsieur Rollin suddenly found himself with the time and money to go to New York with two actresses and a camera. Once there, he shot lots of footage of the actresses walking, running, standing still and eventually meeting up. Then he came back to France and worked out how he could use this footage. He shot some scenes with the two little girls and some scenes with the old ladies - not forgetting the naked black chick. Then he cobbled the whole thing together and flogged it to French TV, who put some startling video-generated end credits on the film. 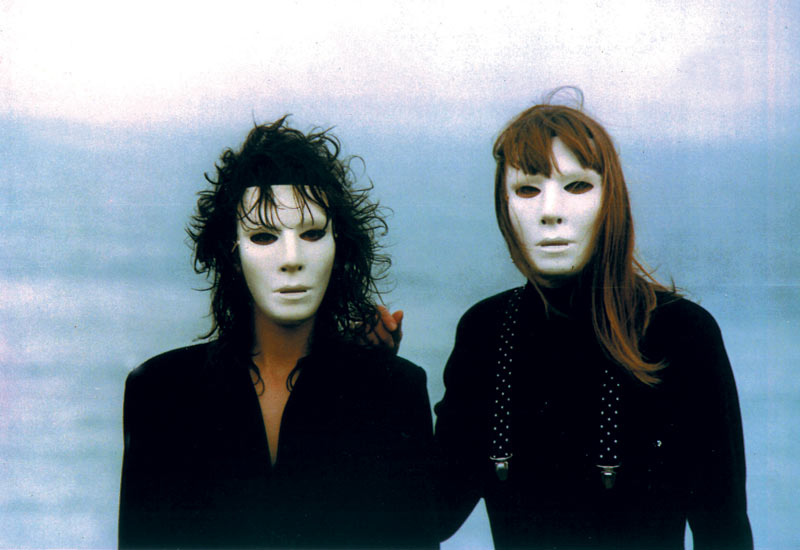 Quite apart from the artistic quality, Redemption’s print is very scratchy at reel ends, despite being “remastered from the original negative”. Still, despite the film being bobbins, they have come up trumps with the extras. There’s the usual selection of trailers (99 Women, Venus in Furs and City of the Dead) and tracks from Redemption CDs, plus ten stills. But what makes this package worthwhile - for Rollin completists at least - is the inclusion of two ultra-rare early shorts from the director.

Les Amours Jaunes (1958) is a ten-minute, black-and-white visualisation of a poem of that title, written by an obscure 19th century French poet named Tristan Corbiere. Corbiere died when he was thirty, completely unknown, but his work was discovered several years later and Les Amour Jaunes (literally The Yellow Loves but translated here as These Jaundiced Loves) is his best known poem. I’m no great aficionado of old French poetry but my limited knowledge of the language suggests that it’s really rather good. Unfortunately, the subtitles translate the poem’s lines literally without any attempt at poetry so you really need to know a smattering of French to appreciate it.

The images consist mostly of a bloke wandering aimlessly around a beach (possibly the same Dieppe beach that was used for Lost in New York thirty years later). At one point he chases two children away and about three quarters of the way through there is a succession of Picasso-like drawings for no apparent reason.

Les Amours Jaunes was Rollin’s first ever film. He followed it with Ciel de Civre, L’Itineraire Marin and Vivre en Espagne then Les Pays Loins (The Unknown Country) in 1965 which was his last short before his first feature-length production, Le Viol du Vampire. From there it was lesbian bloodsuckers pretty much all the way to the present day.

Les Pays Loins (the Inaccurate Movie Database can’t even get the title right) is a more conventional narrative, runs 15 minutes and is also in black and white (both short prints are in much better condition than the main feature, ironically). In this film a young man wanders through alleyways and passages until he eventually finds his way onto a street, accompanied by a young woman whom he doesn’t know but who is equally lost. Neither is sure where they are or how they got there and all the locals speak an unsubtitled, incomprehensible language (there are some German words but they’re not speaking German). 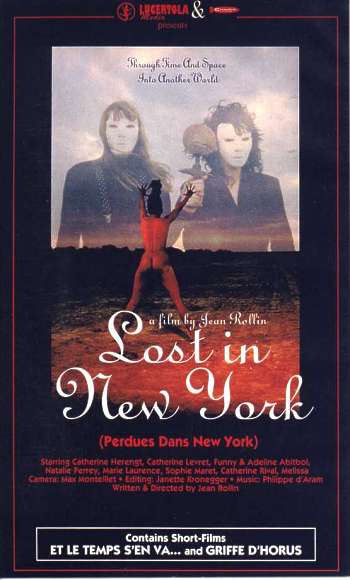 At one point, the man spots the house of a friend (who speaks French) but his pal is in a hurry to get to the airport and doesn’t even tell him the name of the town. At another point, the couple wander into a bar where a group of black men are playing, and dancing to, some cool jazz. The whole film, in fact, has a very beatnik, bongo-laced jazz soundtrack. After a quarter off an hour it all just sort of ends.

Redemption’s DVD extras are often disappointing so it’s a delight to be able to heartily recommend their inclusion of these two very important early works by a well-known director. However, one’s appreciation of them does depend on understanding and liking Rollin’s work in general, to the extent of even enjoying Lost in New York - which I, sadly, thought was crap.