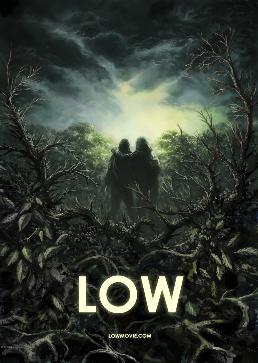 Occasionally trailers deceive in the opposite direction. Case in point: Low, the second feature from Ross Shepherd (Heathen, The Kingdom of Shadows). Both the teasers and the main trailer give the impression that this is basically a film about a psycho who kidnaps and abuses a young woman in the leafy countryside. Let’s face it, that’s a ‘plot’ we’ve all seen a hundred times - and avoided seeing even more frequently because we know it’s going to be shit and don’t even bother watching the damn thing.

Now, were Ross Shepherd to make his variant of that well-trodden path I have no doubt it would be one of the better examples of the genre. But this isn’t it. This is something altogether different . Something clever, original, disturbing and genuinely horrific. This is one of the most upsetting, shocking, bleak, depressing, grim and downright horrible films you’ll see all year. I loved it.

What I can’t do in any detail is tell you why it’s so good, because although it does start with a young woman, Alice (Amy Comper: Death) alone in the leafy countryside, and although she meets an odd-looking, oddly behaved bloke, Edward (David Keyes: 102 Dalmatians, Theatre of Souls), and although he forces her to come with him, nevertheless this is not standard psycho territory by any means. 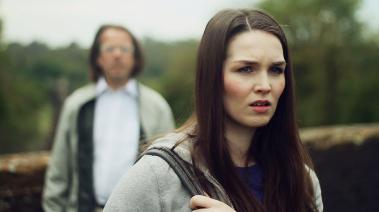 Through clever use of flashbacks - some momentary, some extended - to both their lives, we learn more about both characters. These flashbacks are not presented chronologically and some of them change their significance later in the film. And on a purely technical level, they are all clearly identifiable as flashbacks because they have been photographed differently to the main story. It’s amazing how many aspiring directors miss out that obvious, crucial step. I watched a British indie recently (no names, no pack drill - I didn’t review it) which was packed with flashbacks or flash-forwards or hallucinations or alternative timelines or I don’t know what. And they were all photographed the same as each other and the same as the main story - rendering the film a massive hodgepodge of unconnected scenes that was literally completely impossible to follow. Anyway, back to Low...

Two-handers like this (there are a couple of other minor, albeit important, characters) often fail because one or both characters are essentially characterless. Some films have a bland victim attacked, some have a bland attacker, some don’t bother creating a character for either, relying solely on the artificially engineered, simplistic clash between the two. What is very noticeable about Low is that both Edward and Alice are sufficiently fascinating characters that either could have carried the film alone without the other. I mean, it would have had to have a completely different plot, obviously, but neither character is a simple cypher.

Edward has a background, an immediate past and a long-term past, which makes him who he is. But Alice also has secrets which make her who she is - and she’s not who or what we think she is at the start of the film. Jamie Tighe’s script cleverly swings our sympathies between the two, in fact he brings them together before pushing them apart again in a perfect three-act structure. The twists and turns in the script are genuinely shocking and alarming and best experienced with as little expectation as possible, which is why I’m going to tell you nothing more and I advise you to be careful about reading too many other reviews in advance. That said, I am in no doubt that a little foreknowledge will not significantly spoil the film and it is sufficiently engrossing that you will swiftly forget what you know and still be shocked when it happens. 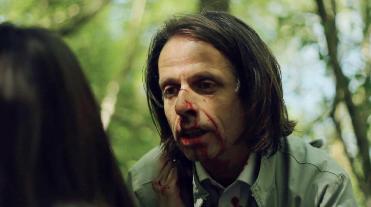 Shot on a tiny, tiny microbudget, the entire production crew consisted of Shepherd, shooting on a DVLR camera; soundman Tom Bartlett (The Last Dream, The Switch) who does a magnificent job, especially given that most of the film was shot in the open with birds, traffic and other noises to deal with; and Tighe, doing everything else basically. Shepherd edited, Shepherd and Tighe produced and Scott Mungin (Bystander) provided the music. That’s pretty much it.

Hugely impressive though the microbudget production is, and jaw-dropping good as the script is, the whole thing would collapse without two absolutely superb performances at the heart of the film. And Comper and Keyes (who coincidentally both had tiny roles in The Wolfman) deliver in spades. Keyes has a tough job as Edward, who starts out initially as just odd and socially awkward but later develops in both negative and positive ways, eliciting both our hatred and our pity. He could so easily have gone over-the-top but he is beautifully restrained, yet never in a clichéed or unbelievable way.

Meanwhile Comper’s Alice develops equally magnificently from a wrong-time-wrong-place innocent into a complex, multilayered character for whom we feel a mix of sympathy and scorn. There is one moment, when she could escape but goes back, that just seems to be a lazy cliché: what could possibly be worth returning to danger for when a busy road full of potential saviours is literally yards away? It is a measure of the strength of Tighe’s script and Comper’s acting (not forgetting Shepherd’s direction) that we shortly find out why Alice turned around - and the rationale is utterly believable and realistic. We would all do the same in the circumstances.

Comper, as Alice, is also called on, in one of the flashbacks, to react to something utterly horrifying and repellant. Not in a cheesy, horror-movie sense but something that can and does happen in real life but should never happen to anyone ever. That Comper is able to pull off this scene is testament to a rare acting talent. 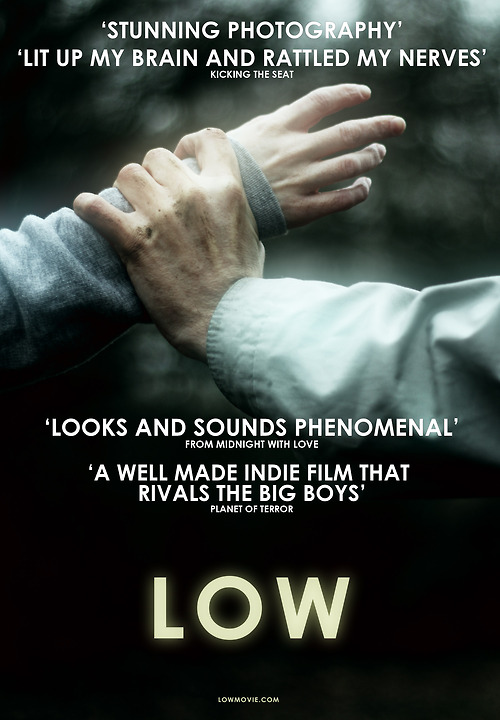 Darran Cockrill (also in Shepherd’s short Inside) and Jamie Tighe’s dad Stewart play the other two characters while Amber Coombs (recently seen in Steve Balderson’s Culture Shock) has a couple of lines as a doctor.

That’s almost all I’ve really got to say about Low. The tiniest of quibbles are that the introduction of a shotgun towards the end seemed slightly arbitrary and the very, very end, a montage of newspaper clippings and radio voices, was a jarring infodump which I’m not convinced was necessary, although we do learn something from the very last line which slightly changes our understanding of matters.

Watch Low if you get the chance. It’s not cheery, it’s bleak and grim and in places quite savage and heartless, but it is also a tale of hope, redemption, loss, power, weakness, compassion, horror and, above all, family.