Julian Richards showed great promise with his short student films and then got his break with Darklands, his ‘homage to Hammer’ which was, to all intents and purposes, The Wicker Man in 1990s Newport. Despite a lead performance by the notoriously wooden Craig Fairbrass (Proteus, Cliffhanger) - without whose participation the film would simply not have been made - Darklands proved to be a corking exercise in industrial-gothic paranoia.

Richards followed this with Silent Cry, a thriller which has so far only been released in Germany. Cannily, he used his £50,000 fee from Silent Cry to fund the first film made entirely by his Prolific Films company. And here it is. (Not to be confused with the 1982 slasher The Last Horror Film.)

I have seen the film on the big screen twice now, with UK and US theatrical distribution still a few months away, and have been fortunate enough to see it without knowing the plot in advance. If you would also like to enjoy the film, which I’m rating ‘A+’, and which stars Chris Adamson from Razor Blade Smile and Evil Aliens as a psychopath terrorising a bunch of American teens - or does it? - without prior knowledge, then stop reading now and come back to this page after you’ve seen the movie. If you can. 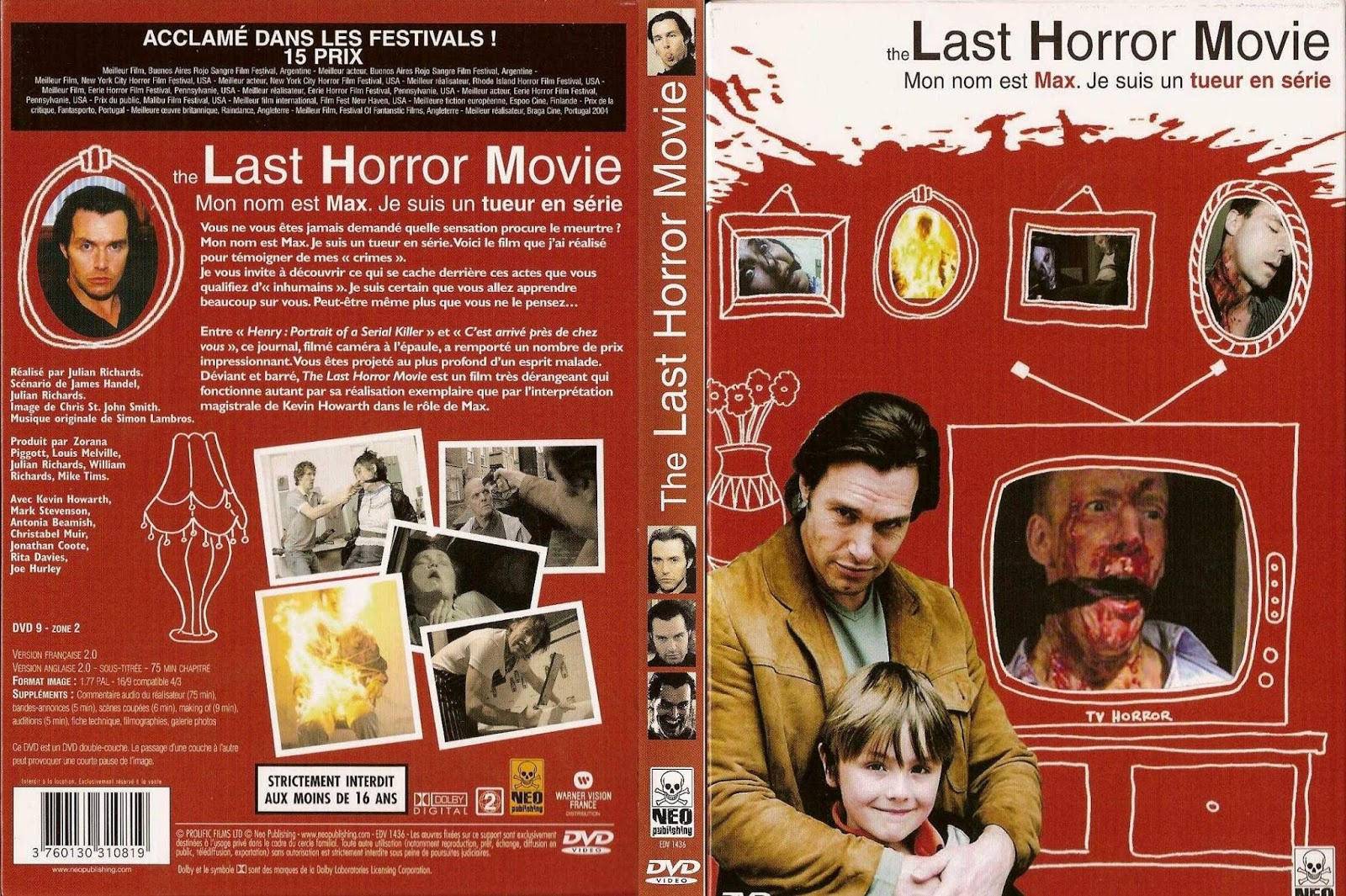 Have they gone? ‘Cause there be spoilers ahead!

So: fifty grand. For an entire, professional, feature-length movie? Like all the best ultra-low budget films (and certain unwatchable shit), The Last Horror Movie uses its financial limitation to its advantage. Shot on DV using available light sources, it’s a video diary recorded by a calm, amoral psychopath. This is a film which wears the influences of Man Bites Dog and Henry: Portrait of a Serial Killer as unashamedly and confidently as Darklands did with its own antecedent.

Kevin Howarth (Razor Blade Smile, The Ghost of Greville Lodge) plays Max, who makes his living shooting wedding videos but whose hobby is altogether more brutal. Using an assistant/protege named James (Mark Stevenson), Max is making a film about himself. James follows him around, videoing him with friends, with his sister and her arsehole of a husband, even having tea round at his gran’s. And he also films Max killing by a variety of unpleasant methods - stabbing, strangulation, bludgeoning with a meat tenderiser, etc. 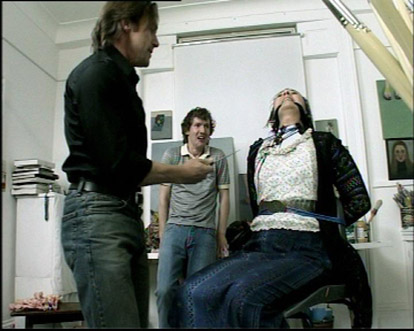 This is a nasty film, but also a compelling one. We’re never asked to judge Max, and he comes across as a bit weird but kind of fun (his two young nephews think he’s great because he does dinosaur impressions). Max receives no punishment for his crimes, he achieves no redemption, he just is what he is and does what he does. Like Henry, he doesn’t seem to get off on it; the video diary is actually his way of exploring his own motivations. The fact that he shoots and edits videos for a living justifies decent camera-work which makes the film eminently watchable.

A film like this could very well be a one-joke story (which is not to say it’s a comedy, but there are elements of very black humour) but psychology-trained writer James Handel, working from a treatment by the director, creates not only a fascinating character but real narrative development. The film starts as the aforementioned teen slasher flick, over which Max has recorded his own home-made film. And towards the end we start to discover that we’re not the first people to watch this film but that it could very well be, for us at least, the last horror movie.

The great irony here is that the film’s central conceit works best on VHS, in which situation this will be a genuinely terrifying film to rent. Metro Tartan are releasing this theatrically in the UK and Bedford Entertainment/Fangoria are putting it into US cinemas; on the big screen the film is just as scary but can’t have the same personal, emotional impact. Nor will a DVD. But don’t worry. Rather than being terrified, you’ll be relieved that you’re not in a position to be terrified.

I am confidently expecting The Last Horror Movie to be a big hit, and possibly a controversial cause celebre. Already, it is selling out at festivals. It does exactly what it sets out to do and does it brilliantly, helped by some terrific performances, most notably Howarth of course, and also some fantastic effects courtesy of Paul Hyett (I Zombie, Lighthouse). The cast are largely unknowns - recognisable faces would have destroyed the illusion - but include Antonia Beamish (Dead Creatures) as Max’s friend Petra, Mark Stevenson (Man Who Sold the World) as Max's assistant, Rita Davies (The Wolves of Kromer, Monty Python’s Flying Circus) as his gran, Paul Conway (Penetration Angst) and Jonathan Coote (Razor Blade Smile, Virtual Terror, The 13th Sign).

Do everything you can to see this film.