Makdee: The Web of the Witch 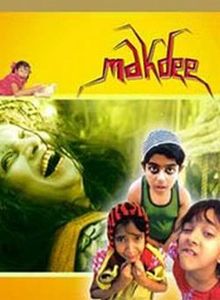 Munni and Chunni are identical twins - bright as a button, about eleven years old - who are distinguishable only because Munni has a mole on her upper lip. Munni is clever, good, sensible and respectful, while Chunni is naughty, cheeky and lazy and sometimes disguises herself as her sister using a fake mole. The girls live with their widowed father, a toymaker, and their almost blind grandmother. Chunni’s best friend is Mugale Azam, a fat orphan who was adopted by the alarmingly bewhiskered local butcher Kallu, who uses him almost as a slave. Chunni sometimes sneaks out at night to meet with Mugale Azam and trade toffees for homework.

Just outside the village is a spooky old house, home to a mad witch - called Makdee, though she is not named on screen - who changes people into animals. All the villagers are terrified of the place because everyone who has ever entered the house has emerged transmogrified. We see this for ourselves in the prologue, when a young thief seeks refuge from an angry mob in the witch-house - and re-emerges as a goat (still wearing his vest!). The voice of reason is Masterji, the girls’ teacher, a rationalist who dismisses the idea of witches and ghosts. 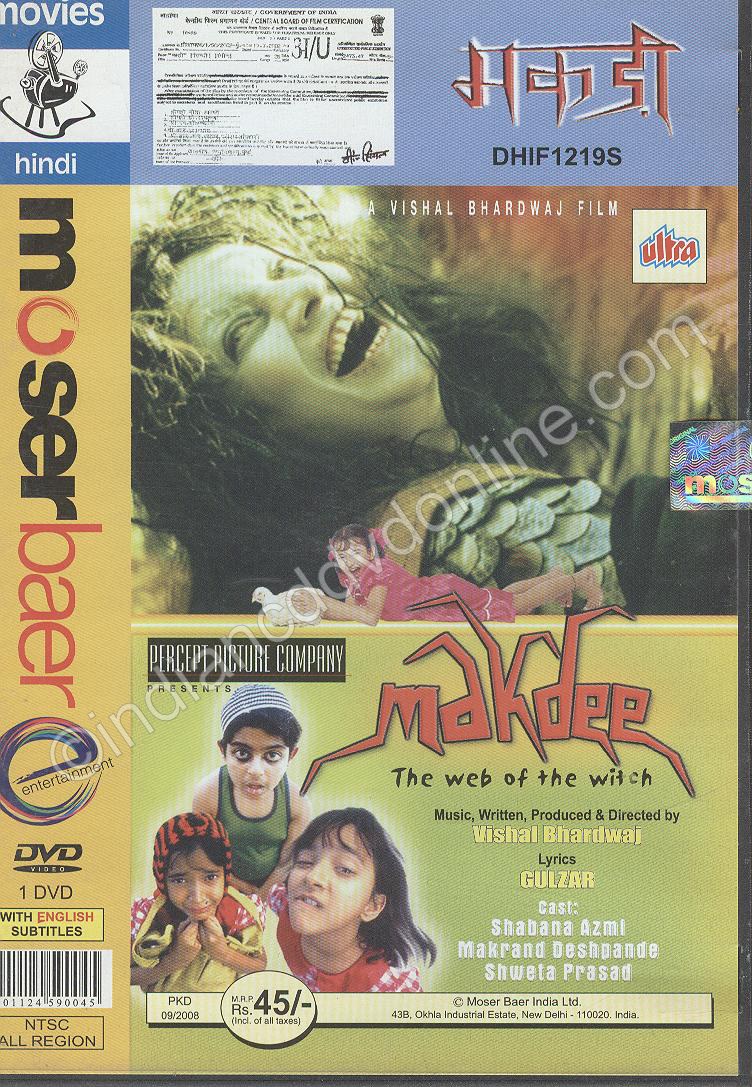 Mugale Azam’s puppy Aladdin disappears into the witch-house and so does Munni, who subscribes to Masterji’s scepticism, when an angry Kallu chases her, thinking that she is Chunni (Chunni has let all of Kallu’s hens out of their cages, then persuaded the butcher that she is really Munni - are you following this?) The witch turns out to be a scary-looking young woman who is about eight feet tall with wrinkled grey skin, a frizz of black hair, differently coloured eyes and long, claw-like fingernails. The camerawork when we see her is very good - atmospheric, scary, speeded-up tracking shots around her to a pounding beat.

Feeling guilty, Chunni bravely enters the house to rescue her sister, only to find that she has been turned into a chicken. The witch allows Chunni to take Munni home if she will bring her instead one hundred real chickens. This sets up Chunni’s great double dilemma: she must fool her father and others into thinking that she is both Chunni and Munni, while also sneaking out every night to steal a chicken or two from Kallu. The little girl realises how important family is - we see flashbacks to her mother’s death - and learns the meaning of responsibility. Alas, the chicken that is Munni disappears and Chunni discovers that Kallu has taken it, assuming it to be one of his escapees. Now she has no way of knowing which hen is Munni, who will suffer the same fate that all the other chickens will - beheading by the butcher! And she still owes the witch 92 chickens.

The solution to the mystery comes when Masterji enters the house and is turned into a dog. Mugale Azam recognises this as Aladdin, which means that the witch isn’t really transforming people into animals, she’s actually kidnapping them and just sending animals out to maintain the charade. The two children, emboldened by this knowledge, cautiously enter the house and discover the horrific truth for themselves, while Aladdin runs back to the village, where Kallu recognises him and comes to the same conclusion.

The whole thing is an elaborate deception, involving trapdoors and spooky make-up, to provide slave labour to help uncover a buried treasure. With Kallu’s help, Chunni saves the day and the witch is punished; she is beaten up by the kids she kidnapped and imprisoned and there is one shot from her point of view of the kids moving in which is pure Lord of the Flies-style horror. As an epilogue, we see that the treasure has been sold to a museum to pay for new facilities in the village, Kallu realises how awful he has been to Mugale Azam, and Chunni is declared a hero. 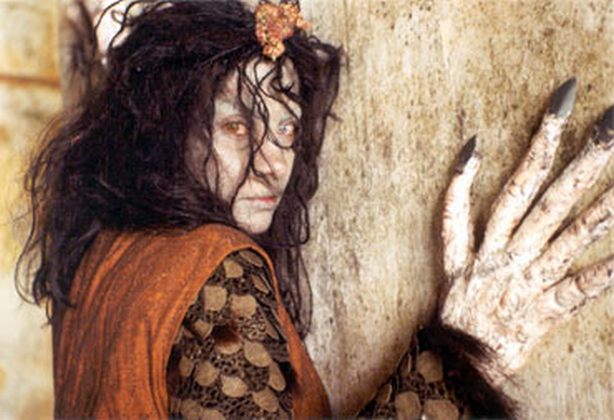 What an absolute gem of a film. It’s like an old Children’s Film Foundation movie, with bad adults and good adults but kids saving the day. Of course, being an Indian movie it has to have several songs in it, but they are well-integrated and help to define character without detracting from the plot (and unlike many Indian films, it is only 90 minutes long!). The actors are all great, especially Shweta Prasad who stars as both Chunni and Munni; she is a real star and has also appeared in TV series such as Khani Ghar Ghar Ki and CID. I’m very impressed at the direction and editing that allows the twins to appear on screen together without, obviously, expensive CGI. I assumed, until I checked the cast list, that I was watching India’s answer to Mary-Kate and Ashley.

Alaap Majgavkar provides good comic relief as Mugale Azam. Among the adults, writer/director/actor Makrand Deshpande clearly has a ball as the rotten-but-redeemed Kallu, while Shabana Azmi is very effective as the witch. Azmi is a big star in India, having acted in a wide range of both arthouse and populist films for directors such as Satyajit Ray, and has even made a few western films, including Madame Sousatzka and Son of the Pink Panther. She is the only Indian actress to have won four National Awards (the Indian equivalent of the Oscar or BAFTA) and is also a politician, campaigning strongly for women’s rights and for the rights of the poor.

Director Vishal Bhardwaj started as a composer - a much more important role in Bollywood, where most films are musicals, than in the west. Makdee is his feature debut as director after helming two short films for Indian TV. The camerawork, sound and production design (by Samir Chanda, who later worked on Krrish) are all very good, especially the spooky interior of the witch’s house. If anything lets the film down for international audiences it’s the subtitles which contain a lot of grammatical errors, suggesting they have been translated rather literally, though they are nevertheless easy to follow. 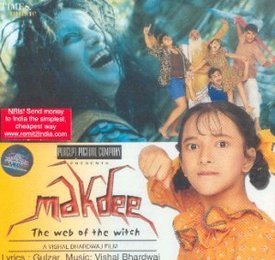 Makdee: The Web of the Witch received glowing reviews when it opened in India, many pointing out how rare it is for the world’s most prolific national film industry to actually make a kids’ film. It has played various international film festivals, winning an award in Chicago. This print - on-screen English title just Makdee - was screened as an afternoon matinee at Phoenix Arts in April 2003 and attracted an audience which was an interesting mix of both ages and races. The children all seemed to love it and it certainly has broad, cross-cultural appeal, as well as being a great way to introduce children to the idea of foreign language films, so it would be nice if it could get a more general release. Funny and scary in just the right measure, it is, as I say, a little gem.


(According to an interview with Shwetap Prasad - who lists her favourite films as Terminator 2, Edward Scissorhands, Jurassic Park, Matilda and Scooby-Doo - she is now shooting Karishma ka Karishma, an Indian version of dodgy 1980s American sitcom Small Wonder, presumably as the lead character, a little girl who is really a superintelligent android. I would love to see an episode of that!)


MJS rating: A-
review originally posted before November 2004
Posted by MJ Simpson at 23:11