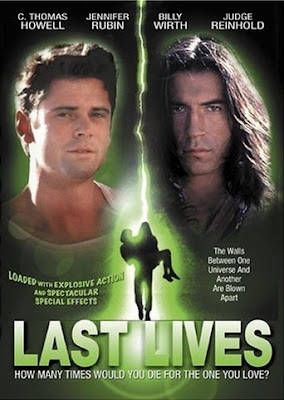 I picked this up in a charity shop and fully expected it to be shite. As it turns out, while Last Lives is far from what you could call ‘good’, by the end I was actually quite interested and starting to enjoy it.

Judge Reinhold (Gremlins, Big Monster on Campus) plays a bonkers scientist on a parallel Earth who thinks he has found a way of transporting people between the two worlds - his and ours. Well, I say parallel (and so does he) but his world is a global totalitarian regime with technology impossibly far advanced from ours, so there’s not that much parallel about it. Reinhold’s character, incidentally, is named Merkhan which unfortunately sounds enough like ‘merkin’ to provide some juvenile humour.

For his test subject, the government provides him with a convicted rebel, Malakai (Billy Wirth: Body Snatchers, Space Marines) who wears his hair long and has two expressions: slightly moody and very moody (well, three if you include ‘blank’). He is suitable because he is obsessed with his deceased true love - another rebel who was killed when they were captured - and so has some sort of psychic link to her equivalent in our world. This turns out to be a woman named Adrienne, played by Jennifer Rubin (Screamers, Little Witches, Sanctimony) in a hairstyle that makes her look so much like Big Brother presenter Davina McCall that it is difficult to think of anything else when she is on screen.

After an initial brief foray into Adrienne’s bedroom, Malakai breaks out of the massively spacious (but entirely unfurnished) high-tech cell which he shares with two psychopaths, Khafar and Benza (Robert Pentz - Cyborg - and David Lenthall - The Rage: Carrie 2 - who were both in The Stepford Husbands). These two never say a word but grin whenever they kill people (which they do, a lot). They can be distinguished because one of them is skinny with an automatic rifle and one is fat with a grenade launcher, but I’m not sure which is which.

Malakai and his two goons knock Merkhan unconscious and zap themselves from his massively spacious (but almost entirely unfurnished) laboratory to our world ... arriving outside a church just as Adrienne is inside getting married to Aaron (straight to video king C Thomas Howell). They knock out the congregation with some sort of gas bombs, stab the best man with a bloody great knife, knock out Adrienne with a sort of gas-mask thing and then shoot Aaron. Actually, the skinny psycho blasts away with his M16 (weapons technology being one of the few things in his world that is parallel, apparently), knocking chunks out of the pews behind which Aaron is ducking - and this is not a big church, so the range is about ten or twelve feet tops - without hitting him until he stands up.*

Grabbing the unconscious Adrienne, the three bad guys make their escape in the white stretch limo parked outside, just as Merkhan zaps himself into existence on the church steps.

Before he left his world, Merkhan took from an alcove a large cylinder with ten things wrapped round it that look like futuristic wristwatches. He puts one of these on Aaron and, hey presto, his wounds disappear and he returns to life. Merkhan tries the same trick with the best man but to no avail, apparently because he has been dead slightly longer. In the background, we see someone trying to stand up but it’s not clear whether this is the congregation coming round or just an extra who wasn’t paying attention. (We do later hear on a police radio that, “Everyone in the congregation is wandering around like zombies.” Which of course isn’t grammatically correct, but what are you going to do?)

Merkhan and Aaron set off in pursuit of the limo, using some sort of telepathy to determine its route, I think. Malakai is certainly a telepath, absorbing a knowledge of cars and driving skills by touching Adrienne’s temples. Anyway, Merkhan explains what these wristwatch doodads or ‘lifebands’ actually do, and this, I felt, was worth transcribing exactly because it is some of the most ring-a-ding technobabble I have ever come across: 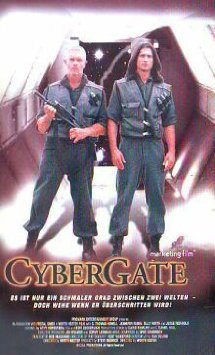 “Each lifeband is a muto-genetic cloning stimulator. I designed them to be activated by the biomechanisms of dying. Within a short span of time, depending on the severity of the damage, the body can be fully reanimated.”

The limo stops at ‘Stan’s Gas and Food’ to refill, where Khafar and Benza decided to kill everyone inside the diner for no apparent reason. Before leaving, they fire a grenade at Aaron’s rapidly approaching car which explodes but remains in one piece, smashing into the petrol pumps, which also explode, although not as much as one would expect. Incredibly, Aaron and Merkhan both survive intact although they are critically injured; Merkhan gives Aaron the remaining lifebands so that he can track down Malakai (who apparently presents a terrible threat because he will “kill everybody” though it’s not clear how or why).

There were originally ten lifebands but two were damaged (apparently) and Aaron has already used one. He slips the other seven onto his arm just before expiring, but his injuries then disappear (in quite a nice morphing shot) and he is whole again. His next problem is the cops who turn up, led by Lieutenant Parks (JC Quinn: Maximum Overdrive, CHUD, The Prophecy). When they arrive, Aaron has changed into the gas attendant’s overalls for no obvious reason (and they are suspiciously devoid of bloodstains). He tries to escape in a police car but is shot through the head (“Nice warning shot,” says Parks, drily) but one of the lifebands activates and brings him back to life, enabling him to drive off as the cops look on in amazement. (Thinking about it, he’s fortunate that all seven lifebands weren’t “activated by the biomechanisms of dying” as that would have blown his remaining lifelines.) The middle act of the film is then a long car chase between the limo and the police car.

What we have here is the idea of limited immortality: Aaron can cheat death six more times. He has seven lives and he has just used up his first one. Unfortunately, this means that not only do we know that any potentially fatal threat won’t harm him, but we are actually counting down the lives as they are used up and will know when the crunch comes. There is also no real link between the idea of an escaped convict from a parallel world and a wristband which can restore the dead to life. This feels like two movies which have been merged into one.

Malakai, his goons and his hostage hole up in a large, deserted hunting lodge, to where Aaron tracks them. This final act perks up a lot (apart from a short, tasteful sex scene which starts as Adrienne dreaming about Aaron before jolting into reality when she wakes to find Malakai on top of her). Once Aaron is sure that he can’t be killed, he despatches the two goons by luring them, one at a time, into fatal situations then committing suicide. One of these tactics involves blowing himself up and there is a neat but loopy shot of a hand and arm melding back together. It’s loopy because we subsequently see that although his arm may have been blown to bits, his sleeve remained intact. And you have to wonder at his luck that the other arm, the one with the lifebands on it, did not become similarly detached and cause all the devices to fall off.

The ending, as cops surround the lodge, is not terribly surprising although it does contradict what it says in the video sleeve. There is a short epilogue, set a few years later, which presents a nice twist in a surprisingly clever way.

Despite my initial misgivings, this worked out okay. The first act is bollocks, admittedly, and the middle act car chase is singularly uninvolving, but the third act, as Aaron turns his defence mechanism into an offensive weapon, is not bad at all. None of the acting is spectacularly good but none is spectacularly bad, possibly because none of the characters are particularly deep or complex. The script makes sense within its own parameters and doesn’t try to cheat, although there is some decidedly dodgy dialogue. I particularly enjoyed Malakai’s description of his world as: “A world where war was constant, life was torture and dreaming was a punishable offence.” That’ll be Blair’s Britain then (little bit of politics...). And Parks has a corker of a line, even if it is meant ironically: “Don’t worry about any crazed killers speeding away from here. We’ll deal with them at the right time.”

Also in the cast are Richard Fullerton (who was also in The Stepford Husbands) as Merkhan’s boss, the extraordinary-looking John Bennes (The Night Flier, Children of the Corn II, Weekend at Bernie’s) as the minister at the wedding and writer Dan Duling (who has written plenty of other scripts but has no other produced credits) in a cameo as a cop.

Worth Keeter kicked off his directorial career with the straightforwardly titled lycanthrope picture Wolfman in 1979, taking in such stereoscopic classics as Tales from the Third Dimension, Rotweiler: Dogs of Hell and Hot Heir before settling down to a career making episode of Power Rangers and other less well-known Japan-derived Saban product (VR Troopers, Beetleborgs, Masked Rider). 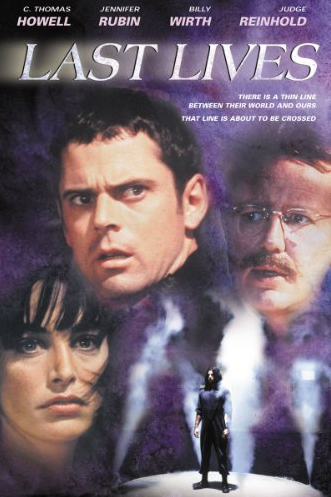 Producer Steve Beswick was also responsible for Alien Express and Tim Bond’s The Shadow Men. The Inaccurate Movie Database lists John Kramer as executive producer which would be an unusual career move if it actually was the Canadian editor of that name. In fact the two executive producers of this Promark/Videal GmbH movie are Jon Kramer (The Shadow Men, Metamorphosis) and Conny Lernhag. Cinematographer Kent Wakeford also lit China O’Brien I and II and Some Folks Call It a Sling Blade while composer Greg Edmondson contributed music to Firefly, Quantum Leap and, erm, Cop Rock.

* LJ Brooks of Kingston, Ontario informs me that this not in fact an M16 but "a gazed-up copy of a Sterling-Patchett 9 mm Submachine gun".
Posted by MJ Simpson at 20:47