Jason Ford, directly of Community, kindly answered some questions for me in March 2013. 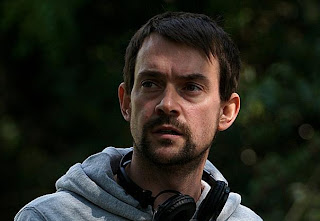 What was your intention in making this film, and to what extent do you think you achieved that? “My intention was to make a horror that was relevant to our times and draw inspiration from lots of classic horrors. I see Community as a Frankenstein picture about modern day Frankenstein monsters. Our intention (as New Town Films) was to make a micro-budget horror with high production values, social commentary but with commercial appeal. I think we did that.“

How did you assemble your cast and crew?
“We started by contacting the crew from our first feature, then found out that like ‘getting the band back together’ most of them were either alcoholics, too old or ironically, too expensive for us. So we started from scratch which is a mixture of excitement and hell on earth (especially when the reality hits them this really is micro-budget). We used Casting Call Pro initially then recommendations.

“Regarding actors, we try to use those we know. Elliott Jordan was in our first film and was perfect for the character of Will. Paul McNeilly who plays Auntie is a good friend from my youth theatre days and has appeared in all my film work. Jemma Dallender we found through a casting call on Spotlight. She is a film star (soon to appear as the lead in the I Spit On Your Grave sequel, as a direct result of Community).” 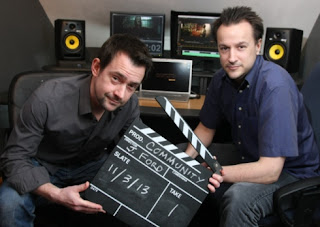 What are your thoughts on the 'hoodie horror' genre and where do you think Community fits into that?
“It’s a tricky one as the very term ‘hoodie horror’ can initially cause many eyes to roll, for it feeling somewhat cheap, derivative and colloquial. But the fact of the matter is, it continues to be a very real fear and a proven threat to a growing part of modern society. Which is perfect for tackling in the horror genre. I think Community sits comfortably at the edge of this genre. Like Britain in Europe, if you will. Not totally in or out. Maybe the term ‘antisocial horror’ would be more all encompassing. Can we put it forward?”

What do you think works best in the film, and what would you change if you could?
“Difficult to say. It’s a toss-up between the tension in the basement with ‘the Pack’ and the fat-bloke living-room-wrestle to ‘Jerusalem’. There’s nothing I would change but there’s lots I would enhance. But the reality is we were lucky to have a film at all.”

How do you go about casting and directing child actors for a fairly extreme horror film like this?
“We found our two child actors through local open auditions as we couldn’t afford ’professional child actors’. We had a sit-down with the parents and told them the kind of stuff their roles would entail and I must admit I felt it may be the last we see of them when I handed over the script for them to read (and bearing in mind that the script had far more detail in it). I think us having a track record helped, plus the fact I made it clear to the parents none of the violence was gratuitous. 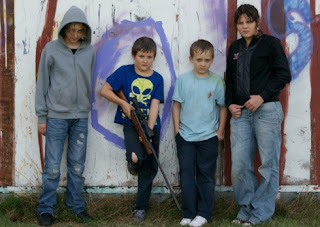 “As far as directing the the children, it was a case of keeping it very low key, less is more, and not pushing too much. We found that out on the first day when, on the studio set Ben (Mac) got quite overwhelmed by the tension of the set, the lights, the crew, the older actors, the perceived seriousness. After some daylight and fresh air, I got a member of the crew to stand in for him and he watched the scene rehearsed on the monitor. This relaxed him and geared him up, especially as the crew member was impressively funny and rubbish in equal measure. I guess the trick is to remind them its all pretend and that they can’t see what you’re seeing.”

What is next for New Town Films?
“We have another horror that is getting interest. It’s more comedy/horror, set in the world of dieting. I think Community would work well as a TV series, so I’ve been working on a treatment for that. In the immediate future, Community has been selected for competition at BIFF (Brussels Fantastic) which is fantastic, so we’ll go there and support it and have a drink or two.”