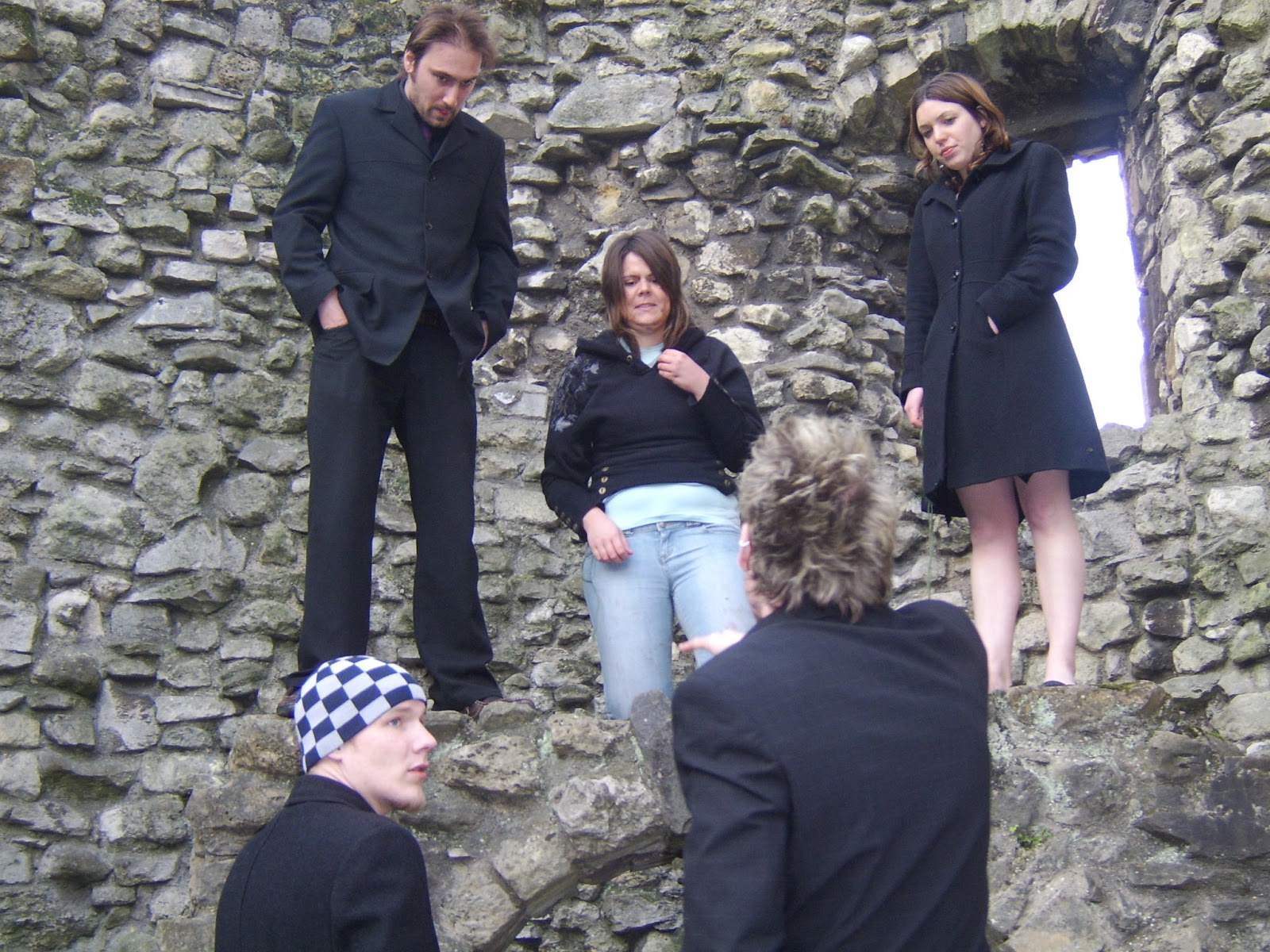 Internal Evil starts out as an impressive and enjoyable crime caper, gradually mutates into a quite reasonable supernatural thriller and then falls apart at the end when it turns into a silly action film, to the extent of actually having a character firing a gun while leaping sideways. This is a shame, because the first half of this little indie is a corker.

A millionaire businessman’s daughter, Danielle Sheridan (Sarah Rees - not the TV presenter), has run away from home just days before her 18th birthday (the screener sleeve says ‘16th birthday’ which is a curious mistake to make). Three small-time crooks know where she is and plan to kidnap her then get a £300,000 ransom from her father. American extortionist Josh (Irish-American actor/wrestler Blake Norton) has the idea and the insider knowledge and he recruits two acquaintances who don’t otherwise know each other: businesslike prostitute Sara (Elizabeth Mollison: Twisted, Embargo) and impetuous hitman Max (writer/producer Joe Daniels with a shaved head and an impressive ‘tache).

The runaway teenager has ordered a fake ID from one of Josh’s contacts so the trio wait in a multi-storey car-park with the intention of grabbing the girl when she collects the item. But before they can move in, two hefty blokes named Mr Stokes (Simon Wakeford: Risen) and Mr Weatherby (Andy Race), whom we saw chasing Danielle under the opening titles - and all credit to the film-makers for not making us sit through an interminable list of names before the action starts - appear and grab the girl, shooting the surprised ID-supplier in the head.

In the ensuing fracas, both henchmen are shot, as is Max. Stokes is knocked out and bundled into a car boot but Weatherby, who took two bullets in the chest at close range, disappears. When Josh and Max look around, the body has gone. Meanwhile Sara corners the frightened Danielle, knocks her out and brings her back.

The disappearance of Weatherby is the first hint that we’re dealing with the supernatural here. Josh receives a warning from local fixer Crazy Nick (James Lawrence) that Danielle’s father Jeffrey Sheridan (Ian Draper, who was in a stage production of Cannibal! The Musical!) hides some dark secrets but when Josh goes round to Crazy Nick’s flat he finds Nick dead at the hands of the very much alive Weatherby. He also finds two photos of Sheridan, one recent and one apparently dating from the 19th century.

Long story short, Sheridan cut a deal with a demon named Luthos, granting him immortality in return for the use of his first-born daughter as a vehicle for Luthos to take on human form when she turns eighteen (or something - it’s not clear why a male demon wants to take the form of a female human). Luthos must be a very patient demon because Sheridan apparently waited more than a hundred years before having a daughter. He is divorced from Danielle’s mother (Gabrielle Amies: Call Me a Psycho, Roswell 1847) who secretly keeps in touch with her daughter by disguising her letters in envelopes claiming to come from a book club (although I don’t know of any book club which sends out communications in hand-addressed envelopes). 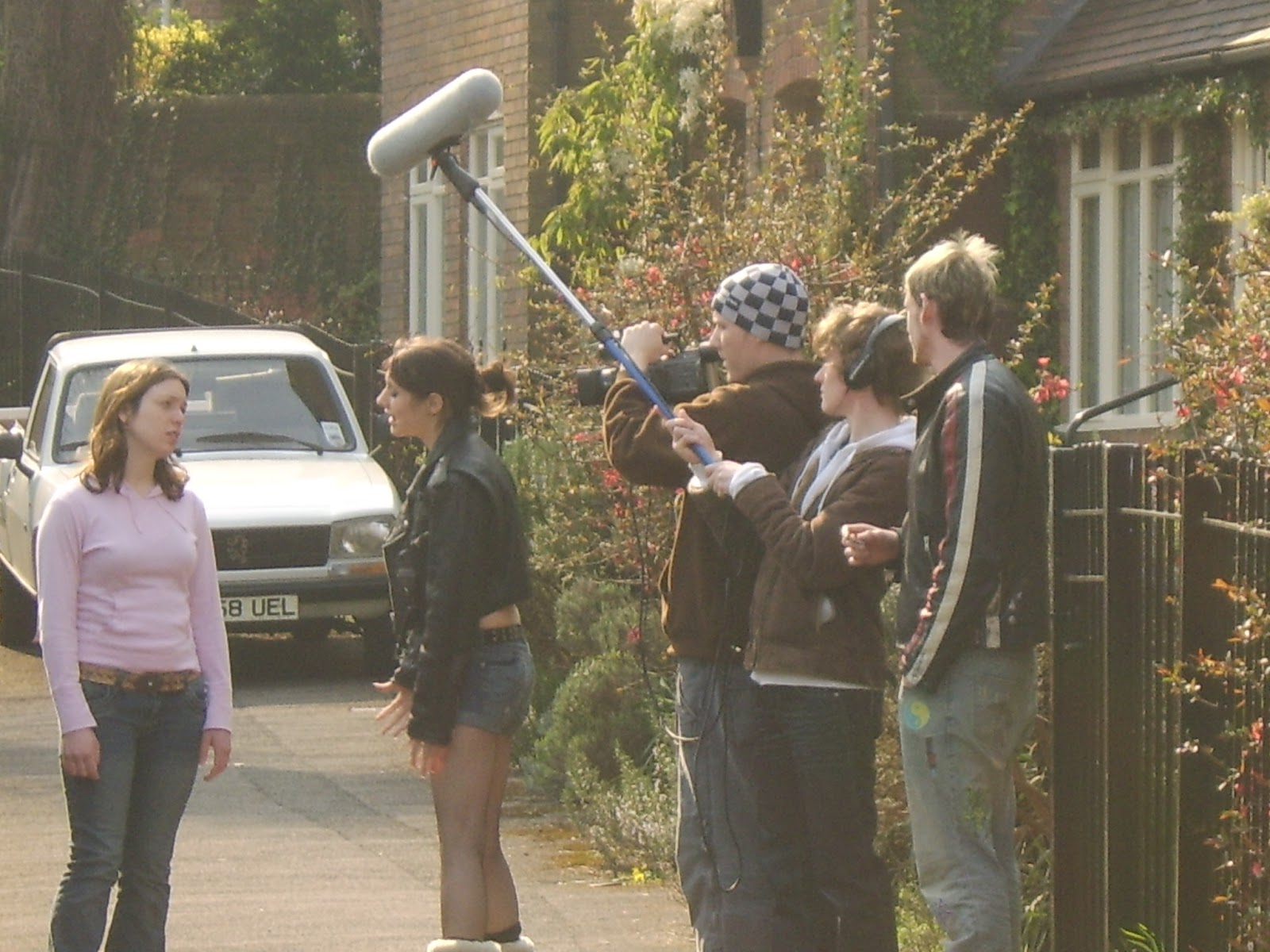 The talkative Stokes and the taciturn Weatherby (who I think has one line of dialogue in the whole film) are minor demons of some sort, assigned by Luthos to ensure that Sheridan keeps his side of the bargain.

I was frankly disappointed when what was shaping up to be a decent little crime flick developed this convoluted and largely unexplained supernatural back-story. The characters seem to rather easily accept that demons are involved; there is no mention of any religious context; and most surprisingly of all, no-one ever wonders whether Sheridan, Stokes and Weatherby are vampires. No-one except the audience that is. In fact in one scene Stokes tears someone’s throat open with his teeth which really, really makes the audience assume that we’re dealing with vampires here.

It all culminates in a ceremony overseen by Stokes in which anonymous victims have their throats slit and their blood daubed on Danielle’s forehead, while Max fights Weatherby somewhere else, having somehow survived being killed and having somehow escaped from shackles in a dungeon. (If any of that is explained, then I missed it.) For these last scenes, Sheridan (who turns out to be trying to save his daughter, even though the best way would surely have been to let her run away and not send two demonic henchmen after her) acquires several previously unmentioned, presumably human guards. So the ceremony consists largely of people we’re never seen before and know nothing about being ritually slaughtered by other people we’ve never seen before and know nothing about. Call me picky, but that’s not what I call a tension-filled climax.

Sheridan also turns out to own something called (I think) a vorpal blade which, in an utterly arbitrary bit of deus ex machina plotting, is (we are told) the only thing which can kill a demon. It looks just like a letter-opener and he keeps it in his sock drawer, as far as I can tell.

The whole film ends with Max and Sara arguing over whether or not Danielle should be allowed to live, which is just one of many great moments of character conflict in the script. Unfortunately it’s let down by an abrupt and bizarre ending which I’ve rewatched twice and still don’t fully understand. Something to do with Luthos possessing Sara instead of Danielle but it really doesn’t make much sense. In any case, by this point we’ve sat through a whole load of cheap and silly action clichés that completely spoil the atmosphere and intrigue that was set up in the first half of the picture.

It’s all a shame because Internal Evil has some good characters and some fine acting. The three leads are all excellent (and perfectly cast) while the supporting players are mostly very good, working well with credible and well-crafted dialogue. The camerawork varies enormously, sometimes excellent but towards the end so heavily contrasted that it looks like the scenes were intended to be shown in 3D. The editing, shared between director JK Burgess and producer Joe Daniels, is very good and the story is commendably trimmed to the bone rather than dragging on for ever like some indie films of recent vintage. The sleeve of this screener disc says the film runs “approx. 80 mins” but that’s stretching the concept of approximation somewhat as it actually clocks in at sixty nine minutes. 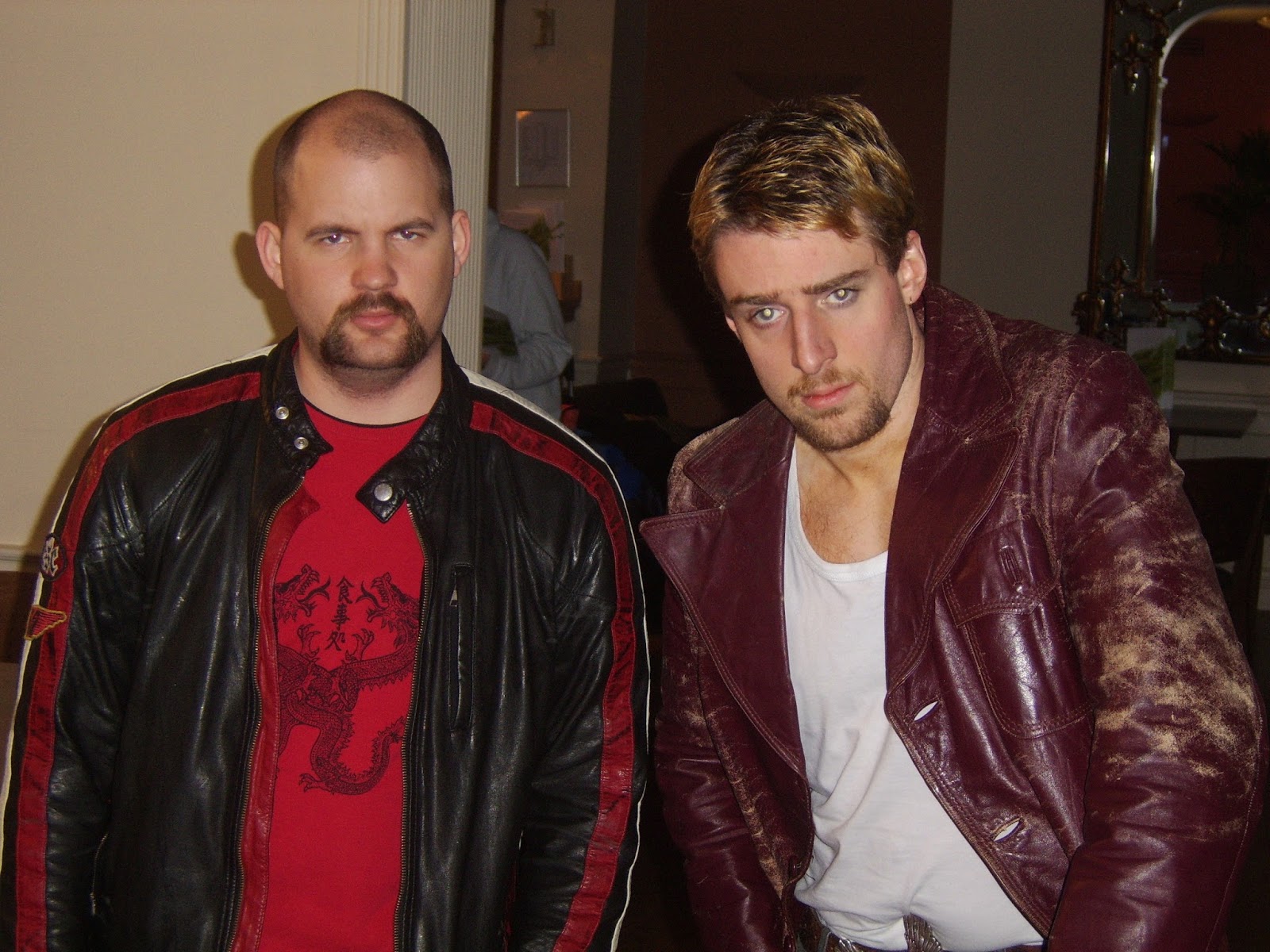 Joe Daniels, who wrote and produced Internal Evil, is a young man who started as an actor in the films of Neil Jones, including The Bond and The Lost. His directorial debut was a thriller called Give and Take on which the cinematographer was Simeon B Davies - who is executive producer of Internal Evil. The DP on this picture was John Terry. Sian E Booth handled the make-up which includes some impressive gore effects.

The music is credited to Neil Durkin, David Llewellyn and Nick Oxlade - and here lies the film’s biggest problem (well, second biggest as the biggie is its uncertainty over what type of movie it wants to be). Now, I’m not qualified to criticise music. I know nothing about music, me, and regular readers may have noticed that I rarely give it more than a passing mention. I can’t honestly tell the difference between good film music and bad film music - but I can spot loud film music.

The score on the soundtrack of Internal Evil barely lets up for a moment. It’s constantly there and far too high in the mix. I have often commented on how low budget films are very often let down by their sound but usually it’s the sound recording that’s the problem. Internal Evil’s fault lies in the sound mixing with this endless, intrusive music sometimes drowning out the quieter dialogue patches. Background music should stay in the background - if indeed it’s needed at all.

There are some other sound problems which could similarly be fixed in post. For example there are two phone conversation where the person on the other end of the line is given no voice treatment at all, momentarily confusing the viewer into thinking that the character is actually just off-screen. Some sort of voice treatment facility was available because it is used for Luthos at the very end although that voice is so distorted that it’s difficult to make out what he is saying.

Also the many gun-shots seem (ironically) too quiet - and can someone explain to me when it became standard practice to put computer-animated flashes on screen whenever a handgun is fired? Do people not notice, when watching the news, that handguns do not make any sort of bright flash, they just go bang? This just looks like the various characters are shining loud torches at each other. Indie film-makers of the world, listen to me. Handguns make noise, not light. You are spending time and effort on a visual effect which makes your film look worse, not better.

Anyway, that’s Internal Evil, which began life as The Touch, was retitled Internal Evil: The Crossing, then became Bleeding the Damned (the title on this screener’s main menu) and finally just Internal Evil (which is on the scene selection menu). None of these titles actually mean anything or have any direct connection to the film, so far as I can see. 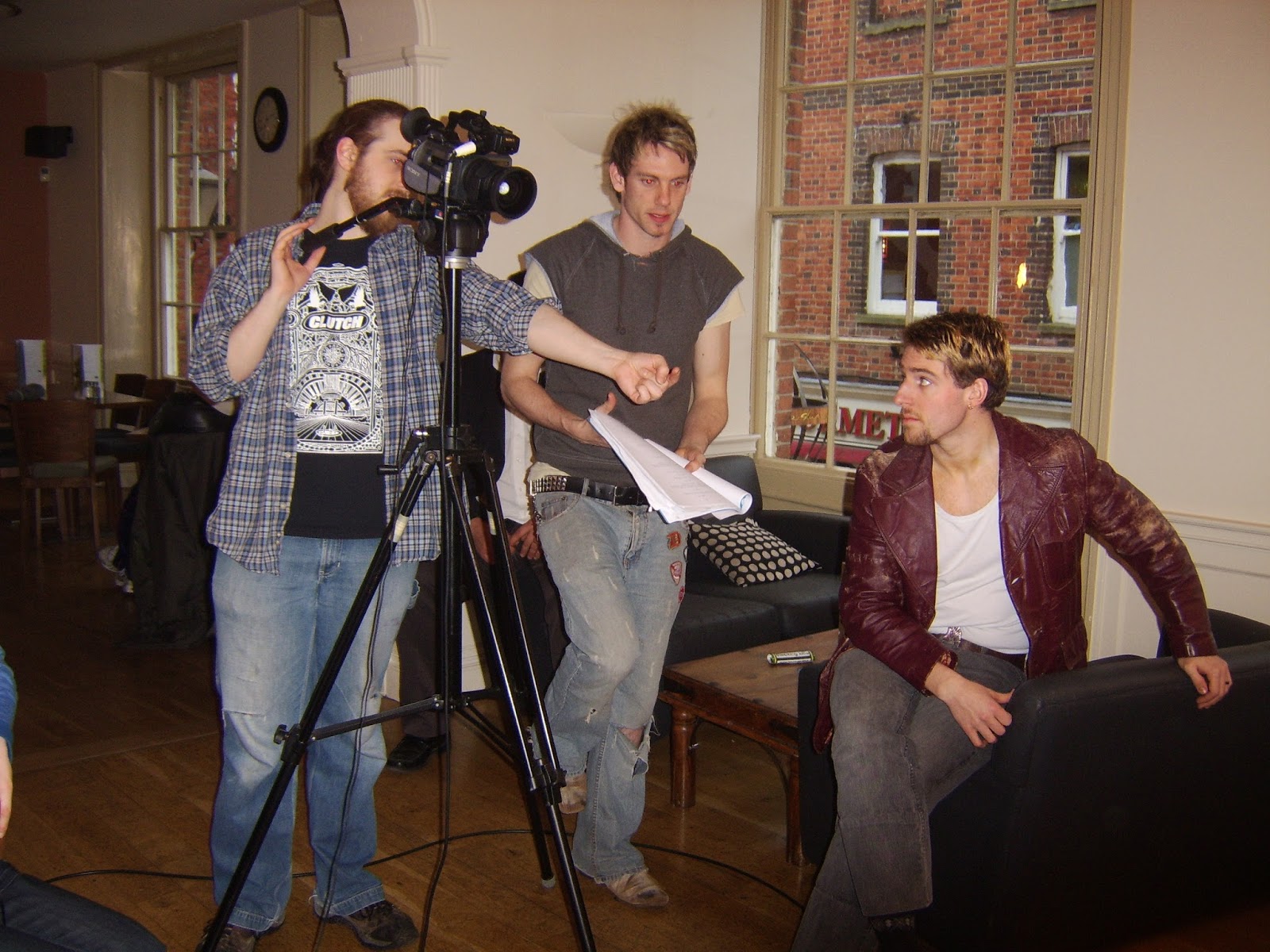 There are few things more frustrating for a film journo than watching a picture which starts great and then loses its way. If Internal Evil had stayed like its first segment it would have been great; if the whole film had been done like the middle, supernatural-themed part then it would have been okay. But the daft action finale spoils the whole thing. On the one hand, Joe Daniels and JK Burgess have done some terrific work here in terms of actors and characters. But on the other hand, the script falls apart as it descends into nonsensical fights and chases while the demonic back-story just doesn’t seem to fit together adequately. I would like to see more films from these people, but I would prefer them to work in one genre at a time.