I interviewed Jim Wilberger in Slovakia in August 2003 where he was producing the Hallmark mini-series of Frankenstein. 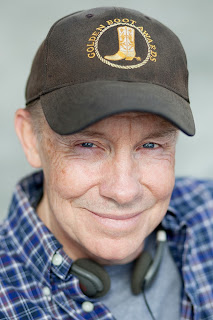 This film is different in many ways to previous versions, because of its fidelity to the book.
"Yes, for example Victor is a university student. He’s not Doctor Frankenstein, he’s just a student."

You’re only the second or third version to include the Walton scenes, which are fairly integral. They were in the Branagh version.
"There was a version about ten years ago that was done for TNT in the US, with Patrick Bergin. There are some Arctic scenes on that. It certainly wasn’t as extensive a set as this show. I was at TNT at the time although I didn’t really work on that show, but I saw what they created for that show and this is much more extensive certainly."

How did this production actually come together?
"It originated through Hallmark; some of the people at Hallmark came to me at some point and said would you be interested in producing a Frankenstein? My first question was: why? How many times has this been done? Why should we do it again? They weren’t even sure why, other than the fact that they thought there was an audience for it."

Do they have a committee in a room whose job is to come up with titles of shows?
"Sure. They are focussing on classic books. They want to do mini-series of classic books and this was certainly one to start with. So there certainly is the germ of the concept there: let’s base it on the book. Pretty quickly I was on a plane, coming over here with Roger La Page the co-producer and a production designer, and we started looking around and scouting locations. At the same time we were reading the book and getting everything out of the book that we can while we were looking at locations. And it became clear that the way to go was: let’s stick to the book as much as we can because no-one’s really focussed on it that much. So that was how it all began. Then after the scout we hired Kevin Connor, and Kevin was very much into that idea as well. So we just married all our ideas together and continued on that path." 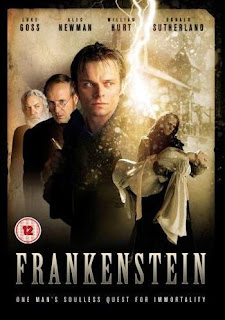 Why are you shooting in Bratislava?
"We scouted in five countries. We came here first actually, then we went to Croatia, Romania, Budapest briefly and Prague briefly. I really didn’t think we couldn’t afford to shoot in Budapest or Prague because it is more expensive there."

And everybody knows what Prague looks like now because it’s been used so many times.
"That’s true. Prague has become a very expensive place to shoot. I did a show in Prague three years ago, Mists of Avalon, which was a big show and pretty expensive, but even between then and now... This show certainly could not afford to work in Prague; we just don’t have enough money for that. The number one thing is to get as much bang for your buck as you can. It came down to Romania or here basically. We found very good crews in Romania, a very good studio set-up.

"But the best locations were here, absolutely the best locations. The Frankenstein villa, the family home, we found that here. We had a lot of trouble finding that in other countries because a lot of the old villas in the communist countries were turned into state-run houses or orphanages or official buildings. They would gut the insides and put in these little rooms. And you need the contrast. You need Ingoldstat locations, which is the university town, which we could find in a variety of places, but they’re right here in Bratislava, that baroque-looking architecture.

"Then we also needed little villages that looked completely different from that, and we could not find the villages anywhere else except in Slovakia. Here they have a number of places they call ‘museum towns’ where they’ve taken old houses that were destined to be torn down and brought them and preserved them and rebuilt them and they’ve created these villages. They have no sign of the twenty first century; there’s no wires, no signs, nothing. So when you walk into these villages you feel like it’s two hundred years ago - which is exactly what we needed."

What about the infrastructure here? People and equipment?
"There is actually more than I expected. We thought we’d have to bring in a lot of the key staff but we ended up finding some real gems here. The woman in charge of make-up has worked on probably fifty Italian movies. The Italians love her. She’s going to Rome right after this picture to do her next picture. She finished an Italian movie just before this and she’s just wonderful. She’s one of the best key make-up artists I’ve ever worked with. We’ve found a great script supervisor who’s local. The art department, the set construction people, set dressing, props - they’re all local people and they’re all excellent. They’re doing a fantastic job." 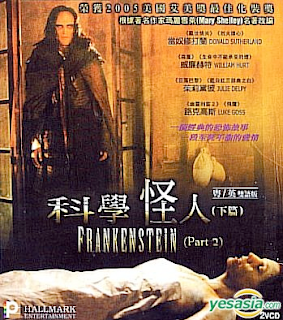 Why was Kevin picked to direct?
"Kevin had done some other pictures for Hallmark Channel. When they started looking for a director, the Powers That Be at Hallmark started going, ‘Hmm, why not Kevin?’ He has a good history with us, we love the work that he’s been doing, so why not offer it to him?"

I think a lot of people are excited about Kevin coming back to horror and fantasy after all this time.
"Yes, I know they are. I’m not sure that Hallmark even thought of that. It’s just that they like Kevin a great deal and they knew what a good director he was. So that was where this began."

Do we know when this is going out?
"I’m trying to figure that out actually! We’ve been told that we’ve got to hurry production because somewhere it’s supposed to go on the air at the end of October for Halloween, we think. But I haven’t been told if that’s in the United States or in Germany or where. It’s been presold in a few European countries. But we’re shooting till the middle of September. They’re already editing as we go, and it’s going to be a terrible crunch. With all the CGI effects that we have to do. The CGI effects people come on the set. Since they’re from Prague, they can drive down on the important days. At some point they will just have to work day and night to get all their shots done. So it’s going to be a real challenge if that’s true. Hopefully it’s not true!"

How were your cast picked?
"Hallmark picked several of the people. We made suggestions. We have great casting people, we have Matt Lessall in Los Angeles and his partner Gillian Hawser in London. Kevin and I went to London and we auditioned people for lot of the supporting roles there. Alec Newman is just a gem. He’s so talented and he’s always prepared, and he always gets right into his role. Of course we jump around in time and the character of Victor goes through a lot of changes, so poor Alec sometimes is being the young seventeen-year-old and then maybe a few hours later he has to be the older Victor with the beard and the weather-beaten look. And he works every day of the schedule. Not every scene but practically every scene. So it’s tough for him but he’s a real trouper. He’s doing a great job and he always keeps his sense of humour. He’s a great pleasure to work with." 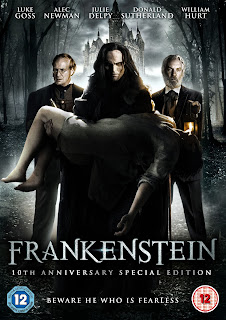 What about Luke Goss?
"Luke is great. He is so into his role. He has spent a lot of time preparing for the role and thinking carefully about: what is this creature going through? Again, it’s the same idea: let's play it like the book. Because this creature has humanity and the humanity rarely comes through. It’s someone with feelings. When he does kill people it’s because he’s angry at what has happened to himself and doesn’t understand. So it’s a delicate balance. We’re trying to instil the fear that people should have for the creature, but at the same time understand that he looks at Victor as his father. We’re trying to emphasise that element. Luke’s doing a very good job with that."

Was he cast in part because he was so good under all that make-up in Blade?
"Yes, absolutely. Blade was a big factor in that. I think Luke is a rising star. He has actually got a few jobs lined up after this where he’s starring in some features. He’s very talented and I think he’s going to go a long way."
Posted by MJ Simpson at 19:03