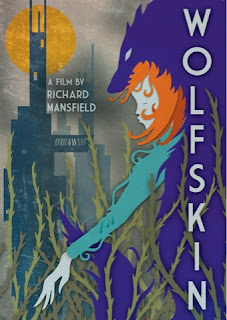 Many people still think that the first ever feature-length animated film was Snow White and the Seven Dwarves, but tonto toon fans know that it was actually Lotte Reiniger’s shadow animation The Adventures of Prince Achmed, made in Germany in 1926. (Wikipedia reckons there were two earlier films made in Argentina, now lost.) Richard Mansfield’s extraordinary and poetic Wolfskin owes an obvious debt to Reiniger’s work and indeed is dedicated to her memory.

Whereas Prince Achmed was animated frame by frame, Mansfield’s technique - which he has developed across a number of short films - is more like traditional southeast Asian shadow puppetry with his figures animated in real time using wires. Just occasionally a real 3D object is used when necessary, such as a hand or a bottle. Modern video capabilities enhance this antique technique, providing Mansfield with a depth of field which Reiniger never had. Wolfskin runs a full 71 minutes and is an amalgam of classical European fairy tales. Thus there are specific references to Sleeping Beauty (pricking the finger, city falls asleep), Cinderella (glass slipper, and chopping up feet to fit into it) and Rapunzel (really, really long hair). Plus there are mermaids, clockwork servants and, of course, wolves. While there are human-wolf interactions and relationships, including a human phoetus and a lupine phoetus developing in the womb as twins, there are no actual, traditional, common or garden werewolves. Nevertheless, anyone compiling a list of British werewolf pictures which didn’t include Wolfskin would be selling themselves short. There is certainly enough grim death and Grimm violence here to peg this on the fringes of the British Horror Revival.

Having said all of the above, I would be lying if I said that I could actually follow precisely what was going on. Not that I think it matters. This is a film that’s more about imagery than plot. It’s presented silent, as was Prince Achmed (albeit that was more forced on Reiniger by virtue of sound films not having yet been invented) with a pleasing, mellifluous score composed and performed by Anglo-Turkish singer/harpist/therimin-player Ozlem Simsek. Mansfield’s earlier shorts are mostly either music videos or narrated ghost stories, thus he is used to working without dialogue. The latter include versions of Amelia B Edwards' 1864 tale ‘The Phantom Coach’ and Francis Marion Crawford’s 1894 classic ‘The Upper Berth’, both available on the Mansfield’s Mucky Puppets blog. 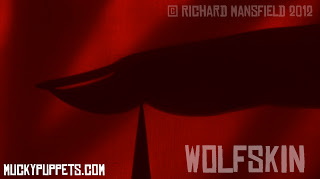 It is this experience in matching imagery to sound that has led to Wolfskin where, ironically, the process has reversed with Simsek matching her music to Mansfield’s visuals. The whole film has taken three years to produce and is a quite singular achievement for all concerned. Wolfskin is a captivating, enigmatic, lyrical film - magical in a number of ways - which will repay you your 70 minutes many-fold as the imagery and visual ideas linger in your memory. The only contemporary comparison to Mansfield’s work would be Ashley Thorpe’s quasi-animated films: the intention is similar, though the techniques are different.

Mansfield is now expanding his creative work beyond animation and is currently in post on his first live-action feature, Who is Coming aka Owlman, partially inspired by MR James’ classic story ‘Oh Whistle and I’ll Come to You My Lad’ (you may recall that written on the whistle in that story is ‘Quis est iste qui uenit’ which the narrator translates as ‘Who is this who is coming?’) [This was eventually released as The Mothman Curse - MJS]. A second live action feature, The Secret Path, is also in production. 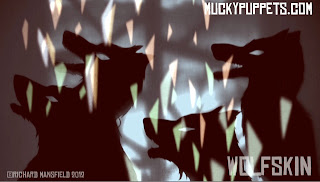 Wolfskin is a unique film, one of those oddities of the BHR which make the entire subgenre so fascinating and diverse. I really, really enjoyed The Phantom Coach and The Upper Berth too. Perhaps Mansfield’s next animated feature could be an anthology of classic Victorian ghost tales. In the meantime, take a look at Wolfskin. Lotte Reiniger would be proud.