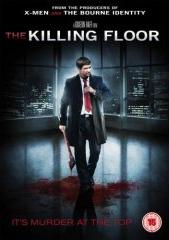 
Although Revolver are touting this as a horror film, it’s really a Hitchcockian thriller. But it’s a good one and Israeli director Gideon Raff’s next picture should be a real horror movie; he’s attached to the remake of Terror Train.

There is a peripheral horror connection because Marc Blucas (Buffy the Vampire Slayer) stars as David Lamont, a literary agent specialising in representing horror authors. He moves into a fantastic three-story penthouse apartment in the middle of Manhattan and almost immediately his life starts getting more complicated and more dangerous.

Lamont isn’t a particularly bad guy. I mean he’s an agent, which means he could walk under a snake’s belly without taking his hat off, but we never actually see him lie, cheat or steal. He’s just a bit self-possessed and selfish. He treats his PA Rebecca (Roswell’s Shiri Appleby) as a skivvy even though she works incredibly hard for him. And he forgets to make an important phone call which means his brother Bobby (Andrew Weems) doesn’t get a job, then thinks he can make it up to him by sending a bunch of flowers. Or rather, getting Rebecca to send some flowers. He doesn’t even bother to write his own note. 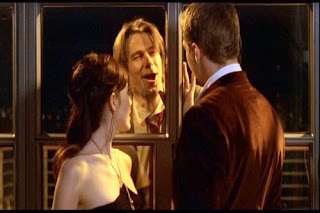 So a bit of an arsehole, but not actually evil. Apart from the whole ‘agent’ thing.

Lamont falls for a downstairs neighbour, the sultry Audrey Levine (24’s Reiko Aylesworth) and throws a housewarming party where he argues with Bobby, ignores Rebecca and fails to get off with Audrey. But his real problems start when a detective named Soll (John Bedford Lloyd: The Bourne Supremacy) turns up late one night with a young man, Jared Thurber (Jeffrey Carlson) who claims that he legally owns the flat because it was his father’s. Soll humours Thurber, Lamont talks with Soll and asks him to speak with his lawyer in the morning who will prove that all the deeds are in order.

But this is one of those thrillers where nobody is likely to be precisely who they say they are or doing what they claim to be doing. Who can Lamont trust as he starts to receive mysterious envelopes containing photographs which appear to show a murder in his home - yet when Soll checks police files there’s no record of a crime at that address. 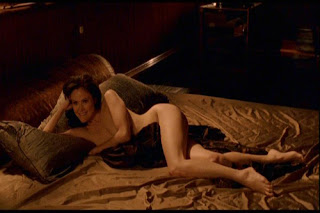 I liked The Killing Floor because I’m usually hopeless at really, really complicated thriller plots but I could follow this, keeping track of who was claiming to be what and whether they were or not (and who knew that they were). Being critical - it’s kind of my job - there are a few bits that don’t stack up near the beginning, such as a couple of indications that Audrey does not actually live downstairs (which we subsequently discover, she certainly does). I also found myself thinking, as the threats became more physical and Lamont became justifiably panicked about intruders in his flat: you know, you live on your own in a huge home and you’re filthy stinking rich so why don’t you just hire a bodyguard and install him in your spare room?

One also has to wonder how an agent could afford something quite so palatial. What, does he represent Stephen King and Dean R Koontz? Even on 15 per cent of their advances, I’m not sure someone could afford this place. The actual ‘represents horror writers’ angle does become peripherally relevant to the plot but it’s hardly vital.

Nevertheless, The Killing Floor is a gripping thriller worth 90 minutes of anybody’s time.

Among the crew, the most notable name is composer Michael Wandmacher who also scored Revenant, Cry Wolf and the Night Stalker remake. Costume designer Erika Munro also worked on Trail of the Screaming Forehead! 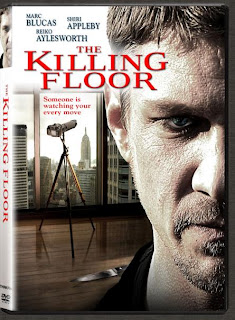 Before leaving Israel for the USA, Gideon Raff was apparently “a best-selling author, a columnist for the country´s largest newspaper and a paratrooper in the military.” That last one is probably just his military service so basically he was a writer. He moved to California, studied at the American Film Institute in LA and had some festival success with a 17-minute coming-of-age film, The Babysitter. His break was landing an internship as ‘assistant to Mr Liman’ on the Doug Liman-directed Bradgelina film Mr and Mrs Smith.

Liman, together with ex-Marvel man Avi Arad (who was impressed with The Babysitter), executive produced The Killing Floor which was shot on location in New York over 25 days in 2006. Raff describes his debut feature as: "Right on the border between a psychological thriller and a horror film. There´s a little gore. The movies I like the most are ... scary, but there´s a human story being told."

Email ThisBlogThis!Share to TwitterShare to FacebookShare to Pinterest
Labels: 2006, USA