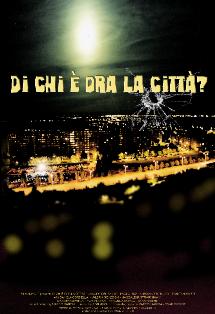 Di Chi è Ora la Città? is a gritty Italian crime drama, directed in 1978 by Enzo G Castellari and starring Franco Nero, which was originally released in the USA as Death and the City.

Actually, no it isn’t. The only bit of the preceding statement which is true is ‘gritty Italian crime drama’ but crikey, if you didn’t know, you would swear you were watching something made 30 years ago. It’s in the direction, it’s in the performances, it’s in the setting, it’s definitely in the action, it’s in the music and the cinematography and the editing but most of all it’s in the telephones.

A considerable portion of the first half of this 30-minute short consists of telephone conversations. Not only does no-one have a mobile, no-one even has a cordless. Telephones date a movie more than clothes or hairstyles. But it should be stressed that this is not some cheesy attempt to lampoon the 1970s, full of flares and big moustaches. Far from it. This just has the feel of that era, when people like Castellari and Umberto Lenzi and Fulci and Bava were making all those great (and sometimes not-so-great) ‘Italian Connection’-style thrillers.

Which is odd because writer/director/producer/cinematographer/editor Omar Pesenti was only born in 1977. Boy, has he studied his film history.

The story here is wonderfully simple and perfectly suited to the half-hour running time although I have no doubt that the concept could be expanded to fill a feature. In an unnamed Italian city, two rival gangs are involved in a never-ending series of tit-for-tat revenge attacks. If this carries on, there will be nobody left in either mafia mob. So one of the men at the top phones his rival with a proposition: a duel between two individuals to determine who owns the city (the title translates as Whose City is it Now?). The matter will be solved and only one person will have to die.

Two champions are selected: a family man who is hoping to get out of organised crime and a young artist with an eye for the ladies. Neither particularly wants the job but neither has much say in the matter. 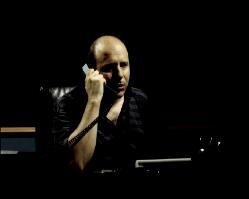 And so to the second half of the film - an extended battle between the two men, first with guns, then with fists. It’s a brutal, uncompromising, realistic scrap. No quarter given, none asked. When one man disappears and the other thinks some prostitutes know where he is hiding, their reluctance to get involved leads to shots ringing out in the urban darkness. This is the dark, dark belly of the city. At night.

The fight/chase leads into a bus garage and eventually culminates at a roadside where the occasional pair of headlights roars past, unaware that two men are locked in a life-or-death struggle, the outcome of which will affect the entire city.

This is great stuff. Paolo Riva (who was in the 2009 Monica Belluci film Wild Blood) and Jacopo Del Santo (who starred in Omar Pesenti’s previous short Frattura) play the protagonists perfectly: determined to win, determined to survive, but saddened and angry at the burden of responsibility thrown upon them. Writer/director/designer/actor Alessandro Mucci (The Silver Rope, Velvet Morgue) plays one of the mob bosses; he was also in the cast of the Italian version of the Young Frankenstein musical play! Florida-born Toni Pandolfo (La Cura del Gorilla, Il Lato Sinistro del Cuore and a Nine Inch Nails video) is the other.

The prostitutes are played by co-writer Veronica Borgo (aka Mrs Omar Pesenti, who also acted in and co-wrote Frattura), Pesenti’s sister Sara and Polish actress Magdalena Strauchmann who was in the acclaimed Italian sci-fi short Afterville. Also in the cast are Massimo Muntoni (Twisted Path), Daniela Cordella and Valeria Sonzogni. The other co-scripter Massimo Vavassori was also responsible, in collaboration with Pesenti, for the animation documentary L’Immaginario Fumettistico.

The impressive and evocative, mostly night-time miniDV cinematography is jointly credited to Pesenti and Marco Lamera (L’Intruso) and the editing was shared between Pesenti and Matteo Mossi. Together, Mossi, Lamera and Vavassori co-wrote and co-directed a ‘psychological noir’ film called A Cheap Biscuit, the cast of which included Massimo Munotoni and Yuri Plebani (who is also in the cast here). American composer Ron Meza, who also scored Frattura, provided the terrific music for this film. His other credits include sci-fi short Transgressions and horror feature Deadly Sins. Omar Pesenti started out as an online film critic (what sort of job is that for a grown man?) before deciding that he could make movies himself, which he very evidently can. His first short in 2006 was Un Passo più Lungo, a black and white slice of film noir about a private detective who longs for something more glamorous than another cheating spouse. This was followed by the aforementioned Frattura, a horror-thriller-romance with a streak of comedy and (apparently) some vampire elements. In contrast to the monochrome cinematography of his debut, Frattura (which won an award at the Italian ‘Reign of Horror’ film festival) was saturated in colour to evoke the work of Roger Corman and Mario Bava.

Which brings us to Di Chi è Ora la Città?, a simply terrific slice of Italian crime cinema which demonstrates at one and the same time Pesenti’s knowledge of his country’s rich cinematic heritage and his mastery of film-making techniques. This is a short film that is well worth watching and a young film-maker who is well worth watching out for.