After I reviewed Internal Evil in December 2008, writer/producer/actor Joe Daniels kindly agreed to a short e-mail interview about the film. 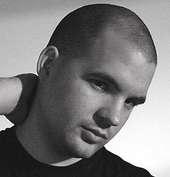 How closely does the finished film resemble what you set out to make?
“The finished film of Internal Evil is fairly close to what I set out to make but it lost some things during the shoot and post production. I originally set out to make a short, which I wanted to be a gangster film, which turned into a supernatural thriller part way through. While I was planning the script I never expected so many ideas to come out. I had so much material that there was no way it could be a short any longer. I went ahead and wrote the script knowing that it was a very ambitious project to undertake. You see, at the time I wasn't working and I had not even raised a budget to make this. The only thing I had was access to equipment from my old university and my own editing software.

“The biggest mistake I made was not directing it myself. This isn't to say that Jon [JK Burgess] didn't do a great job because he did a great job. It's just that some ideas from my original script were interpreted differently and as a result quite a few scenes suffered. Also some performances suffered a bit because characters were interpreted different from my script. I never saw Danielle's mum as a psycho; she was someone who believed what she was doing was right but at the same time was very much torn. It's frustrating when you know your characters so well - even the one you’re playing - and the director interprets them differently.

“Also I didn't want so much blood, I prefer suspense. I was far too relaxed. I should have shown more authority but I just wanted the director to have complete freedom. I trusted that he knew what he was doing. There were also scenes that didn't get shot or got cut down considerably. This was due to a terrible production assistant who left half way through shooting, leaving Jon and I to sort out the incredible mess she had left. I'll never use students again. Thankfully she was just one of a few students involved and the others were okay.

“I also would have liked more elaborate action scenes throughout but it was only the last couple of scenes we seemed to spend any time on. This gives the film a bit of a disjointed feel because the action changes a lot towards the end. If the action had been consistent it wouldn't have felt too much like a different film towards the end. I'm also not too happy with how cheesy some of the film has turned out. Some of this is down to bad scriptwriting on my part but also down to actors having a say in their own lines and also directing. This film is probably 67 per cent of my original vision.”

How did you assemble your cast and crew?
“The majority of the cast replied to an advert that I had put on the networking website Talent Circle. I had posted an advert asking for professional local actors in the Southampton area for unpaid, no-expenses work. I was very surprised that actors from all over the country replied. They were so interested in the idea of the film that they didn't mind coming from all over to do it even out of their own pocket. This is exactly what my two leads did. Liz Mollison who plays Sara came all the way from Manchester out of her own pocket and Blake Norton who played Josh flew himself over from Cork in Ireland. A couple of others also came a fair distance.

“The other parts that weren't cast on Talent Circle were given to colleagues and friends I had worked with before. The most interesting casting choice was Mr Weatherby. The guy who was originally meant to be playing the part dropped out at the last moment and I needed a big, mean-looking guy at short notice. I was at a family dinner a few nights before the shoot and I found myself looking at my brother-in-law and thinking that he would be perfect for the role. He had never acted before but I was desperate so I asked him. I never expected that he would be up for it and turn out to be one of my best casting choices. The only crew I got of Talent Circle was a make-up artist who supplied a lot of the blood that you see in the film. The rest of the crew were made up of friends and colleagues who I had worked with before and a few students from my old university.” 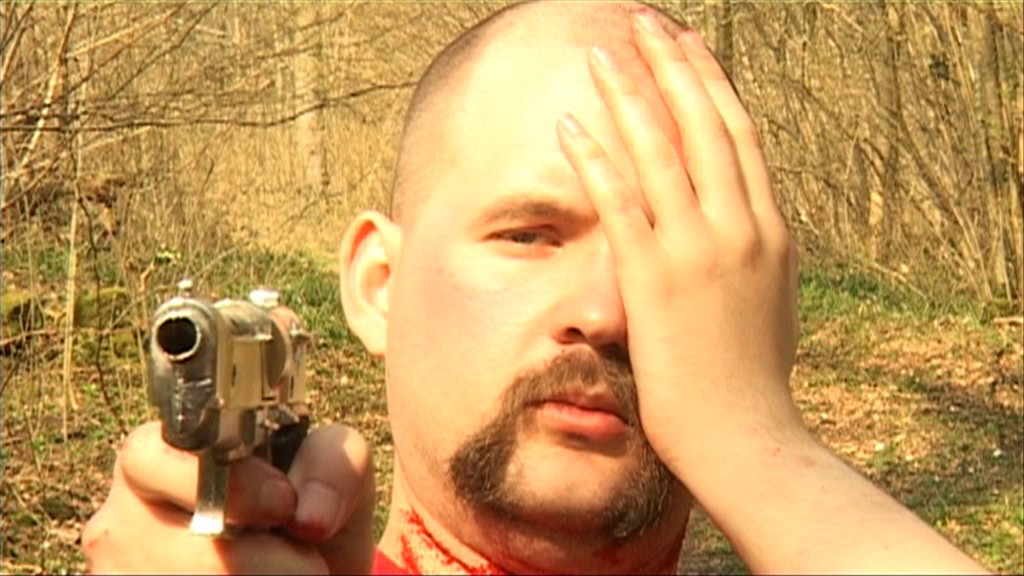 What was the biggest problem that you faced during production?
“There were a number of problems during production - it sometimes felt that the film was cursed. The biggest problem by far had to be a huge cock-up with the safe house location which is key to the first half of the film. Basically my production assistant (who will remain nameless) hadn't checked properly with our contact at the location whether it would be okay to shoot on a specific day at said location. The night before we were meant to shoot there, I had a call from her telling me that the contact didn't want us shooting there anymore. This caused great problems because the schedule had been written very precisely so that Blake Norton (Josh) could shoot his final scenes at the safe house location then fly back to Ireland in time for his wife's birthday. I thought I was going to have to ask him to stay longer or fly back at a later date. Thankfully I didn't.

“My production assistant found us a place but it didn't look as good and also we could only shoot there for one night. Which meant we had to shoot for 14 straight hours till Blake's scenes were done and put the other scenes on hold for another shoot months later. We also didn't get the same place back months later because the production assistant hadn't gone back to clean up, so our contact never wanted us back there again. We were lucky it was a student kitchen in halls though, so we were able to find a similar looking one for the later shoot. I have a number of stories like that which you wouldn't believe but I don't want to waffle on.”

What has the reaction to the film been so far?
“Not a lot of people have seen the film yet because it has just recently been completed. Those who have are mainly family and friends. The reaction among them is that they really enjoyed it. People mainly mention the story, the dialogue, the performances and the action.”

Why has it had so many different titles?
“When this film was first advertised as The Touch, it was about a girl who was kidnapped who had the power to bring out the worst in people with her touch. Later the story changed and it became a feature. When that happened, the name stayed for a while but then I thought The Crossing would be a more fitting title (referring to the crossing of the demon Lothos). I then later had ideas for possible sequels which I wanted to label the Internal Evil trilogy (referring to the demon being inside one of the characters). So it then became Internal Evil: The Crossing.

“The problem was, nobody apart from me liked that title in the end so I came up with something else: Bleeding the Damned (referring to the punishment of the damned - the main characters who were damned from the moment they kidnapped Sheridan's daughter). Most people liked this title but Jon didn't like it and I started to find it a mouthful so we went back to just Internal Evil. It seemed to make sense since most publicity material including trailers had that name on.”

What are your plans for the future?
“At the moment I'm looking to raise money for a feature film called The Eye of Heaven. It's an adventure film which tells the story of a celebrity writer and a sleeper assassin who go on a quest to find an ancient lost treasure. It may have to be shot as two films since it may run at three hours. The sequels for Internal Evil are also a possibility for the future although they might just be done as graphic novels. There is also a project I've been working on for six years which is a supernatural TV series called Adam's Eve that I would love to get of the ground. In the meantime I'm also working on writing children's books with my new writing partner Maria Hamblet. We may start up our own film company in the future too.”