And so Dreamscape becomes the first film that I have reviewed twice...

Eighteen months ago I reviewed Daniel J Fox’s superbly stylish future noir thriller and I noted that the terrific production design and exemplary visual effects were let down by a script which seemed to do nothing interesting with the PKDickian premise. I also observed that at 63 minutes the film was too long/short for most festivals and also too short for distributors who generally want a minimum of 70 minutes so that they can sell the title to Blockbuster.

In short, the movie had two acts and needed a third one. Or a Band-ian end credits crawl long enough to brew a cup of tea in. But preferably a third act.

Well, I am delighted to report that Dan has taken my advice on board (a film-maker actually listening to a film critic? it’s unprecedented!) and produced a new ‘Extended Cut’. This runs for 86 minutes but Dan has done much more than just tack twenty-odd minutes onto the end of the film. He has polished and refined the film throughout, resulting in a thoroughly satisfying, feature-length, British sci-fi adventure. 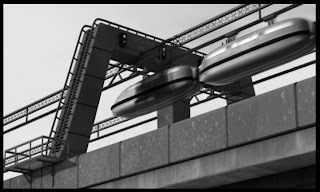 I didn’t re-watch the original version, only re-read my review, so I can’t provide any sort of detailed analysis of the changes. I’m not sure anyone wants to read that anyway. What matters is how well the feature-length version stands up on its own. But for the record I will observe that the McGuffin has been changed from something that will bring down the internet to a doohickey full of explosive nanites which can turn a person into an undetectable walking bomb. I also got the impression that some of the stuff around the convention centre had been toned down a little.

Nevertheless the core plot remains the same. The unnamed protagonist pays for a procedure which allows him to download dreams and he has an exciting time taking delivery of the stolen McGuffin. He gets to kill people. He gets two birds. The next day he wakes up ... and discovers that he is on the news, wanted as a suspect for the murder of security guards.

The newly added third act allows the character - and the audience - to explore the potential problems and dangers which he now faces. The extended plot involves a terrorist threat to a train carrying the Prime Minister although I couldn’t quite follow what was happening at the end. Cool CGI monorail though.

The film is not as Dickian as its most obvious precedent, the genuinely PKD-derived Total Recall. We can debate endlessly quite how much of what Quaid experiences is reality and how much is in his head but we’re never in much doubt that the protagonist in Dreamscape really experienced all that violence, intrigue and sex. What is relevant is that the character himself is in doubt.

(As an aside, I once saw a 16mm screening of Total Recall which was incorrectly matted so that the clips holding up the Martian background were clearly visible. This actually gave the film still further levels of ambiguity...)

What all this sorting out of the plot does is remove the distraction which was there before, allowing us to truly marvel at the computer effects - architecture and vehicles - which are seamlessly blended with reality. Also the glorious, crisp black and white cinematography by Mark Ellingham. 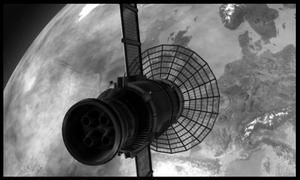 The new version of Dreamscape is all-round excellent. When was the last time you saw a serious, intelligent, thought-provoking, all-British science-fiction feature? I can see this one being a big hit at festivals now and I really hope its gets picked up for distribution because it’s a cut above the normal sort of indie features that one sees.