James Eaves co-directed Sanitarium (aka Diagnosis) and Hellbreeder, two recent British horror films. His latest feature as writer, director and producer is The Witches Hammer and he kindly answered one of my six-question e-mail interviews in June 2005.

Can you explain the film's curious title? One might expect The Witch's Hammer (or The Witches' Hammer), i.e. 'a hammer belonging to a witch' (or several witches) but your title is 'the witches are doing some hammering' which just seems ... odd.
“Two reasons: one, The Witches Hammer is a direct translation of Mallues Maleficarum the book that the film revolves around; and two, the apostrophe weakens the title... it might be bad grammar but I like it!”

What are the advantages of shooting an indie action feature on 35mm in this day and age?
“At first there's none, it’s a real slog, it costs a fortune and it can make shooting painful (especially when it’s your own money you can hear rolling through the camera). At times it takes the joy out of it as you’re watching a take and in the background you can hear the usually loud whirring of the camera (since most of the cameras we used were ancient) and you’re thinking: 'Man, this looks great and the scene’s playing out really well but I hope she speeds up her lines as the roll’s about to finish and it’s our last one for the day.'

"Also you'll find there's no out-takes with TWH as, if anything went wrong during the take, I'd literally dive on the camera to stop it rolling. This said, 35mm looks so much better than 16mm and any digital formats. It has a polished quality and a look that makes the film so much more cinematic. Also it helps when you’re selling the film as certain territories prefer 35mm, Japan for example never used to touch 16mm although they are now accepting the digital formats.” 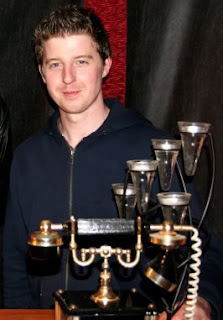 What made you consider Stephanie Beacham for a role and how were you able to persuade her to get involved?
“I wanted an actress in the part of Madeline that would have a bit of gravitas to her, someone that had a sense of authority and that the audience would recognise. Stephanie read the script and genuinely liked the character and felt it was something she would like to get involved in. I'm glad she did as, when you hear her voice over on one of the flashbacks, it always sends a shudder down my neck, her voice is so classical and textured.”

Why does the world need another vampire picture? What new ideas does your film bring to the already overcrowded vampire genre?
“I guess the honest answer is I haven't made it for the world, I've made it because I love these type of films and wanted to have a crack myself. I've seen vampire films in the past that on paper sounded really cool but when you watch them you just feel like they are a missed opportunity. Our story has the 'attractive woman fighting the undead' angle but is also about loss and the power of grief. Rebecca's character loses her family when she changes into a vampire, Edward loses his wife to a vampire and the ancient witch Kitanya turns evil when her child is murdered.”

How is your short film The Wicker Man related to the classic movie of that title?
“Unfortunately it’s nothing like the classic film... it’s a slasher film and the killer wears a wicker bin over his head.”

When I saw Sanitarium (under the title Diagnosis) I recall it being, to be honest, something of a mess and I'm guessing you did too because then a lot of extra stuff with Uri Geller was added. How did the film change from its earlier version?
“Totally agree on this one, the first cut of Diagnosis was very confusing, I think that stemmed primarily from having two directors and a little too much ambition for a first feature. We had two visions and Diagnosis was the result. If I could turn back time I'd have made something that was very easy to shoot so that I could concentrate on the story and not have to worry about a multi-locational story with a large cast. 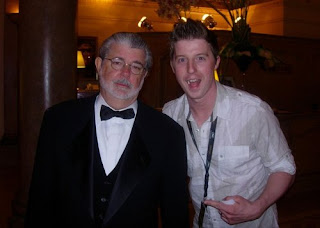 "The year we completed Diagnosis we took it Cannes to sell but there were still problems with the story and the fact that it was a horror film with virtually no horror in! So back to the drawing board we went and shot some extra scenes with Uri in to explain the storyline a little better and some extra horror added in for good measure. The film made more sense and the following year we found a distributor. I remember making the film fondly and think I learnt more in the year we filmed it than the whole three years studying film at university.”