Carole Derrien starred in two of the most enigmatic British features I have reviewed recently, Nature Morte (which she also produced and which was directed by her partner Paul Burrows) and Robert Pratten’s MindFlesh. Carole very kindly agreed to answer a few questions in January 2008. 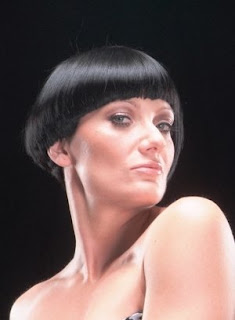 Your character in MindFlesh is enigmatic and we’re told virtually nothing about her: who/what do you think she is?
“Ooh a tough one! Robert didn't tell me what I was, he just told me how he wanted me to play it, so my opinion on these things is no more relevant that anyone else's. But, in my mind, I suppose she's anything you (or in this case Chris) want her to be. She's not real in our sense of the word, she's more of a force than a creature.”

You evidently have no problem with nudity - or with being covered in blood. What are your views on cinematic nudity?
“I don't have a problem at all, and I can't think of a French actress that does! Provided the crew are professional and treat you with respect, then it's okay. As far as I can see, there are two reasons for nudity in cinema: realism and voyeurism. In my mind, if you have a scene in a script that requires you to be naked, don't take the part unless you are happy to do it. Otherwise you can end up with these silly scenes with women wearing bras in bed, or those shots that carefully avoid showing nipples because someone has a ‘no nudity’ clause. That's the realism bit. As far as voyeurism goes, it's human nature, people find other people's bodies sexy and like looking at them, there's no crime in that. But you have to be comfortable with it; I have to have a lot of trust in my director and DoP before I'll get my kit off.”

Both the films I’ve seen you in have been very stylish but largely incomprehensible. Is this coincidence or do you actively seek out films like this?
“LOL! I don't take films just to confuse you Mike! But I must say I am quite happy to have been involved in two productions that got your brain steaming! Okay, I'll start with Nature Morte. I'm biased of course as I also produced and edited NM. Surely by ‘incomprehensible’ you mean complex? The movie has a big mystery element, the audience is supposed to figure it out but we didn't want to telegraph the ending. Following a test screening, we found that just over half understood it, plus as you well know Mike, a couple of reviewers missed the identity of the killer. After much agonising, Paul and I made a decision to alter a sequence late in the film to make it clearer. But we still had to strike a balance, so the new sequence is visual as opposed to dialogue based, Paul was very keen not to tell people what was going on, but to show them some big clues. Watch the dream again Mike, all may become clear!

“Now, whereas Nature Morte is not meant to be open to interpretation (except perhaps the motive behind the death of the pimp, but that's not central) MindFlesh is more ‘interactive'. The central theme is clear, but I think people will differ as to whether they think my character is responsible for the carnage. But that's quite deliberate I think.”

Was your role in Nature Morte written with you in mind? If so, how does that affect your perception of the character?
“Yes, it was. Knowing that certainly made me more comfortable bringing more of myself to the role, and there is a little of me in Blanche, I let you guess which. I like Blanche very much, her strength, her passion, her lack of inhibition and her total dedication to her lover make her fascinating. Like most the characters in NM, she was never meant to feel ‘real’, but I do feel close to her and I think she comes across as rather likeable in a perverse kind of way.”

On Nature Morte you were also a producer: what did that involve and did it help with, or conflict with, your acting duties?
“It involved a lot of work and very little sleep! Paul and I were very much a two-man team, dealing with everything from sets, costumes, locations, moving things around, picking up the cast - especially in Thailand. In London it was a bit easier as the filming was more punctual and we had a lot of friends willing to help us. I really loved working on this side of the camera, but I found it difficult to deal with it on the days I was also acting. Until the last minute, I would be handing out costumes, checking makeup and props, and I'd normally be rushing to change outfits seconds before we were ready to film. That said, the cast and crew were fantastic and I had the time of my life.” 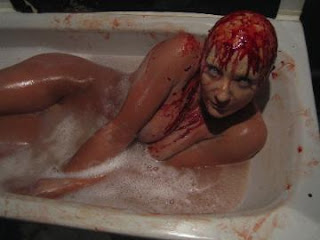 What do you have lined up next?
“Well, my favourite director (Paul Burrows) is working on his new script entitled Blood of an Englishman. I am not allowed to tell you what it is all about, but I can tell you I am really excited about it. There are plenty of very interesting characters, I am sure he's got something in mind for me! Other than that, Nature Morte is getting released on 26th February, so we've been setting up our website and MySpace page for pre-orders... there's always a million things to do!”