Danny Draven, director of Hell Asylum (also editor on Decadent Evil and cinematographer on Witchouse 3), kindly answered one of my e-mailed mini-interviews on 3rd May 2002. Hell Asylum is available from Tempe Entertainment and Danny subsequently made the Chinese-themed horror Ghost Month. 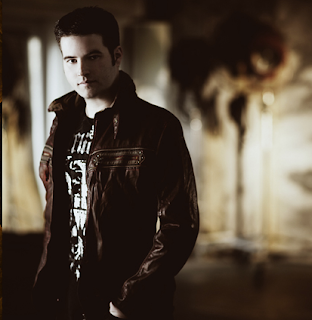 How did you get the job of directing Hell Asylum?
“JR Bookwalter wanted me to direct something since it had been almost a year since my last effort with the cyber-chiller Horrorvision, and it seemed like a good time. I was originally asked to direct one of two films, Killjoy 2 or Prison of the Dead 2 (aka Hell Asylum), I turned down Killjoy 2 and did Hell Asylum instead because I felt like I really wanted to do something gory at the time.”

What constraints of time and budget were you under, and how were you able to overcome them?
“Well, from two weeks of prep from the time I first read the script that Trent Haaga (Citizen Toxie, Terror Firmer) wrote, to an eight-day shooting schedule with 12-hour days to about a six-week post schedule - a few weeks after that, it's on the shelves at your local video store. That's a lot of pressure and it's done very, very fast, so there is not a lot of time to dick around. As far as overcoming them, well, it's very tedious and frustrating at times, but you just have to concentrate on making the best damn movie you can under the conditions. One of the things that really helped the shooting pace of Hell Asylum, was the fact that I was able to be Director of Photography as well, so that was a plus.”

What extra work/problems were involved in shooting on (and editing together) all the different types of footage?
“I shot about 30 hours of footage by the time it was all said and done (not including ‘behind the scenes’ stuff). Sometimes I had three cameras going at one time. It made editing go slower, but there certainly wasn't a shortage of footage.”

How much does the finished film resemble what you hoped/planned for?
“I felt it came out nice. There are things here and there that I'd like to change, but, it is what it is, and I'm proud of it.” 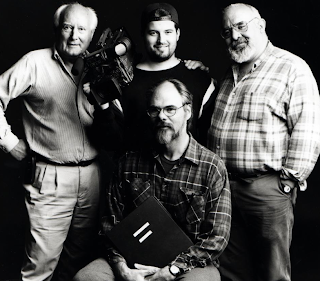 What are you working on now?
“In January of this year, I produced and directed an urban horror film called Cryptz which comes out this May at Blockbuster. It's a vampire stripper movie in the tradition of Vamp. It's really a horror-comedy. The DVD is available for purchase. Also I just wrapped a film which I also produced and directed called Stuart Gordon Presents Deathbed. I teamed up with one of my horror faves Stuart Gordon (Re-Animator, From Beyond), and made a film that could be described as The Shining meets The Others. That one comes out this Fall.”