I sometimes think that producer Tim Dennison has a copy of my address book somewhere because he seems to constantly make films with directors that I know. He produced Simon Hunter’s first feature Lighthouse and Julian Richards’ thriller Silent Cry and Jake West's Evil Aliens and Jim Groom's Room 36. I finally caught up with Tim on the set of Mutant Chronicles in June 2006. 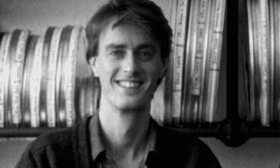 Mutant Chronicles has been in development for a very long time. How long have you been attached to it?
"I’ve been involved about a year and a half. What came about is, Ed Pressman who originally acquired the project had an attempt with the director Stephen Norrington and for various reasons that didn’t come together. Then the project went to a slight hiatus and there was some redrafting going on. Then I did a film called Lighthouse directed by Simon Hunter which was a very good film. It was at the same sort of time that Ed got to hear about Simon. He said he likes working with first-time directors, European directors. So Simon got involved with Ed at that time.

“Following that I did another picture called Evil Aliens with Jake West. Ed knew that I had worked with Simon before, that I was into doing genre material. So together with Simon, we said to Ed that the best way to resurrect the project was to let us set it up, utilising the technology that’s available now - as opposed to what it was like eight or nine years ago in the original incarnation. So that was how the structure came about with Ed, Simon and me. We took a look at the project, looked at the screenplay, thought about what audiences are looking for in this timeframe and using the new technology: green screen and the Viper data router as opposed to shooting on film. We structured the project to make it work." 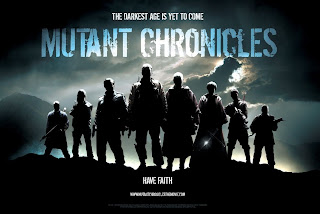 This is a much bigger project than Lighthouse and certainly a lot bigger than Evil Aliens.
"I’m currently used to working on various budget levels. In this day and age you have to cut your cloth accordingly. Getting money for projects is all very tough and you have to think of ways to put the money together and get it shot. Obviously we had the aid of Ed Pressman, his relationships in America and his reputation, and getting Thomas Jane attached, and one of the key things I think was shooting this teaser trailer that we shot last year. That was a big stepping block because it showed people the technology and stylistically where we wanted to take the project. I think that helped a lot of investors finance us: ‘Okay, we can see the world you’re trying to create. We can hook into this as a commercial vehicle.’ With the right components, ie. the cast, the budget level, the package all came together fairly quickly."

It was very unusual to shoot a teaser. Sometimes ultra-low budget films do that but not normally a project of this size.
"For us, it was a slight internal test, I guess - and I suppose it was a slight risk but if you don’t risk things you don’t gain things. We technologically wanted to make sure of the camera route we were utilising, bearing in mind that we’ve got a hefty amount of digital work to be done at a later date. We’ve got nine months of CGI work to be done once we finish main unit, second unit, model unit etc. So the trailer was a good tool to see if our process that we said we could do in theory also practically worked - and that’s what the trailer did.

“It gives the financiers and investors, instead of just looking at typeset on a page, it gives them a visual image. Cinema is a visual image and they want to see it. They could actually see exactly the style that we were trying to create. It was a risk but it worked. We screened it to all the studio heads in the States. We screened it at AFM last year. This presold into numerous territories purely on the basis of a redrafted screenplay, which Simon worked on with the writers, and the new promo. And at the time we also had Thomas Jane." 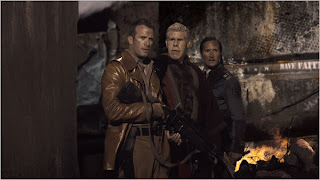 How much is it based on the game?
"It’s based on a role-playing game. We’ve been working with Paradox Entertainment, based in the States, who were involved in the origins of the role-playing game. We’ve been working closely with them to try and be honest to the original theme because obviously there has got to be some continuity so that people know what they’re getting into. So we’ve tried to keep to some of the core themes. But in addition Simon and the crew on the production side have tried to bring a new spin or something extra which will hopefully surprise people."

What has been the biggest challenge in getting this made?
"I guess the biggest challenge - well, there’s always the financial one. Can we do it for the budget, the route that we’re going? You always want more money, no matter what the scale. If it’s ten, twenty, forty, eighty million - you always want to stretch the pounds or dollars. So making sure that we could create the world, bearing in mind this is an unseen world, that we’re having to create a vision which has not been seen before, which in itself is quite a task. You’ve got no basis to work from. 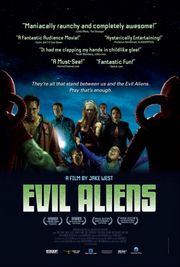 “The second thing was technologically shooting via the Viper camera system and shooting on Data and then co-ordinating that with the mass of CGI work that we have to do. Bearing in mind that, since we have such a complex post-production period, we wanted to supply Men from Mars with technologically the most up-to-date and best elements that they could have. So that’s why we ended up going the Viper data route. Understanding that, having shot stuff on film like everybody else and on regular HD, understanding the technological route took a month or two to get a hand on this and make sure that it works within our financial structure.”

Can I ask about your thoughts on Evil Aliens? It got a mixed reception - were you pleased with it?
“It’s a tricky one because I always think getting a film made in its own right is a battle well achieved. Jake has his own style which I think is refreshing and as an individual he is an original and refreshing character. Does the British audience hook into a fun-filled horror picture which doesn’t take itself seriously? It’s a curry-and-lager movie that’s a bit of fun. It wasn’t meant to be anything more or less.

“I’d go so far as to say there were a few people who took personal umbrage on Jake and were quite critical. At the end of the day it was just meant to be a bit fun and scary. So a bit harsh, the response from Britain, but it sold internationally very well. It’s opening in the US through a deal between Content Films and Image. That opens theatrically in the next six or eight weeks. So it has sold very well, made a few pennies. The English audience didn’t quite get a handle on it, which was a shame.” 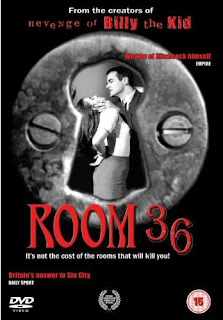 You were also involved with Room 36.
“I was indeed, in the early stages with Jim Groom. That was a micro-budget film which we shot in black and white - at the time it was called ‘high-contrast neg’. Again, another exercise in: if you want to make a film and you don’t want to spend years in raising finance, you sometimes have to take the bull by the horns, raise some private investment and shoot the picture.

“I knew Jim from a film called Revenge of Billy the Kid which was Jim’s debut film. I think he’s a talented guy. I think we slightly shot ourselves in the foot by shooting it black and white. On a commercial basis, it really affects the sales. But I think there’s moments of excellence in the film. Whether it stands up with a cinema-going audience - one would have to look at the takings.”