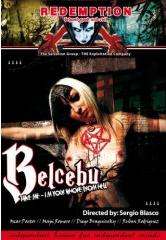 Every few years, Spain produces a cracking horror movie - something like The Day of the Beast or Fausto 5.0. Belcebu, alas, does not continue this tradition.

Now I need to be completely upfront and admit that there are 16 minutes in the middle of this film which I haven’t seen and it’s possible that everything I need to know for the movie to make perfect sense is contained in those 16 minutes. But given that the preceding 17 minutes made precious little sense and the ensuing 44 minutes made no sense at all, I’m inclined to believe that the ‘doesn’t make sense’ thing is endemic to the film as a whole.

Redemption were kind enough to send me a screener but when I watched it, the English subtitles disappeared about 17 minutes in. I continued watching for a while, wondering (as you do) whether this was some deliberate artistic ploy, but eventually realised that I had a duff disc so I had to abandon the film and watch something else instead.

Redemption were kind enough to send me a replacement disc and - Madre de Dios! - it happened again in the same place. I skipped ahead to the next chapter (there are only six) and the subtitles were back but something else was up with the disc now, which didn’t want to rewind. So I just carried on watching, picking up what I could. I don’t think I missed anything crucial.

Here is Redemption’s summary of the plot, from the DVD sleeve and attendant publicity:


"Satan, personified as a lustful lesbian rock chick, seduces satanic rock idol Belcebu, who through his lyrics regularly encourages his fans to commit suicide. Satan offers him eternal life as a rock star… however his voluptuous ex is determined to stop him on his quest for world domination." 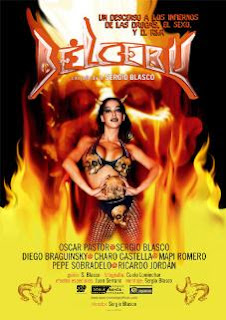 Really? Unless that all happens in Chapter 2 and is never referred to again, that sounds like a different film to what I saw. Maybe that’s the film that Sergio Blasco was trying to make, because I can’t believe anyone deliberately set out to make this mishmash.

Our central character seems to be Mani (at least at the start), a junkie prostitute who helps her boyfriend to rob a shop, a plan that goes awry when it transpires that one of the customers being held at gunpoint is the boyfriend’s mother. They escape in a stolen car, the police shoot and the car crashes (as cars do) and explodes (as cars don’t, except in silly movies). The boyfriend dies and Mani goes to prison. When she is released a few years later she is swiftly back on the street and before too long she’s back on the smack too.

None of this prologue with the boyfriend seems to have anything to do with anything. Mani is looking for her sister and we learn in a flashback that said sister disappeared after the two girls were part of a post-gig party thrown by dodgy death metal band Belcebu (lead singer - Toni Belcebu) which ended early when the police busted the party in a drugs raid.

Belcebu are now a big act whose fans occasionally commit suicide. While Toni is in the bath he is visited by a hideous demon, capable of transmogrifying into a beautiful woman, who tells the frightened singer that they have some sort of deal in place, although it is never made clear what.

There are also a couple of comic relief businessmen but I never understood who they were or what they did. You can see that three and a half plot strands in 77 minutes means that there simply isn’t time to fully explore these characters, especially when the first ten minutes or so was all about Mani’s subsequently deceased and irrelevant ex-boyfriend. 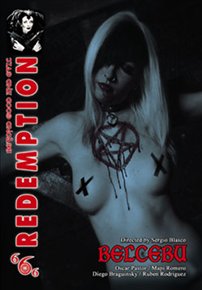 After a whole load of stuff that I couldn’t follow (and not just because I’d had to skip most of Chapter 2), the film culminates at some sort of Satanic ceremony, overseen by Toni Belcebu. Mani, who has become less and less central as the film progresses, is one of several prostitutes lined up for sacrifice while Angel has been hired to film proceedings. There are lots of people in dodgy goth gear, a scar-faced henchman in the employ of Toni, the two comic relief businessmen (stripped to their pants and tied to chairs) and someone dressed as a clown.

When the police raid the place all Hell is let loose, literally. Toni mutates into a demon with an enormous schlong; the henchman runs around with a six-foot-long, pointed pole, ramming it through and up people; little flying demons flutter around everywhere; and people explode for no reason at all. This sequence, which is completely inexplicable, just drags on and on and on and on. It’s just one long, overblown effects showreel - except that hamfisted editing means that many of the effects can’t be seen properly. But, given the low budget, that may be a blessing.

God alone knows what Belcebu is about or what Blasco, a former FX guy, was trying to achieve. It’s just an unholy mess and, while I suspect he was aiming for the ‘unholy’ part, the rest is just a jumble of uninteresting, sketchy characters wandering from one childishly shocking set piece to another. The whole film feels like it started life as a checklist: “Hola, Sergio! What can we show in this film that will make people gasp?” Naked woman about to have sex with a dog? Check. Naked woman speared through the vagina so violently that the spike protrudes from the top of her head? Check. Car blowing up? Check.

If all you want is death metal, naked chicks and cut-price gore effects, Belcebu could be the film for you. Presumably somebody at Redemption liked it but really this is awful, possibly worse than Sacred Flesh. It’s all over the place, like the writer-director just made it up as he went along.

Nobody else involved with the film seems to have been in anything that I’ve ever heard of - and if I’ve never heard of this stuff, you lot sure as hell haven’t. 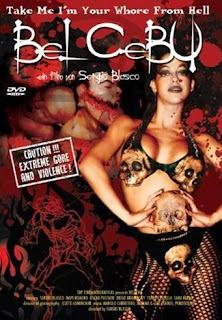 Belcebu is apparently a Spanish form of the name Beelzebub and the film’s full title translates as Belcebu: Take Me, I’m Your Whore from Hell. Redemption’s disc includes a seven-minute, subtitled Making Of, a trailer, a music video, nine stills and three posters, plus some trailers for other Redemption films which, sadly and typically, are more interesting than the main feature. Oh, and all the usual samples from their range of CDs. There are at least three different Redemption sleeve designs floating around the web - the one they’ve plumped for is the crucified woman with the pentagram on her chest - an image which is not in the film unless it’s in those 16 minutes.

In the USA the film has been given the subtitle Diablos Lesbos but, despite this and what it says in the Redemption sleeve blurb, there’s no lesbianism in this film. Unless... oh man, I should have watched Chapter 2, shouldn’t I?