Scott Benzie composed the score for Room 36, and kindly agreed to answer a short e-mail interview in December 2006. He has since scored a number of other interesting films including Ten Dead Men and Fear Eats the Seoul. 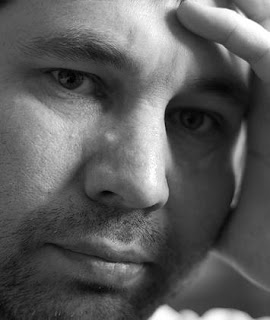 At what stage in the film’s lengthy journey to the screen did you become involved with Room 36, and at what point was the score added?
“During the summer of 2001 I replied to an ad for a composer for a film called Room 36. A little while later I received an e-mail inviting me to a screening of the film with all the short-listed composers, with the intention of viewing a rough cut of Room 36 and then writing some music based on the film. However I could not attend the screening and, after apologising, I was told that they would forward me a video cassette of the film from which I could score a clip.

“The tape arrived, which I watched, and I had two weeks to deliver a piece of music from any part of the film. So I decided to try and score the entire film within the two weeks. I called Jim Groom (the director) and we spoke about a basic idea for the score and Bernard Herrmann was mentioned. This was great, it was the type of approach that I thought would be ideal. I delivered a CD with approximately 60 minutes of computerised score that fitted the on-screen action then was contacted by Jim and was told that they would like me to score their film, so I was onboard. However the film needed a re-cut.

“It was not until March 2002 that we recorded the final score. Initially the music was to be completely synthetic, performed on keyboards and samplers, however through a couple of meetings the possibility of recording the score with a real orchestra became a reality.

“We recorded the 60 minute score in one day at Sony studios; that was all the time that we had and the complete score had to be delivered, there was no chance of going back to re-score sections. So the pressure was on. The score was recorded and then added to the film in the mix with all the dialogue, atmos tracks, foley etc etc. We had a final 35mm print ready just prior to Cannes, which the main cast and crew attended (great fun - a really memorable experience).” 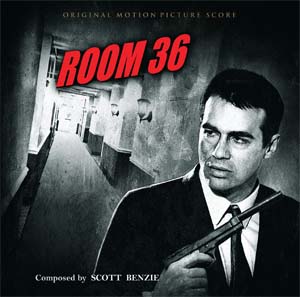 What sort of instructions were you given in regards to the music, and how well were you able to follow them?
“To be honest, apart from the initial discussions with Jim, from which I created the original demo score, I think that was pretty much it. I was sort of on my own and wrote what I liked and wanted to hear, hoping Jim would also like it. In fact the finished score was about 90 per cent of the original demo score. There are changes that we went through, changing where a cue would start or stop or changing hit points. There may have been a thematic change here or there.

“The best advice from Jim was 'Bernard Herrmann'. From that everything fell into place and from that I tried to create a pastiche, taking North By Northwest and Psycho and playing with those types of scores. Not the shower scene, although in the original demo the gruesome death scene did have a cue that mimicked the infamous shower scene cue. Maybe it was a little too much - perhaps that is why it was dropped.”

Apart from the obvious, what are the differences between composing for a short and composing for a feature?
“The same rules apply whether it's a two- or three-minute short or a 90-minute feature in that you are writing music that has a role to play in helping tension, adding drama etc. The main thing for me when composing is that I need a certain amount of time to compose, and working with a director who knows what he/she wants is great. The problems occur when the director is not sure what they want until they hear the music. This can be difficult and time consuming, it's a working process like any other.”

What sort of music did you provide for Soul Searcher (which I haven’t seen yet, but have heard good things about)?
“The score for Soul Searcher was always intended to be a large action fantasy film score with a live orchestra and choir, even before I was involved. Neil Oseman the director advertised for a composer who had experience in writing music to film and had a knowledge of orchestral music. So that was the basis to start from. Neil has various e-mails, criticising him about this (especially as there was no real budget).

"I tried to deliver a large orchestral score that has big grand themes and a sweeping love theme combined with a choir to add otherworldly and quasi-religious overtones. Again we had one day to record approximately 50 minutes of the score with a 60-piece orchestra. (There seems to be a pattern emerging!)”

How did you start composing for stage and film?
“Whilst at college, I got involved in writing music at the Haymarket Theatre, Leicester and then the Playhouse Theatre whilst at university in Nottingham. Also while at university I met a few directors who asked me to write some music to their short films.”

What have you not been able to do with a score - because of budgets, schedules or whatever - which you would really like to do?
“The biggest problem with recording the orchestral scores is time. In order to record that much music within one day, there are going to be problems with the performances. Hollywood feature films have many days to record the score, where I had one day, so for me the next orchestral score I do I'm going to try and get at least a little bit of overtime with the players on that one recording day. 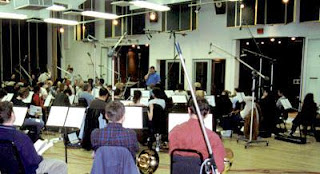 "Also, I have been in brief talks with the director of a sci-fi/horror film which I have read the script for. It reads brilliantly and I would love the opportunity to score it; creating the type of score that I have never written before: really atmospheric, dark, creepy, a real spine chiller. Also next year I have been approached to score a Viking film, an American/Danish co-production which will be fun.”