The Season of the Witch 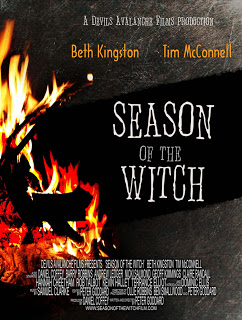 There are many films much better than The Season of the Witch but, to be fair, there are also some that are worse. Technically, this is quite poor with an awful video look that has had no colour correction, with light and tone changing from shot to shot. The sound recording is generally good but the sound mix needs a fix as there is not only far too much music but on occasions it drowns out the dialogue.

Some of the acting is actually pretty good, especially Hollyoaks’ Beth Kingston as Alice, a teenage girl visiting the village where her late grandfather lived, who precipitates the action. And, without mentioning any names, some of the acting is staggeringly awful. It doesn’t help that some characters have been looped by different actors. For example, Dominic Ellis plays Alice’s younger brother Sam but the voice is Rohan Gotobed (young Sirius Black in Deathly Hallows Part 2!). Nicki Salmond plays their mother Mary with a voice which may or may not be Salmond’s but which signally fails to match her lip movements.

Which is the sort of stuff I would normally write at the end of a review but I feel compelled to write this one backwards, to some extent, because I get the impression that is how the story was created. It all ends with a clearly Wicker Man-inspired human sacrifice which is actually well-edited and photographed and pretty effective. But what leads up to this is a bit confusing, and before any of that there’s enormous amounts of padding. 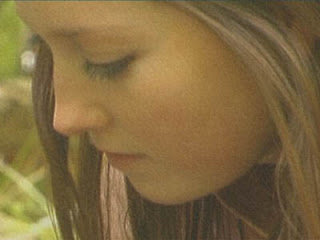 The setting is the village of Maiden’s Hollow which, according to the sign, is ‘twinned with Grockleton”. I don’t know if that means writer-director Peter Goddard has seen, or was involved with, Peter Stanley-Ward’s Grockleton-set Small Town Folk or whether he is just using the same generic term for the county town of Mummerset. Despite being a one-shop, one-pub place with an apparent population of about 100, Maiden’s Hollow is referred to several times in the dialogue as a town and there is even mention of the ‘town centre’. Which basically means the shop and the pub.

Mary and her children turn up the day after grandad’s funeral (shown in a prologue) to spend a couple of days clearing out his house. The postman Harry and his wife Susana (Barry Robbins and Claire Randall) seem unfriendly but the couple who run the village shop, John and Kate (producer/1st AD Daniel Coffey and Hannah Cheetham), are more approachable. Friendliest of all is the Rev. Michael Howdy (Tim McConnell) who moved to the village a few years ago after his wife was killed in a car crash.

Long story short, Alice is apparently a dead ringer for Howdy’s ex-wife (despite being about 15!) so he goes mad and kills her, whereupon the villagers grab their flaming torches and kindling and set about dealing with the murder via a local burning for local people. Despite the title, there is no suggestion that Rev. Howdy - or anyone else - is a witch, nor is any reference or allusion ever made to witches or witchcraft.

One reason this doesn’t fail completely is because of lots of odd things, some of which are presumably meant to be arty, some of which may have a significance that is never explored, and some of which may just be non sequiturs. When first we see Kate, for example, she is reading a newspaper which is very, very obviously about 20 years old. There are a number of dead animals - a fish, a butterfly and a rabbit - photographed at length in extreme close-up. Who knows what they signify (apart from death, presumably). Alice asks Rev. Howdy about a grave in the churchyard which is marked only with a plain cross, lacking even a name. He tells her he too has often wondered about that - as shall the viewer, the subject never being brought up again. Oh, and the murder weapon is a fossilised ammonite(?). 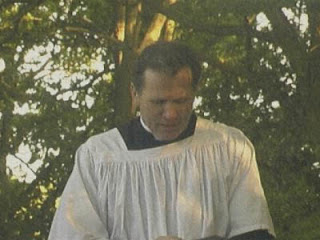 But the main reason why The Season of the Witch kept my attention and justified a review is that there is an interesting (albeit I suspect, unintentional) communal character development. In that initially Maiden’s Hollow seems like one of those isolated, backwards villages like Mortlake in Inbred, full of creepy folk who don’t take kindly to the few visitors they ever see. You ain’t from round here, boy - sort of thing. The only exception to this, providing a warm welcome, is Rev. Howdy.

But, after about an hour of frankly tedious, dull exchanges between characters discussing the most prosaic stuff, things pick up when Howdy goes loco. Harry, John and landlord Tom (Andrew Ledger) lead the efforts to find Howdy and console the distraught Mary, with John’s big-brotherly efforts to get information from the taciturn Sam paying off nicely from their first meeting in the shop when he showed some real friendliness towards the lad.

And then, as the third act makes up for the lack of interest in the first two, the what’s-normal-anyway pendulum swings back again and the villager’s summary execution of the killer reveals that they are indeed a bunch of inbred, backwards loons with their own medieval attitudes.

So while there’s lots wrong with The Season of the Witch, there’s enough right with it to keep me interested for 98 minutes and British horror completists will find the movie worth their while. Most of the cast and crew are Goddard’s stock company who have worked on various shorts and also on his second completed feature Any Minute Now. Among the few with any other credits are Kevin Hallett (The Scar Crow, Kill Keith) and Steve McCarten (The Harsh Light of Day, Stalled) as an unnamed rentavillager in the climactic angry mob. 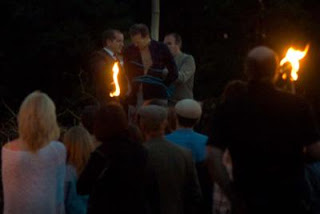 Five ‘cinematographers’ are credited which explains the variable (but generally substandard) picture quality. I’ve said it before and I’ll no doubt say it again: asking someone to hold the camera doesn’t make them a cinematographer. Rev. Howdy has a couple of short dream sequences parts of which were clearly shot on super-8 but other parts of which were equally clearly shot on video then made (somewhat ineffectually) to look like super-8.

The Season of the Witch was shot in 2008 for about a thousand quid and was set to premiere at the Bourne to Die Festival in January 2009, which was cancelled. After a cast and crew screening in Goddard’s home town of Fordingbridge, the movie eventually premiered at the Brit Flick Film Festival in Portsmouth in August 2012.