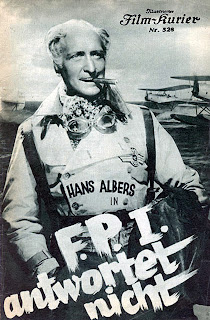 I taped this one off Channel Four back in the early 1990s. I vividly remember that evening because, by judicious timing helped by one channel running five minutes late, I was able to record this film, Jean Cocteau’s Orphée, and the animated classic Mad Monster Party off three different channels. I bet no-one else in the country watched that eclectic little selection!

Conrad Veidt - and surely there is no such thing as a bad Conrad Veidt film - plays Ellissen, “the famous airman who just flew back from Australia in record time.” This was of course the era of Amy Johnson, Amelia Earhart, Alcock and Brown - when aviators (and aviatrixes) were the biggest stars in the world. He stages a break-in at the Lennartz Shipyards, stealing the plans for something called FP1 - except he hasn’t stolen them, he has just hidden them and secreted his tame press photographer called ‘Sunshine’ (Donald Calthrop: The Man Who Changed His Mind and the 1931 version of The Ghost Train) in the room to snap the Lennartz brothers (Nicholas Hannen and William Freshman who later directed The Telegoons!) as they discover them.

It’s all a ploy, you see, to draw attention to the FP1 design created by his old friend Lieutenant Commander BE Droste (Leslie Fenton: House of Secrets) - and it works. FP1 stands for Floating Platform Number One which is basically an enormous moored aircraft carrier in mid-Atlantic, 1,500 feet long by 450 feet wide. This artificial island will allow aeroplanes to cross the Atlantic with ease: situated at a point roughly equidistant from the closest coasts of all four Atlantic continents, it is only 12 hours flying time from Europe, Africa or North or South America. A montage of spinning newspaper headlines promises ‘America in 24 hours’! (Am I alone in always looking to see what the secondary headlines are on these sort of fake newspapers? One of the ones here announces ‘Shah to sell crown jewels.’) 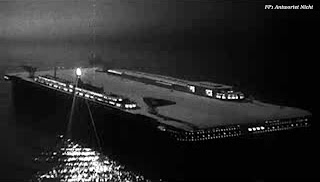 Suddenly a telegram comes through for Ellissen, informing him that a brand new aircraft, the Meteor 7000K, is now available for him and he resolves to use it to become the first person to fly around the world non-stop - starting in half an hour! The slight complication is that, in the process of helping Droste, Ellissen has met and fallen for the Lennartz’s sister Claire (Jill Esmond, later a regular in The Adventures of Robin Hood), who is already enamoured of Droste himself. It’s that old eternal triangle.

Anyway, Ellissen flies off and is not heard from again until FP1 is finished and in place, after two years, seven months and eleven days. He comes back into Claire’s life, admitting that he crashed in Alaska and has been wandering the globe since then. But now he has sworn off flying, sworn off adventuring; he wants to marry her and settle down.

Meanwhile out on FP1 itself trouble is afoot. Industrial espionage has dogged the project all along and now there seems to be a saboteur aboard (we see the saboteur’s paymasters and although it’s not clear who they are I think it’s reasonable to assume that they’re shipping magnates who will lose business to a transatlantic air route). Discovered, the saboteur shoots and injures Droste, destroying the radio in the process.

Claire and Ellissen hear the shots then the radio goes dead. FP1 doesn’t answer! - which is the German title for the film: FP1 Antwortet Nicht. They fly to the platform, despite Ellissen having given up the hobby, and find everyone aboard knocked unconscious by gas, with the water ballast tanks filling and no oil to power the diesel engines that would turn off the pumps. Awakened from their slumber, the cowardly crew take to the small emergency boats to escape the slowly sinking platform, leaving the three Lennartz siblings, Droste, Ellissen, Sunshine (who was aboard disguised as a crewman, making him something of a red herring) and a couple of senior officers. 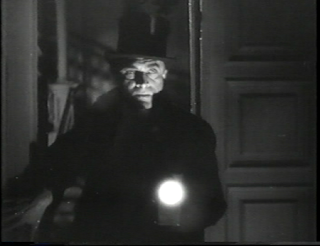 Ellissen’s Junkers was damaged on landing - can they repair an old biplane which they have lying around? And can Ellissen justify letting Droste fly for help, despite his having a bandaged head and a broken shoulder, just because he has now sworn definitely never to fly again? Will he realise that Claire truly loves Droste and he should let her go if he cares about her?

Secrets of FP1 is terrific stuff. Pre-war British science fiction movies are thin on the ground and most people would be hard pressed to name any except Things to Come. Those that do exist tend to be thrillers or comedies based around a scientific McGuffin, usually a remote controlled vehicle (You’ll Find Out, Bulldog Drummond at Bay) or a death ray (Q Planes, The Last Hour). Obviously the impending dawn of fast transatlantic travel was a hot topic in the 1930s because there were no fewer than three films dealing with possible replacements for the long ship voyage: FP1 proposed breaking the flight in half via an artificial island; The Tunnel suggested a damn great tunnel under the ocean; and only the most obscure of the trio, Non Stop New York, accurately predicted that jet planes would come along and do the trip in one go.

All three were produced by Gaumont British, although FP1 and The Tunnel were remakes of German films (French versions of both movies also exist). Phil Hardy’s Aurum/Overlook Encyclopaedia of SF, one of the very few places this film gets a mention, maintains its tradition of being wide of the mark by describing the plot as “a flying ace’s adventure story about the cut-throat competition in the airline business” while also claiming that the English version, shot the same year as the German and French versions using the same sets, is “a German film through and through” which is nonsense. The opening credits of the print screened by Channel Four ten years ago clearly state ‘A Gaumont British Picture distributed in the UK by Renown Picture Corporation Ltd.’ Curiously, although the credits list the cast there are no crew named, not even the director, possibly to hide the German involvement. 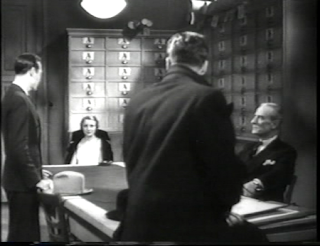 Also in the English cast were George Merritt (I, Monster, and an uncredited villager in The Ghost Train), Warwick Ward (in a 1928, pre-Todd Slaughter version of Maria Marten), Alexander Field (Dark Eyes of London), Francis Sullivan, Billie Watts (both also in Non Stop New York), Walter Sondes (The Iron Duke) and Phillip Manning - a genuine doctor who played the ship’s doctor and is the only actor in both the German and English versions. The German version notable featured a young Peter Lorre in the ‘Sunshine’ role with Hans Alber (The Blue Angel, The Adventures of Baron Munchausen) as Ellissen and Sybille Schmitz (Vampyr) as Claire, while the extremely obscure French version (IF1 Ne Repond Plus) starred Charles Boyer (Lost Horizon) as the aviator.

The effects by Metropolis/Die Frau im Mond veteran Konstantin Tschetwerrikoff are pretty impressive. Cameras swoop over a miniature platform on which tiny model aeroplanes land and take off. For scenes on deck a large set was constructed which matches pretty well. Although everyone except Veidt talks with a plummy ‘Mr Cholmondley Warner’ voice, the hotel where some of the action takes place is identified as being in Hamburg. The script is based on a 1932 novel, FP1 Antwortet Nicht, by none other than the great Kurt Siodmak (Donovan’s Brain, The Wolf Man, The Beast with Five Fingers, etc) which was published in 1933 in English as FP1 Does Not Reply (in the USA) and FP1 Fails to Reply (in the UK) - neither of which title has quite the snappy appeal of FP1 Doesn’t Answer, the title under which most reference works list this film. I have not yet come across any evidence that it was released under that title in the UK: the C4 print was clearly called Secrets of FP1 although the TV listings mags just called the film FP1.

However, this may conceivably be a reissue. Hardy lists a running time of 90 minutes and the Innacurate Movie Database cites 93 minutes for the UK release, 74 for the US release - but I wouldn’t entirely trust either. What I do know is that this version ran about 75 minutes including a single ad break and had the Secrets of on-screen title. Possibly I need to do some more research on this one...

Karl Hartl directed all three versions of FP1 as well as the French and German versions of Gold - though that film was never made in English for some reason. Writer Stevenson, who anglicised Reisch’s German screenplay, was born in Buxton(!) and went on to become one of Disney’s leading live action directors, helming such classics as Mary Poppins, The Love Bug, The Absent-Minded Professor and Bedknobs and Broomsticks. 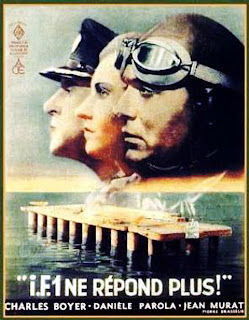 One of the more bizarre spin-offs from the film is a song by Veidt - not so much sung as spoken - called ‘Where the Lighthouse Shines Across the Bay’ which was included on an early 1980s British LP called Movie Star Memories and actually became quite popular when Terry Wogan played it on his Radio 2 show!

Secrets of FP1 is more than just an oddity. It’s a fascinating insight into the state of both science fiction cinema and scientific advancement in the early 1930s. Yes, it’s a little stagey and the technical developments are essentially background for a melodrama, but it’s none the worse for that. I would love to see the longer version (although if it just lays on more melodrama it may not be as good of course), and it would be fascinating to compare the German and French versions with this one.

Review originally published before November 2004
Posted by MJ Simpson at 22:16