Severance, the second horror movie directed by Christopher Smith (Creep), was released in British cinemas in August 2006. It was the debut feature for screenwriter James Moran, who very kindly agreed to a short e-mail interview a couple of weeks later. 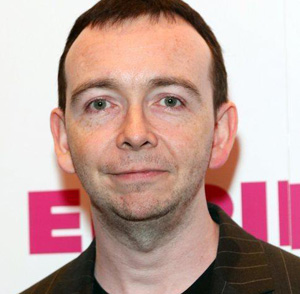 What was the initial inspiration for Severance and how close is the final film to what you conceived?
“All I had originally was: ‘yuppies go on team-building weekend in the country, get picked off by psycho killer.’ I'd come home in a bad mood, after a bad commute where loads of pinstriped yuppie swine had been pushing past me and everyone, shouting on their mobile phones, and generally being obnoxious. I decided to put some into a horror movie and kill them all in extremely painful ways. Then I realised that there was some interesting ground to cover by putting a bunch of ordinary British office types into a slasher movie and seeing how they would react. The movie is exactly what I wanted, it's very close to the original script, and keeps all of the same story beats, so I'm extremely happy with it.”

How did Christopher Smith get attached to the film and what did each of you bring to the finished script?
“Qwerty bought the script and I did a new draft for them. After that, they went looking for directors. Chris was just about to release Creep and we all thought he'd be perfect for it. I was worried that any director would want to tone down the extreme violence but when I saw the ‘operation’ scene in Creep, I knew I was in safe hands. I did a new draft based on his notes, then we worked on it together. He really wanted to push the arms industry angle, I originally just had a mention of where they worked at the end, in an ‘isn't it ironic’ way. But he correctly saw that there was more mileage in that, so that's when we put in all the weapons company background stuff. We both brought our passion for horror movies, for telling a good story, and for not settling for any easy options.” 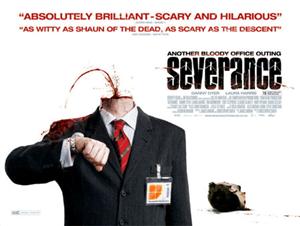 How did the funding from the Film Council etc come together?
“Sorry, I have no idea about that side of it, I only ever dealt with Qwerty, so wasn't aware of the financial arrangements at all.”

What sort of balance were you aiming for between the comedy and the horror - and to what extent do you think you achieved that?
“We had a simple rule: the comedy has to be funny, but come from the characters rather than making gags; and the horror has to be proper, scary horror. We didn't want one-liners or quips, we wanted to make sure any humour came from the characters and situations. That made it feel more realistic, in a way, and it really helped the horror side - because we weren't being overly jokey, it was even scarier when things went horribly wrong. I think we got it just about right, it's never too jokey, and never so traumatic that you can't get a laugh afterwards.”

Opening the film, without explanation, with a scene from much later in the story is a bold move. I think it works, and not just as an attention grabber, but I would be interested to know your thoughts on the prologue.
“Prologues are tricky; we didn't want to open with a scene from the previous killings, and we didn't want to do one of those ‘here's a scary scene from later on! - a-a-and now back to the start, you'll have to wait now’ tease things. So we did a tease thing, but disguised it, and made it look like it had already happened. So we got to do both, with none of the disadvantages of either. We were very worried that people wouldn't realise what we'd done, and we thought about putting more explanation in, but we quickly found that people got it as soon as they saw George and the girls in the fancy lodge. Audiences are much smarter than anyone expects, which is a relief. Plus, you have to start with a bang in horror, especially if you have quite a slow build up, which we have.” 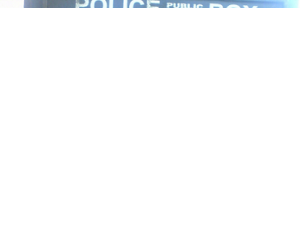 What other projects are you working on (or thinking about)?
“Another horror, Curfew, which is a straight horror this time, no comedy, a raw, 1970s style horror thriller. I've just started a straight comedy, too, with no deaths or anything like that. I'm also working on two other outlines with two directors, and if all goes well I'll get to write the scripts for those - one's a straight horror, one's a sort of adventure/mystery/horror. And I mention this in every interview, just in case they're reading: I'd kill to have a go at the Preacher graphic novels. I think they'd make a superb set of movies, or even just one. So if you're out there, give us a chance!”