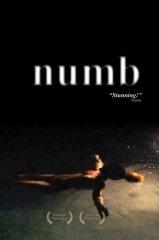 Here’s a novelty - a film which takes its title from the sensation it creates in you. Or at least, the lack of sensation in your bottom after sitting through 77 minutes of the most tedious, soporific science fiction film ever made. Numb is a film that makes you long for the fast-paced action and edge-of-the-seat tension of Tarkovsky’s Solaris.

In the future (apparently), a woman goes looking for her father (or something: husband? brother?) and enters some sort of hospital. There’s a guard at the entrance barrier though what he does all day is not clear because apparently only one person ever enters or leaves, and that’s Miles. Whoever he is.

The woman eventually meets Miles and they go off somewhere and I think they stop at a petrol station for some reason. But really I was having difficulty keeping my eyes open because this is just so, so boring. We don’t know who these people are or what they’re doing, let alone why they’re doing it. The lack of interest is not helped by two confusing decisions. First, the film is in black and white apart from the flashbacks to the girl’s earlier life which are in colour. That may be a clever subversion of cinematic convention but you know, those conventions are there for a reason and if you want to subvert them you had better have an even stronger reason pointing the other way. 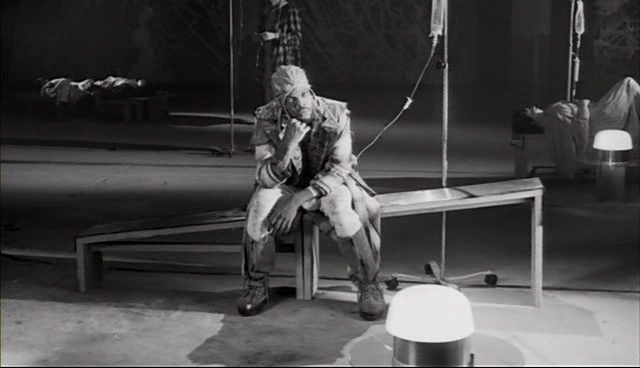 But even worse is that scenes are all jumbled up, jumping backwards and forward in time almost randomly, often to scenes involving the same characters. Even if the film was interesting it would be impossible to follow what’s going on. It’s something to do with some sort of drug that everyone in the hospital takes by means of a drip. But the meaning or significance - or plot - is entirely lost on me.

Numb (originally titled Yerba City) is a film where not only nothing happens, but it happens very slowly. And in the wrong order. I guess the cinematography’s not bad but you don’t come out of a film whistling the cinematography.

I’m sure a great deal of work went into this and kudos to Michael Ferris Gibson for making a feature film, but it really is unwatchable. Quite a few people went to the bar after half an hour or so when it looked like it wasn’t going to get any better, but being a diligent reviewer I stuck it out to the bitter end. 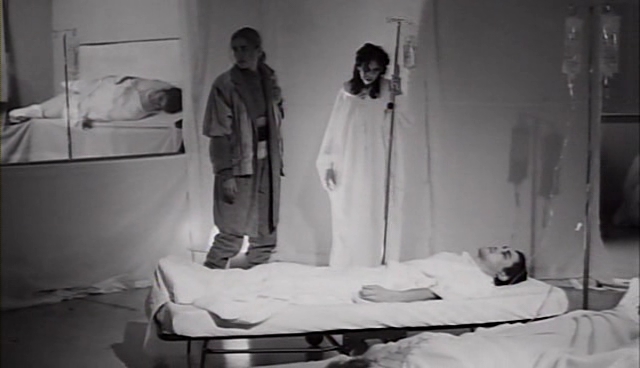 Apparently Gibson is now making a film called either Craigslist: The Movie or 24 Hours on Craigslist. Craigslist is, we are told “the fastest-growing, grassroots cyber-community” though it needs to grow a bit faster if it expects anyone outside San Francisco to have heard of it. And this is a film about all the things that people post on this website during one 24 hour period. So that’s a film about a day in the life of a website. Presumably the idea is that once that film exists, Numb will only be the second least interesting movie of recent years.