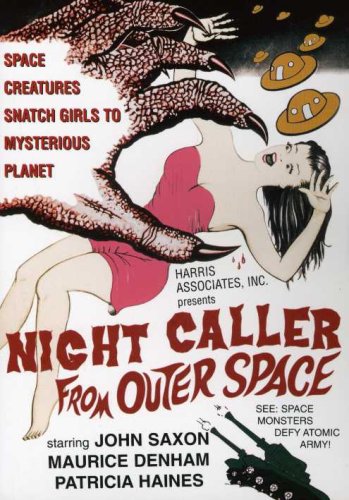 It’s easy to think that British SF cinema never extended much beyond the Quatermass trilogy and a handful of other Hammer outings. In fact, there were a fair few science fiction movies made in the UK in the 1950s and 1960s, and here’s an odd one.

Professor Morley (Maurice Denham: Night of the Demon, Countess Dracula), Ann Barlow (Patricia Haines: Virgin Witch) and Dr Jack Costain (token yank star John Saxon: Tenebrae, Cannibal Apocalypse, Enter the Dragon) are three scientists who investigate an unusual meteorite which crashes to Earth just outside London. It turns out to be a sphere, about 18 inches in diameter, which has somehow landed without causing a crater - or even a dent - and is several degrees below zero. Back at a military research base, under the command of John Carson (Taste the Blood of Dracula, Plague of the Zombies) - in an excellent performance - the sphere is investigated. Something tries to attack Ann when she is in the lab alone that night, but there’s no sign of a break-in.

It transpires that the sphere is some sort of matter transmission device that allows an alien being to come to Earth. Dr Costain investigates, to his cost, and the alien escapes from the base in a stolen car. But don’t start wondering how he knows how to drive, because half an hour in, this suddenly turns into a completely different movie. 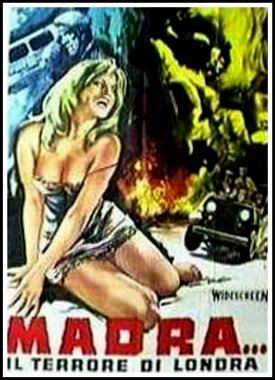 More than 20 young ladies have disappeared from London in less than three weeks and the police are baffled. Costain has told the papers about the escaped extraterrestrial because he thinks it has some connection with the missing girls. Eventually, it transpires that all the girls had answered an ‘amateur models wanted’ ad in a magazine called Bikini Girl(!), placed by someone named ‘Medra’ (an anagram of dream, though I don’t know if that’s relevant). The replies - more than 200 so far - are going through Thorburn’s, a porno bookshop run by the great Aubrey Morris (A Clockwork Orange, The Hitchhiker’s Guide to the Galaxy) in a deliciously slimy, perverted role. Medra picks up the envelopes every couple of days so they could just catch him - but Ann has answered the ad herself and arranged to meet Medra at the shop (eh?).

She goes in, watched from across the street by Costain and Scotland Yard Superintendent Hartley (Alfred Burke: Children of the Damned); she walks right past Thorburn’s corpse, and finds Medra is already there. He kills her just before the police enter, and escapes through a barred but unguarded window. The army and police track down Medra to a derelict farmhouse where it transpires that he is (of course) the alien, from the Jovian moon Ganymede. The girls have been taken for genetic transplants (or something) but he says they will be returned unharmed. Then he leaves.

Has ever a film looked this good and made this little sense? Though the first 30-minutes is great stuff, the rest of the film is Z-movie nonsense of the lowest level. How does Medra know so much about Earth culture, not just how to speak English and how to drive, but how to spot the sort of dodgy establishment which would act as cover address for a scam like this? How has he rented and decorated his suite of offices? Why does he only need attractive young women, and why has he gone to all this trouble instead of just grabbing unwary girls off the street?

Throughout most of the film, all we see is a tall figure in a long coat with face covered by hat and scarf - but his hand is a silly-looking rubber claw. Right at the end he reveals himself as looking completely human (even got a small beard!) apart from some small patches of scar tissue on his cheek. So if he’d just kept his huge right hand in his coat, he could have passed for one of us! 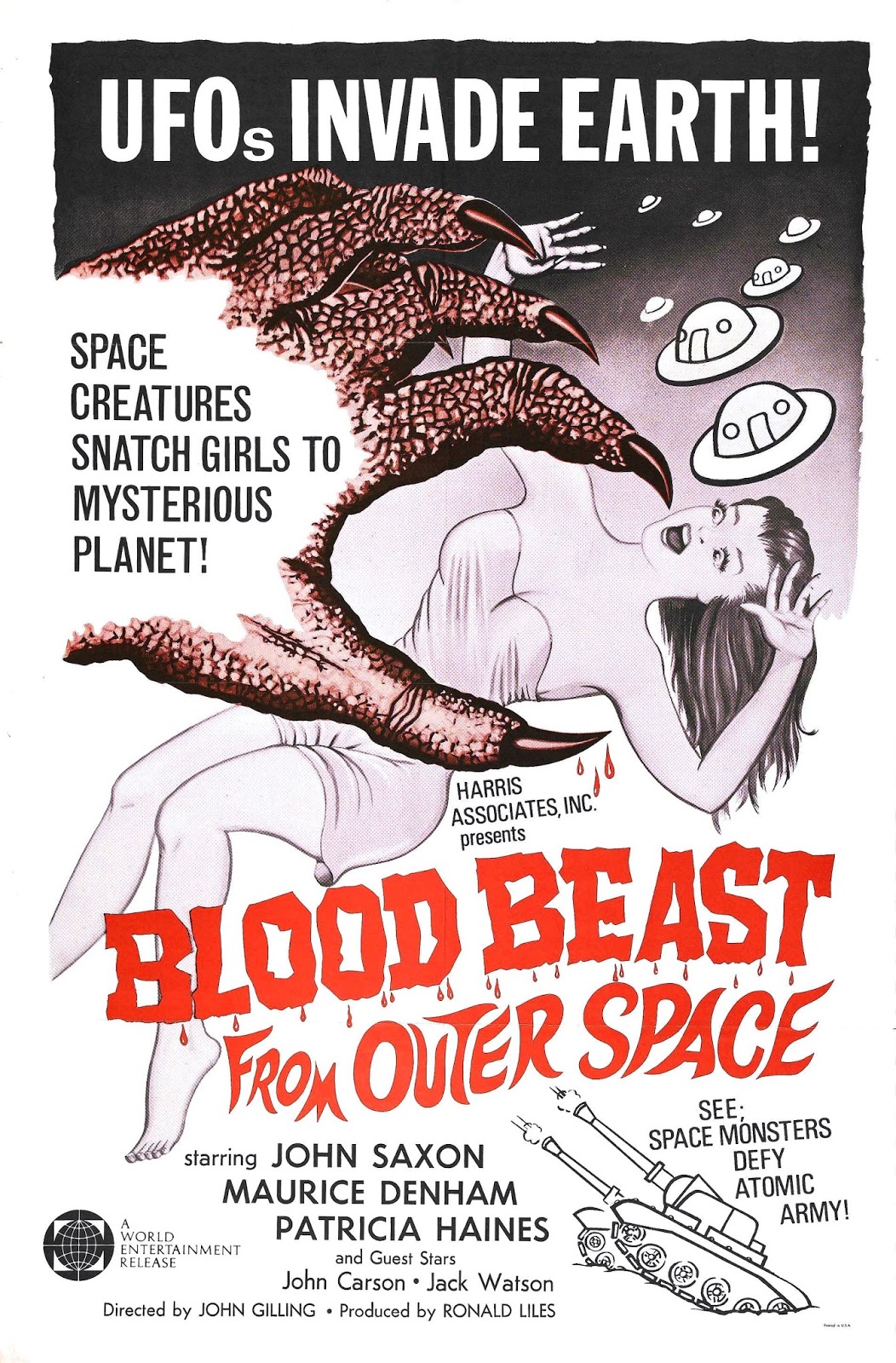 I get the impression that director John Gilling realised early on how daft all this was (it’s based apparently on a novel by someone named Frank Crisp) and decided to play some scenes for comedy. There’s a lengthy scene of Costain and Hartley interviewing the parents of one of the missing girls: Dad is Warren Mitchell, Mum is prolific Hammer actress Marianne Stone, the whole thing seems semi-improvised and is laugh-out-loud funny. The great Ballard Berkeley (Fawlty Towers) is enjoyable as a senior army sort, and Jack Watson (From Beyond the Grave, Konga) plays a Sergeant-Major straight out of The Army Game.

Gilling directed Mother Riley Meets the Vampire, a whole bunch of Hammers, and episodes of various ATV adventure series. Writer Jim O’Connolly went on to direct Berserk and Valley of Gwangi! Technically the film looks great, packed with all the squaddies and scientists that characterise the best British SF. The cinematography is by Stephen Dade (Dr Blood’s Coffin, The Avengers) and the art director was Harry White (Behemoth the Sea Monster, Curse of the Fly). The film was retitled Night Caller from Outer Space in the United States.

Most sources list this as 83 or 84 minutes, but this TV print runs only about 77 and omits a ‘romantic theme song’ referred to in some reviews.