Tom Mes is the author of Agitator: The Cinema of Takashi Miike (available from the always excellent FAB Press) which is the first ever in-depth look at the cult Japanese director. Tom runs the excellent Midnight Eye website on Japanese cinema and took time out to answer some questions for me. 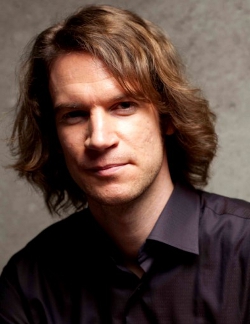 How/when did you first come across the work of Takashi Miike?
“I saw my first Miike film at the Rotterdam Film Festival in 2000. They were showing three Miike films that year: Dead or Alive, Audition and Ley Lines. At that point I had never heard of Miike before, so I went in with a clean slate and no expectations, which was a real blessing. All the hype around Miike didn't start happening until after that festival, which would prove to be his international breakthrough. I'd met Japanese director Makoto Shinozaki (who wrote the foreword to my book) during the festival and he recommended I should go see Dead or Alive, because, and I quote: ‘The last ten minutes will kill your mind.’ That was no lie, because I haven't been the same since.”

The handful of Miike films that I've seen don't appear to have anything in common, apart from all being very unlike anything else. Are there any themes, motifs or stylistic touches which you think characterise a 'typical' Miike movie (if such a beast even exists)?
“You're right in the sense that there seem to be no links between Miike's individual films if you've seen a handful of them. But as you watch more, you'll start noticing similarities in the kind of issues he treats. Miike's work is actually incredibly consistent, both on a thematic and on a stylistic level. It's quite an astounding feat given the number of films he makes and all the different scriptwriters he works with. What he's most concerned with is people who fall outside established definitions, be they cultural, national, physical, whatever. He has a great interest in what he calls ‘floating’ people, the people who fall between the cracks because they don't fit in. His work has great social merit because of this. Showing people the consistency, and thereby the validity, of Miike's work was my main goal in writing this book.

”As for a typical Miike movie, probably the one film that best sums up the entirety of his thematic and stylistic concerns is Ley Lines. If you want to understand the filmmaker Takashi Miike, that film is an absolute must-see. And even if you don't, it's still a must-see, since it's an amazing piece of work.”

How long has it taken you to write Agitator, and what has been the most difficult aspect of the project?
“The whole project, from first preparations to printing, took just over a year and a half. The actual writing was done in about six months. Without doubt the most difficult thing was tracking down all the films, particularly all his early made-for-video stuff. I must have been to every second-hand video shop in Tokyo, and there's a lot of them! Most of those films are out of print and are even difficult to find in rental stores there. The only way you can still get hold of them is in second-hand places where they sell ex-rental tapes. It took me two trips to Japan to get hold of everything. I found the last film I was still missing on the very last day of my second stay in Tokyo. It's a good thing I found it too, because it was Miike's very first film, so it was pretty crucial.”

What help has Miike given you and what does he think of the book?
“He's been extremely helpful. No request was too strange and he helped in so many ways. He lent me some of his own copies of his films, donated personal photographs for use in the book, checked facts, and took time out from his inhumanely busy schedule for a marathon seven-hour interview.

”At the moment he hasn't seen the book yet, so I don't know his final thoughts, but he was very genuinely surprised when I first told him about the book. He never considered that someone would look at his work in that way. I really look forward to hearing what he thinks of the finished work, but I hope he'll ignore what I've written and just continue to make films like he's always done.”

How has Miike's attitude to his work changed now that he is making films that will have a global audience, rather than just a domestic one?
“I don't think it's changed at all. He is very aware that it's a temporary thing and that all the hype and the interest can be over when festivals and media find the next outrageous filmmaker to go bonkers over. Of course, I hope this won't be the case and one of the reasons I wrote this book was to help make him an established and recognised filmmaker, because I think he deserves to be seen among the greatest filmmakers active today. But as far as Miike is concerned, if a handful of people passionately like his films, he has enough motivation to keep doing what he does. He cares about the process of film-making more than about how the films are received.” 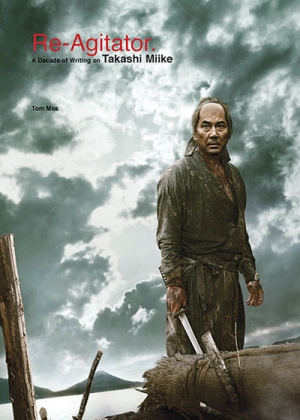 Just why does Miike make so many movies? Doesn't he ever sleep?
“No doubt he skips nights on a regular basis when he's shooting. On the one hand it's his own attitude, he likes the constant level of tension and adrenaline that comes with making one film after another. On the other hand, the way the Japanese film industry is structured allows a filmmaker to make six, seven or more films a year if he should wish to. A big part of the industry is devoted to making films that are shot on a low budget and with very tight schedules. These films receive a very small theatrical release, but they are intended to recoup their cost on video. Directors need to shoot them for an average of US$500,000, usually less, and in two or three weeks. In return they get complete creative freedom, because the risk for the producers is very low. Since there are so many of these films being made to meet the demand of the video market, it's very much possible for a director to make seven films a year if he wants to. Miike is singled out because he goes to such extremes, but he's certainly not the only Japanese filmmaker to make multiple films a year.”