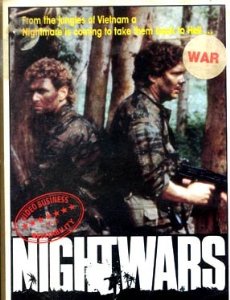 I picked up this ex-rental VHS tape because (a) it was 50p and (b) it had a truly dreadful painting on the front. It turned out to be one of those double-sided sleeves so if you don’t want the awful painting you can see a ghastly, slightly out-of-focus photograph instead.

Trent Matthews (Brian O’Connor: Encounter at Raven’s Gate) and Jim Lowery (Cameron Smith), who calls Matthews ‘Sarge’, are Vietnam veterans. They were held captive by the enemy and tortured by a traitor from their own platoon, the clearly insane McGregor (Steve Horton). Somehow they managed to escape, taking with them their comrade Johnny (Chet Hood: Time Burst: The Final Alliance) - the end credits spell it ‘Jhonny’! - who was being held in a pit.

But Johnny/Jhonny was shot and they had to leave him, though he begged them not to. Since then they have been experiencing pangs of guilt and even nightmares, which are becoming more real. While test-driving a secondhand car (the insincere salesman is Jack Ott from Spiders), Matthews sees Johnny drive past and chases him - but of course it’s a complete stranger who looks nothing like Johnny.

Later, Matthews dreams that he, Lowery and the rest of the platoon are back in 'Nam, but if it’s a dream, how has he got a shrapnel wound in his hand when he wakes up? Things get worse: he imagines McGregor in the car next to him, jumps out and finds himself back in 'Nam again, where he sustains a cut to his neck while trying to rescue Johnny, who loses a finger to a Vietcong machete. 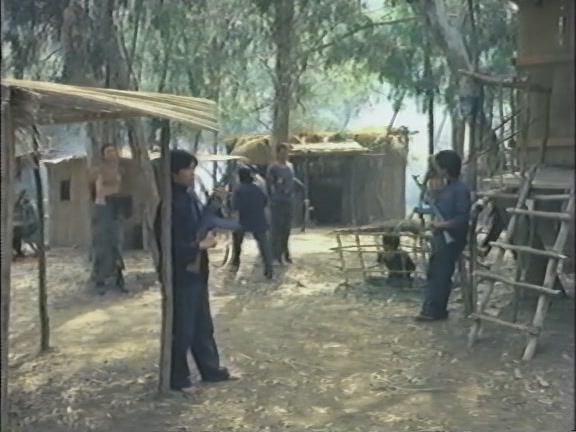 Matthews’ wife Susanne (Jill Foor: Moonstalker) is upset about her husband’s state of mind, about the unexplained injuries he is suffering - and about the finger she finds in their car! She takes this to family friend Dr Mike Campbell played by Grizzly Adams himself, top-billed Dan Haggerty. (Haggerty was also in Terror Night and a 1978 TV movie called Revenge of the Savage Bees, and he is the voice of Terl in the Battlefield Earth cartoon). Haggerty has the fing- wait a minute, there’s a Battlefield Earth cartoon? Ye gods! - has the fingerprint checked and it turns out to be Johnny’s.

What has happened is that time has somehow got twisted because Matthews and Lowery came home without Johnny, who they believe is still held prisoner by the Vietnamese and is contacting them through their dreams. The impression given is that Johnny is still there now, but he looks no older and has apparently been kept in the same hole in the ground for the past 15 years or so. McGregor is out to get the two men, and what they do in their sleep affects what happens in 'Nam, as when a dreaming Matthews runs out of ammo so the watching Lowery hands him a fresh clip in LA - and he suddenly has a fresh clip in Vietnam.

They buy $2,000 of weaponry from an arms dealer (Mike Hickam) who sells from the boot of his car. Dr Campbell initially tries to stop them, believing they’ve both gone loopy, but is convinced when he calls Susanne to tell her he has her husband under sedation and she says no, he’s right here. Of course it’s not Matthews. He looks like Matthews but after he has raped Susanne she sees it’s McGregor, who then stabs her violently. Dr Campbell rushes over but is too late to save Susanne from her invisible (to him) attacker. 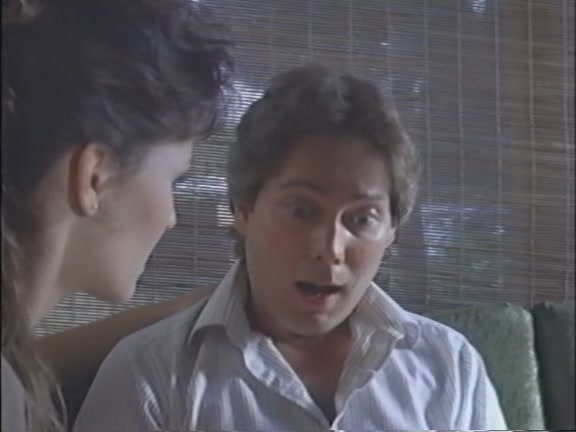 Matthews seems entirely unfazed by the news that his wife is dead, and Campbell doesn’t even bother to explain the frankly unusual way in which she met her end. Instead he helps Matthews and Lowery to rescue Johnny. The two men suit up, black up and arm themselves with plentiful weaponry, then lie down on a double bed and go to sleep (the homo-erotic subtext is of course completely ignored!).

They somehow manage to rescue Johnny but bullets rake the bedroom and the doctor is (I think) killed. It ends with three sweaty men dressed in camo gear lying in each other’s arms on a plush double bed - and still there’s no hint of a gay subtext in any but the most jaundiced minds!

What a daft load of nonsense this all is. It’s basically Hamburger Hill meets A Nightmare on Elm Street and though it’s done sincerely enough it doesn’t exactly hang together, albeit the mixing between reality and dreams is adroitly handled. On the other hand, the pyrotechnics are dreadful (special effects by Chuck Whitton who has no other credits of any sort whatsoever it seems, unless the credits spell his name wrong too). All the explosions in the war scenes are clearly little thunderflashes which send up a shower of sparks but conspicuously fail to move even a handful of actual earth the way that real rockets and shells do.

Of course it goes without saying that all the Vietcong soldiers are lousy shots who can’t hit GIs standing in plain sight only a few yards away, whereas the Yanks can hit obscured targets, shooting from the hip while somersaulting. Speaking of which there is also a plethora of extras leaping in the air and flipping through 180 degrees as the feeble explosions go off behind them, very reminiscent of the two stuntmen employed on Space Mutiny. 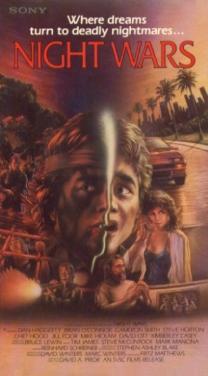 The reasonable make-up is by Robin Slater (Severed Ties, Love Bites, the 1989 Masque of the Red Death) - the painted video sleeve tries to make it look like there are zombies in the movie but there aren’t. Cinematographer Stephen Ashley Blake also photographed the far more entertaining Sorority Babes in the Slimeball Bowl-O-Rama. The anonymous GIs include among their number Troy Fromin (Class of Nuke ‘Em High II and III) and none other than Joe Lara, a couple of years before he first donned the loin-cloth in Tarzan in Manhattan.

Writer/director David A Prior is a self-taught Alabama-based film-maker with nearly 30 feature films - almost all of which have two word titles - to his credit, including Death Chase, Future Force, Raw Nerve, Mutant Species and Codename: Silencer (aka Body Count). The original story for this is credited to Prior, his brother Ted (who served as art director) and casting director William Zipp

When it comes to Vietnam War/supernatural horror crossgenre pics, give me House any time.