This is a very early British horror film - only three years after The Ghoul - though it’s really more of a thriller with its spooky wax museum setting tipping it over into the horror genre. Nowadays, if it is known at all, it is usually as an early credit for a very young-looking William Hartnell (rather quaintly credited here as ‘Billy Hartnell’) before he went on to play a succession of ill-tempered army sergeants and then got cast as the first Doctor Who.

Hartnell plays Stubbs, comic relief sidekick to Daily Tribune reporter Gerry Melville (Patrick Barr, whose career stretched from an uncredited appearance in Things to Come right through to Octopussy, via The Lavender Hill Mob, The Dambusters, latter-day Tod Slaughter short A Ghost for Sale, Gilbert Harding Speaks of Murder, The Satanic Rites of Dracula, The House of Whipcord and The Flesh and Blood Show!). Tall, debonair Barr and small, wiry, cheeky Hartnell have a relationship which at first glance seems very clearly modelled on Richard Murdoch and Arthur Askey, who later made their own contribution to the ‘borderline horror’ genre with a version of Arnold Ridley’s The Ghost Train. Hartnell had himself performed in two productions of Ridley’s play in 1935 and 1936, ironically as Teddy Deakin, the role played by Murdoch in the 1940 film version (Askey’s character is not in the original play and was specially created for the comedian). 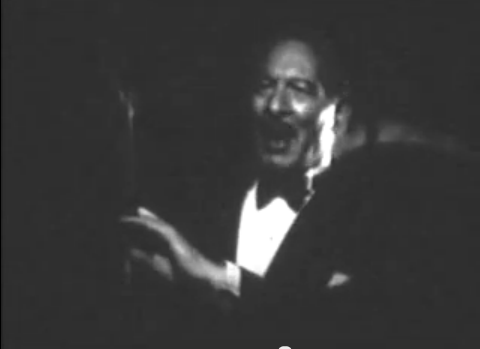 Midnight at Madame Tussaud’s begins with Sir Clive Cheyne (James Carew: Strange Experiment, The Tunnel, The Mystery of the Marie Celeste, High Treason) going to inspect his new waxwork at the world famous London tourist attraction. Sir Clive is a hero of the British Empire - he led a Polar expedition in 1925 and quelled a frontier revolt in 1927 - whose name is, perhaps not coincidentally, pronounced ‘Chaney’.

He and his chums are shown around the museum by ghoulish, bespectacled chief sculptor Kelvin (an uncredited Bernard Miles!). “Ah, there’s Claudette Colbert as Cleopatra,” says one fellow, pointing at a statue of Marie Antoinette. “Don’t be stupid,” replies another. “That’s Greta Garbo as Charlie’s Aunt!” Waxworks of Chaplin and Mae West are also seen and discussed though neither is, interestingly, named.

Shown around Kelvin’s beloved Chamber of Horrors, Sir Clive accepts a hundred pound wager from his friend Harry Newton (Charles Oliver: The Lady Vanishes, Sexton Blake and the Hooded Terror, Ask a Policeman) that he dare not spend the night there alone. Sadly for those hoping to see waxworks of Karloff and Lugosi, there’s no sign of them but we do see statues of Dr Crippen, ‘Brides in the Bath’ murderer George Smith and Monsieur Landres ‘the French Bluebeard.’ Sir Clive says: “All I shall want for a comfortable evening is an armchair, a cigar and the evening papers.” 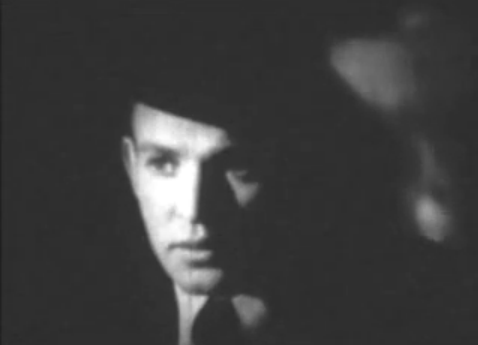 We then meet Sir Clive’s niece and ward Carol (Australian stage actress Lucille Lisle) as she travels in a taxi with her beau, compulsive gambler and crook Nick Frome, played by Kim Peacock. (There is no actual ‘script’ credit on this early talkie, but Peacock is credited with ‘dialogue’ from an ‘original story by James S Edwards and Roger MacDougal’, who also wrote The Man in the White Suit and The Mouse That Roared.) Frome produces a ring and proposes; Melville spots this hot society story immediately when it literally lands in his lap - the discarded Cartier jewel case is tossed out of Carol’s taxi and into the cab containing the two journos!

Frome is of course up to no good - his prospective father-in-law characterises him as a “young man with expensive tastes and no job” - and is actually in league with Newton, who owes Sir Clive £15,000. The plan is that Frome and the love-blind Carol, introduced three weeks ago by none other than Newton, will quickly marry. She will transfer £50,000 of her inheritance to her husband, and Newton will then pay off Sir Clive using his own family’s money, while also scoring a tidy profit to split with Frome and his lover Brenda (Lydia Sherwood), who is explained to Carol as his ‘sister’. But Sir Clive wants the money tomorrow and when it becomes clear that the engagement will take some time, a murder plot is hatched by the dastardly trio.

This is actually quite good news for the men from the Tribune. “What wouldn’t I give for a real, juicy murder,” says Stubbs, to which Melville replies, “You Dracula!” Melville uses his journalistic guile to get into the Cheyne home and ingratiate himself with Carol, who is using the trapeze in her personal gym. 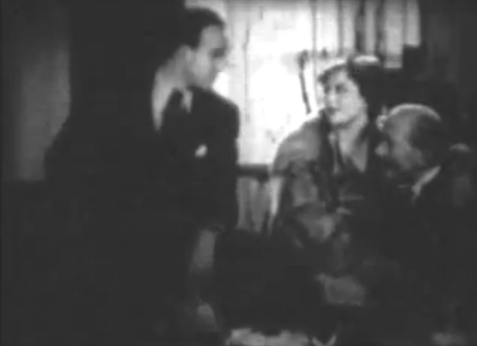 What this all boils down to, after an hour or so of romance and skulduggery, is that Newton plans to murder Sir Clive during his night spent in the Chamber of Horrors, so that Sir Clive will not have him arrested for failure to repay his debts. He conceals himself among the exhibits when the visitors leave and then cuts the face from the Sir Clive Cheyne waxwork so that he can pass as his victim when leaving past the security guard on the door. (After the mask is in place, Newton is of course played by Carew, trying to keep his face emotionless.) All the action of Newton stalking Cheyne is shot silently - there’s no dialogue so there’s no music and no foley - which really highlights both the age of this film and the normal working practices of its experienced director.

Fortunately, Melville has worked out what’s going on, punched Frome’s lights out, and he and Stubbs have made it to Madame Tussaud’s accompanied by Carol and assorted bobbies. The denouement is rushed, off-screen and not entirely clear but everyone seems to live happily ever after apart from the bad folks.

This interesting curio was shot at Highbury Studios in London and on location at Madame Tussaud’s itself ‘with the co-operation of Mr JM O’Connor.’ For American audiences who might be unfamiliar with Tussaud’s, the title was changed to Midnight at the Wax Museum. 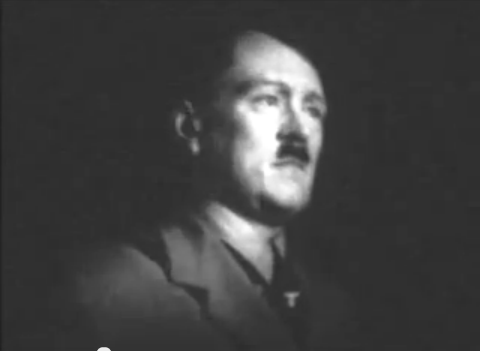 Jonathan Rigby in English Gothic calls Midnight at Madame Tussaud’s “close to being unwatchable” which seems terribly unfair. For fans of 1930s British cinema, it’s an enjoyable little diversion with several notable features for the era, not least some footage shot from inside a moving Rolls-Royce. A ‘Premier Sound Film Production’, it used the RCA Photophone sound-on-film recording system for its soundtrack.

Director George Pearson had a long history of borderline British horror films, having directed Ultus, the Man from the Dead and its three sequels in 1916-17, as well as a 1914 version of A Study in Scarlet and, more recently, such interesting-sounding titles as Murder by Rope, The Secret Voice and The Fatal Hour. Art director Donald Russell also designed the 1962 obscurity Dungeon of Harrow.

Some critics see Midnight at Madame Tussaud’s as a cash-in on the 1933 classic Mystery of the Wax Museum but there is no connection apart from the setting. In any case, the Chamber of Horrors at Madame Tussaud’s had already been used for the climax of an even earlier British talkie, the 1932 Jack Hulbert comedy Jack’s the Boy. However, that was just a studio set - with figures depicting various royal executions and an extraordinary pointy-toothed caveman - as the film-makers presumably did not have the co-operation of Mr JM O’Connor.

Possibly the most disturbing things in the film are the waxwork figures of Hitler and Mussolini, both deliberately featured in close-up (Stalin can be spotted in the background). Three years before the invasion of Poland, these were just two famous world leaders and it is uncomfortable to see them depicted in a British film, devoid of any connotation of war or genocide.

[Frustratingly, there is not a single poster or newspaper ad for this film anywhere online. Nor has it ever been released on VHS or DVD as far as I can tell. Most of the images here are screengrabs from a silent super-8 version on YouTube in which the intertitles rename Cheyne as 'Sir Philip Findley' and Newton as 'Shepard'. - MJS]
Posted by MJ Simpson at 21:19