Chris Manabe is one of a new breed of hot young visual effects artists in Hollywood, having grown up with 3-D animation and knowing exactly how to use it to best effect. I first came across Chris’ work in the movie Spiders 2, for which he animated some of the titular oversize arachnids, and in April 2002 Chris kindly granted me this e-mail interview. 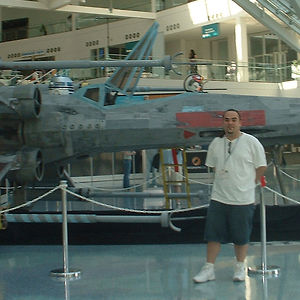 How did you get started in visual effects/animation?
“From a very young age I've always known that I wanted to work on visual effects for TV and films, whether it be make-up effects, practical effects, matte painting, or anything visual. At age 15 I got an Amiga 500 for Christmas and it came bundled with software that included Agesis VectorScape 3-D which was my first experience with a 3-D package; it later became Lightwave 3-D. I upgraded from the Amiga 500 to a 2000 and eventually to a 4000, learning all the paint and animation software available for it (Lightwave, Imagine, Deluxe Paint, etc...).

“When I graduated high school, 3-D animation was not really being offered in any real programs for college but I knew (especially after Tron) that 3-D artistry was my calling. So I got a job at a company called Color Systems Technologies and coloured black and white movies and did colour effects for commercials and TV shows. Although they paid very cheaply, working there was a great break for me because it gave me experience in working with SGI computers and helped me to gain a basic understanding of Irix, not to mention getting to work on some popular shows at the time (Star Trek: The Next Generation, Green Day music videos, and a show called VR.5). While working at CST, I was always developing both my artistic ability and 3-D animation skills. After CST, I started landing jobs as a cartoon colourist and landed a job at a company in Hollywood called US Animation (now Virtual Magic in North Hollywood) using their software of the same name.

"Eventually I landed a job at Creative Capers, which was awesome because there, with two others (Jeff Vacanti and Paul Grant), we started a 2-D cartoon ink-and-paint and compositing department. What a great experience! Capers gave me an opportunity to use my 3-D knowledge for some projects they had been working on, also the use of their equipment. I made my first real demo reel at Capers and with it landed a job at Foundation Imaging! Working at a place like Foundation you start to make connections for other work; hence landing the Spiders 2 job through my friend David Matherly who introduced me to Scott Coulter, the effects supervisor for that film.”

How does one go about animating something as complex (and icky!) as a spider?
“The spiders were rigged so that when you move the spider forward the legs would walk, but for just about every shot I worked on, this was not useful. For a standard walk it was fine but if the spider had to do something special, like climb on top of a freighter, then I had to animate each leg separately. I tried to keep in mind that an eight leg walk is similar to four bipedal walks tied together and then offset, so if the front right leg moves forward the next biped left leg follows, and also that the spiders forward push starts from the back legs, sort of like a quadruped or four-legged animal, minus the waist movements.” 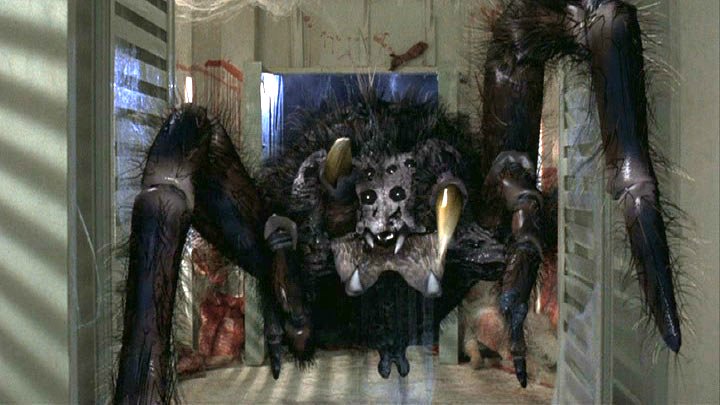 What particular problems did Spiders 2 present, and how happy were Nu Image with your work?
“We had Joe Alter's hair plug-in ‘Shave and a Haircut’ on every spider. So we had to make sure the spiders’ hair was applied properly. If we changed the size of the spiders many times we'd have to adjust the ‘Shave’ hair. Eventually, if I couldn't get it to look right, I just sent it to David Matherly (‘Shave and a Haircut’ guru!) to fix. Talking to Scott Coulter and David Matherly, I know that Nu Image Films were very pleased with my work.”

“In hand keyed animation there's a lot more freedom in what you can do with motion. First of all, you have to animate to the style of what you’re working on, but if the style is loose then the chances are your animation can be loose. Then you’ve got to take into consideration what are you animating: a small, fast moving character or a large, slow one? I really enjoy hand key animation and in my opinion it takes more talent to hand key animation than it does to clean up motion capture. In animation you’re able to bring a character to life not just by making the character walk but by making it walk with its own personality. Also, in cartoon animation you’re not limited by nature’s laws of physics and exaggeration is not only acceptable but in most cases expected, in order to make it exciting to watch. With this type of animation you need to have a strong understanding of 2-D animation principals (anticipation, exaggeration, squash and stretch, arc of motion, secondary animation, etc...).”

Tell me about your personal project, The Demon Within.
“The Demon Within is a personal project that I wanted to do so I could learn more about the live action effects process. I'm a strong believer in doing personal projects in order to not only learn how to use new software, but to discipline yourself in the art. Also I like horror films so this is a sort of tribute to them. The best way to learn how to do something is to do it hands on. After working on Spiders 2, in which I did eight effects shots, none of which required any real 3-D camera reconstruction, I wanted to get deeper into the whole production process.

“I have to say, even though The Demon Within didn't come out the way I really wanted it to, it taught me so much on the importance of every step in the production process. I shot the footage on a cheap 8mm video camera which was a mistake because of the poor quality of it. At least I was still somehow able to use MatchMover 1.0 software to reconstruct 3-D camera data, and it was cool using that software for my first attempt at it. Finally, the modelling of me is not accurate, and I realise that the reason for this is because the pictures I used were not lined up correctly. I should have eyed it more closely; I feel I'm a better modeller then that. But here is what I mean about doing it to learn - after working on this project, my next one will be that much better.” 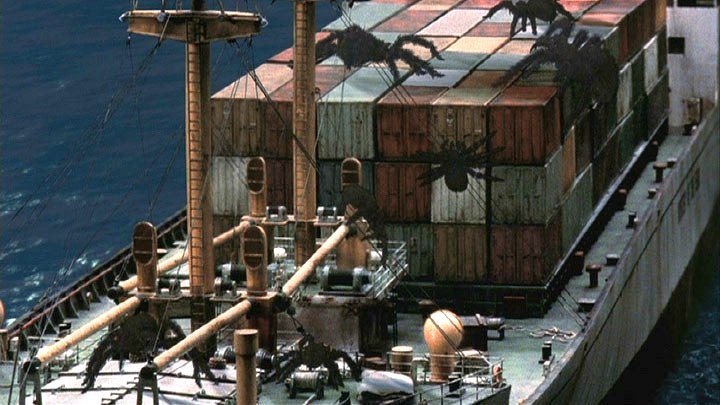 What projects are you working on now, or have you got lined up for the future?
“It seems lately that with many run-away productions leaving Hollywood, I'm doing anything and everything I can to get by. I want to move onto more higher-end productions, so I'm now working on a new project involving Maya 4 Unlimited. The project itself will involve a basketball character, will be an entirely 3-D production, and will have over 30 shots. From the looks of how things are going so far, it will be my best work yet. It should be done in a few months and that's all I'll say about it for now.”