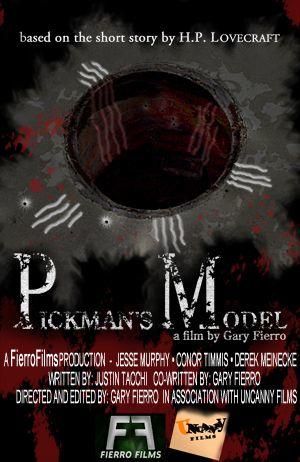 So I said to him, I said to Howard Philips Lovecraft, I said, “Howard,” I said, “Hey Howard... why the long face?”

Sooner or later, everyone makes an HP Lovecraft film. Although there are authors who can probably claim more film adaptations of their work - Edgar Rice Burroughs, Robert Louis Stevenson, Arthur Conan Doyle - the lasting success of those writers is based on established character franchises or a small number of significant, much-adapted stories. Lovecraft is different in that he created a loosely linked oeuvre without any popular characters or stand-out tales so the huge number of HPL-based films is spread right across the available literary sources. Lovecraft is also unusual in having a definable style so there are, in addition, plenty of movies which owe an obvious debt to the author without specifically adapting any of his work.

Much of Lovecraft’s work is simple in narrative structure, relying on atmosphere for its effect. As such, he is an eminently suitable source for a short film, which brings us to this 20-minute version of the 1927 short story ‘Pickman’s Model’. The original tale (which is included here in a series of nicely designed and very readable text screens) is basically a monologue, delivered by an artist named Thurber to a companion named Eliot, although chunks of it are actually recounted dialogue from maverick painter Richard Upton Pickman himself.

Justin Tacchi has done a sterling job of trimming back the mono/dialogue, deftly removing unnecessary verbiage and dated idioms (the film is set in the present day). Jesse Murphy plays Thurber with suitable unease while Derek Meinecke has the small but important role of Eliot, given a little dialogue here. Thurber’s visit to Pickman is framed as a flashback, with Murphy/Thurber sporting a goatee for these scenes. Pickman himself is played by my mate Conor Timmis (Kreating Karloff) who is clearly having a ball, teetering on the edge of over-acting as he channels the likes of Karloff, Lugosi and Price.

The photography by Tacchi’s cousin, director Gary Fierro (who also helped with the script) is particularly impressive during the scenes of Pickman and Thurber examining the canvasses in the former’s cellar, using just the light from a handheld lamp to create a beautiful chiaroscuro effect. Pitch black shadows hide everything but the two men and their specific subject of enquiry, the room and all the other paintings disappearing completely into a stygian – frankly Lovecraftian – darkness. There’s one particularly lovely shot of Thurber where Pickman leans in over his shoulder then steps back, effectively materialising and disappearing like ectoplasm at a seance.

Under beetle eyebrows, Timmis walks the tightrope of madness that characterises so many of Lovecraft’s protagonists. It’s just a shame that the lighting effectively conceals much of the work by make-up artist Norman Bryn (Kreating Karloff, Cloverfield, I am Legend) to make the actor look suitably stressed, strained and strange. On the other hand, the actual paintings (by Fierro) benefit from the low light which enhances their spookiness and allows the audience to imagine them even more horrific than they are.

If there’s a fault with the film it’s in the script which captures the characters, setting and atmosphere perfectly but seems to skim over the central point of Lovecraft’s tale - which is photography. I’ll spoiler protect the next couple of paragraphs for those unfamiliar with the story but I do recommend you read the source material before watching the film. Or maybe watch the film, then read the story (as I say, it’s on the DVD) and then watch the film again to see how your understanding is enhanced, especially around the ‘punchline’ which is one of Lovecraft’s most famous lines but, bizarrely, not actually spoken here. 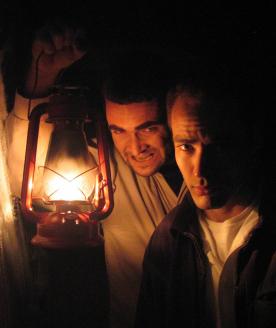 The crux of the short story is that Thurber believes great artists paint from life whereas hacks simply paint from imagination. Any decent artist can churn out paintings of, say, a vase of flowers but a great painter will actually study a real vase with real flowers and somehow capture the essence of that reality. Pickman specialises in paintings of horrific fantasy scenes: grotesque subhumanoid creatures, often interacting with the real world. His technique marks him out as a realist but how can this be when his paintings are fantastical? Pickman admits to Thurber that he uses a camera to capture locations, thus providing realistic backgrounds and settings for his paintings. When Thurber leaves, he takes a scrap of paper from the cellar and later, on examining it, finds that it shows not just the background to a painting but also the demonic subject. The final line of the story is: "I had vacantly crumpled it into my pocket... but by God, Eliot, it was a photograph from life!” Hence the relevance of the title: Pickman uses an actual model.

This script has no mention of photography - although it does retain Thurber’s observation that Pickman is a ‘realist’ painter - and in the final scene Thurber passes Eliot a piece of paper without a word. Despite Derek Meinecke’s shocked expression, there is no way to understand the significance of the paper without that crucial final line of dialogue (or some variant thereof). Lovecraft wrote in an era when it was still possible, without seeming clicheed or trite, to build a short story towards a revelation in the last line. The whole of ‘Pickman’s Model’ builds towards that horrific climax, gradually increasing the foreboding and fear as Thurber describes the paintings and pontificates on the nature of realist art. It really is, in a true (but decidedly non-comical) sense, a punchline. Yet in Pickman’s Model the film it’s not there and we are left to surmise the revelation - which we can really only do if we already know the story. Without some discussion of Pickman’s use of photography, the film’s climax just doesn’t work. Atmosphere yes, characters yes, sense of all-powerful evil and nameless dread yes. But for some reason the actual plot point towards which Thurber’s account of his meeting with Pickman - and hence the whole story - inexorably leads has been muted past the point of comprehension.

The above caveat notwithstanding, Pickman’s Model is a terrific little film and all involved can be proud of their work. It’s suitably creepy and unnerving, it looks thoroughly professional and it’s just the right length. It has been well packaged onto a DVD that includes a 20-minute Making Of, a featurette on Bryn’s make-up, the story itself, a trailer, a slideshow and a commentary by Fierro, Tacchi and Timmis. This is an excellent example of Lovecraftian short cinema and I look forward to seeing more work from those involved on both sides of the camera. (HPL obsessives will know that ‘Pickman’s Model’ has been adapted for the screen at least four times before including a Chilean version and a 1971 episode of Night Gallery.)